How much is Tom Hiddleston worth?

Who Is Tom Hiddleston

Tom Hiddleston is an English actor who is most well known for portraying the god of mischief, Loki, in the Thor series and the Marvel Cinematic Universe at large, including starring in the highest grossing movie of all time. The actor is classically trained, knows full plays off by heart, and has a passion for theater and art films, as he often makes movies for himself outside of the massive franchise. He has worked with some of America’s famed directors, including Woody Allen and Steven Spielberg, and his most popular films outside of the MCU include Kong: Skull Island, Midnight in Paris, and Warhorse.

How Did Tom Hiddleston Get So Rich?

As most of his movies outside of the Marvel Cinematic Universe perform poorly, it’s no secret as to where Hiddleston makes his millions. He has an amazing working relationship with Marvel, as both he and the studio serve each other well. He is one of the few actors in the franchise not to refuse to work unless he is paid tens of millions.

Hiddleston modestly played Loki in the first Thor movie for a mere $160,000, this was a movie that went on to earn $450 million worldwide, partly thanks to Hiddleston’s starring role. The following year, he was again the antagonist in the first Avengers movie, which was one of the biggest events in cinema history at the time. For his second outing as Loki, Hiddleston banked $800,000, which dwarfs what he made the previous year, but still isn’t much compared to the film’s box office gross of $1.5 billion.

It isn’t clear what Hiddleston made for the following two Thor movies, The Dark World and Ragnarok, but it’s surely over the seven figure mark thanks to the success of The Avengers. But he finally started seeing the money his costars were making when he played the god in Avengers: Endgame. The movie star made a massive eight million dollars for that movie, which is surprising as it’s the Marvel movie in which he has the least amount of screen time. All racked up, Loki is barely on screen for ten minutes, meaning that Hiddleston banked about one million dollars per minute of screen time.

The actor’s big break came in the early 2010s when he was cast in several major movies. The first was Woody Allen’s Midnight In Paris, in which he plays the american novelist, F. Scott Fitzgerald, the author of The Great Gatsby, which is known as the greatest novel of all time. The movie became known as Allen’s return to form and his best film in years. Following that, Hiddleston was cast in the Spielberg directed war drama, Warhorse, which received an enormous amount of acclaim and was nominated for several Academy Awards.

With two of the most high profile directors ticked off so early in his career, Hiddleston earned the role of a lifetime, being offered to play Loki in the Marvel Cinematic Universe. He has played Loki six times on the big screen, with Thor, The Avengers, Thor: The Dark World, Thor: Ragnarok, Avengers: Infinity War, and Avengers: Endgame, which is currently the highest grossing film of all time. All of these starring roles means that he has been in more of the films in the franchise than most of the main superheroes. As Loki is an anti hero due to falling somewhere between doing what’s right and what will benefit himself, he is known a Jack Sparrow type character and the wild card in the MCU. Because of this, he has become one of the most iconic villains of all time, and certainly a favorite of many fans of the Marvel series.

Hiddleston has a great work ethic in which he will always return to the MCU and don the jet black wig and murky green cape, but in between those movies he will take roles in much lower budget films, wanting to pursue roles that will satisfy himself more than anything. In the years between the Thor and Avengers movies, he has starred in an eclectic range of films, including High Rise, The Deep Blue Sea, and Crimson Peak, a horror movie costarring Jessica Chastain and directed by Guillermo Del Toro. The only other major hollywood production he has starred in is Kong: Skull Island, a prequel that will supposedly lead to a Godzilla and King Kong team-up movie.

Most of Hiddleston’s success is owed to growing up as a son of an arts administrator and a stage manager, as it was only natural that Hiddleston would show an interest in performing. Hiddleston has dominated stages and learnt entire plays of Shakespeare. Now, Hiddleston can perform the whole of Hamlet without stuttering, as he has it completely memorized. This helped the actor earn several plays written for the stage, and he caught the eyes of several different agents in the process.

As Hollywood has stopped being about how well actors can act and has become more about the importance of actors’ media image and how personable they are, Hiddleston has earned many roles off the back of his charm. His personality serves him well in the industry as both Stan Lee, the creator of Marvel Comics, and Guillermo Del Toro, the celebrated director of Pan’s Labyrinth and Crimson Peak, called him “the nicest guy on earth”. And Toro continued by saying that he is one of the few actors to break the barrier of being only nice or good looking. The actor has also won several awards, including one that surprisingly might have scored him more roles than you’d think, as Hiddleston was awarded the Rear of the Year award in 2016.

Thanks largely to his work as one of the most popular villains in movie history given the box office numbers (arguably only beaten by Thanos,) Tom Hiddleston has a comfortable estimated net worth of more than $20 million. And that number will only grow as he continues to work with Disney and Marvel. Not only will Hiddleston be voicing Loki in an upcoming episode of What If… a Disney+ television show that considers alternate realities and parallel universes in the MCU, but he will also star in his very own series, simply named Loki. 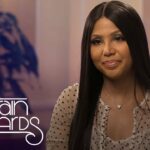 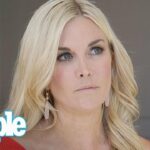