How much is Tom Felton worth?

Tom Felton, whose full name is Thomas Andrew Felton, is an English actor, singer, and songwriter. He gained international popularity from his role of Draco Malfoy in the film series “Harry Potter”, inspired by the J.K. Rowling’s eponymous best-selling fantasy novels. Prior to his role in the film adaptations, he began his acting career when he was eight by starring in ads and commercials. Apart from acting, he’s also a singer-songwriter that has released several extended plays and singles.

English actor and musician Tom Felton has a net worth of $22 million dollars, as of 2021. Thomas Andrew Felton is best known for his role as Draco Malfoy in the film adaptations of the best-selling Harry Potter, fantasy novels by J. K. Rowling.

How Did Tom Felton Get So Rich?

The prosperity of the English actor comes from his many acting roles in both film and television productions. Prior to his work in “Harry Potter”, he starred in the two parts of the television film “Second Sight”. He played the character Thomas Ingham in the BBC crime-drama and earned a little over $5,000 for his performances. He also joined Jodie Foster in the 1999 biographical drama “Anna and the King”, where he played the son of Foster’s character, Louis Leonowens.

In 2001, he starred in the first of eight fantasy films titled “Harry Potter and the Philosopher Stone”. The film became the highest-grossing film of the year and grossed more than $1 billion at the box-office. It boosted the popularity of the actor who at the time was just looking for his breakthrough role. He went on to appear in the other seven films and received more than $10 million from all of his outstanding performances. In addition to millions of dollars, he also received several awards and nominations such as Young Artist, MTV Movie, Scream, and Teen Choice Awards.

Tom Felton is famous for his fantastic portrayal of the villain Draco Malfoy in the best-selling film adaptations of “Harry Potter”. He was born in Epsom, Surrey, on 22 September 1987. He’s the youngest of four children to Peter and Sharon Felton. Tom has three older brothers – Ashley, Chris, and Jonathan. His parents were married at the time he was born but eventually got divorced during his teenage years. He studied at the West Horsley Cranmore School until the age of 13. After that, he attended the Howard of Effingham School.

His first stints as a singer began around his teenage years. Starting at the age of 7, Felton often sang at the local church choir. Later, he became a full-time member of four school choirs and received a place at the Guildford Cathedral Choir. When he was 8, he began acting in adverts and commercials for various companies such as Barclaycard and Commercial Union. One of his earliest and most memorable performances were voicing a role in the television series “Bugs”. In 1997, he got his first appearance in a feature film -“The Borrowers” by Peter Hewitt.

What makes the “Harry Potter” star so successful is his ability to act and create music at the same time. After spending more time on his acting and gaining a lot of attention because of it, in the late 2000s, Tom decided to pursue one of his favorite things – music. He wrote and released a single named “Silhouettes in Sunsets” that served as a lead single of his debut studio project, the extended play “A Time Well Spent”. The EP was released in June 2008 and was met with positive reviews from both critics and fans. Throughout the next four years, he continued to create new music and released three other EPs that failed to enter music charts but enjoyed great success.

In the early 2010s, he returned to acting and had a cameo and supporting roles in the films “Get Him to the Greeks” and “13 Hours”. After the conclusion of “Harry Potter”, Tom Felton starred mostly in science fictional and supernatural films like “The Rise of the Planet of the Apes”, “The Apparition”, “Feed”, and “Ophelia”. He also starred in three video games of “Harry Potter” where he voiced his character Draco Malfoy. That decade, he also landed main roles in the television series “Labyrinth”, “The Flash”, and “Origins”.

Tom Felton is known as one of the most famous “Harry Potter” stars. His career hit its peak in the 2000s when he starred in all film adaptations of J.K. Rowling’s fantasy novels. Apart from these, he has been appearing in many other films and television series and has released several music projects, including extended plays and singles. 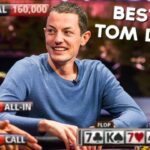 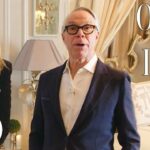