How much is T.J. Miller worth?

“Every time I could possibly be doing stand up, I am.” T.J. Miller

T.J. Miller is the stage name of Todd Joseph Miller. He’s an American actor, (stand-up) comedian, film producer, and screenwriter that began his career in the mid-2000s with a role in Cloverfield, which helped him breakthrough. Shortly after, he starred in and voiced roles in many films and series such as Silicon Valley, How to Train Your Dragon, and Deadpool and that’s how he gained wealth and international popularity.

American actor, comedian, producer, and writer T.J. Miller has an estimated net worth of $6 million dollars, as of 2023. Todd Joseph “T.J.” Miller made his acting debut in Cloverfield, in 2008. From 2010 to 2014, he voiced Tuffnut Thorston in the first two How to Train Your Dragon films.

“Always remember: My general theme is ‘There is no message.’ There never has been. Stop trying to find the message or the meaning in everything. That’s. My. Theme.” T.J. Miller

T.J. Miller became famous after he voiced the role of Tuffnut Thorston in the first two films of the franchise How to Train Your Dragon. He was born in Denver, Colorado on June 4, 1981. He’s the son of Kent, an attorney, and Leslie Miller, a clinical psychologist. During the last years of the 20th century, Miller attended the Graland Country Day School and the East High School. He participated in many drama productions and graduated from the latter in 1999.

A few years later, in 2003, he graduated from the George Washington University based in Washington, D.C. From the institution, he received a Bachelor of Arts in psychology with a concentration in social influence and situation theory. During his time at university, he was part of the Phi Sigma Kappa fraternity and the comedy group “Recess”. Also in the early 2000s, he studied the circus arts at the Paris-based Frichess Theatre Urbain and the London-based British American Drama Academy.

Starting his acting career with a role in the 2008 monster film Cloverfield is what made the actor and comedian so rich. Following his role in that film, he appeared in The Goods and Extract from 2009. The following year, he began voicing the role of Tuffnut Thorston in the first two films of How to Train Your Dragon. He also landed roles in the likes of Unstoppable, Yogi Bear, Get Him to the Greeks, and Gulliver’s Travellers.

Apart from all sorts of direct-to-video, short, independent, and best-selling films, T.J. Miller also worked in many television productions. His television debut came in the 2007 series Carpoolers where he played the role of Marmaduke Booker for 13 episodes. That year, he also starred in the series Traffic Light, Happy Endings, The League, and Fact Checkers Unit. Following a short hiatus from television roles, in 2012, he joined Romantic Encounters and How To Rock.

As an actor, the star of Cloverfield and Silicon Valley has also had leading and recurring roles in Gravity Falls, High School USA, Dragons: Race to the Edge, and F Is For Family. He has also produced most of the aforementioned films and television series.

Apart from these, T.J. Miller has made appearances in the soundtrack albums of the projects She’s Out Of My League, Transformers, and To Hell And Back. In the recent years, he also appeared in various games such as How To Train Your Dragon (2010), Yogi Bear (2011), and Kingdom Hearts III (2019).

T.J. Miller’s earnings have increased substantially since 2013. That was the year when he was cast in the role of Erlich Bachman in the comedy TV series, Silicon Valley. He had also just completed his work in DreamWorks Dragons and made about 10 more acting appearances, including in Transformers: Age of Extinction which grossed $1.104 billion worldwide. His net worth went from an estimated $3 million in 2012, to about double that by the end of the Silicon Valley series in 2017.

He has also made over 80 appearances as himself during his career. While these appearances may have not paid much, they have added to his audience. His growing audience over the years has allowed him to be cast in bigger productions that have further increased his fame and wealth. For example, if it was not for Miller’s already established audience. It is entirely doubtful that Michael Bay would have cast him in the role of Lucas in Age of Extinction.

While T.J Miller’s lifetime career earnings may have been as high as $15 million. It is my estimation that he has managed to hold on to less than half of that. He will have paid about 44% in taxes, more or less, depending on his total income in any given year. There have also been a number of allegations in Miller’s direction and also questions relating to his mental health and stability.

First, it is important to note that after-tax T.J. Miller will only have had earnings of $8.4 million, having paid $6.6 million in taxes.

Accusations alone do not prove that Miller is guilty, however there have been a few; especially starting around 2016. Everything from a sexual assault allegation stemming back to his time in collage, to the sending of a transphobic email, and he was arrested at LaGuardia Airport in Queens, New York on federal charges related to a fake bomb threat. Miller allegedly placed an emergency call stating that a female passenger had “a bomb in her bag”. In 2021, the charges against Miller were in the fake bomb case dismissed. Prosecutors said their decision was based on “expert medical analyses and reports regarding the defendant’s prior brain surgery and its continued neurological impacts, which cast doubt upon the requisite legal element of intent to commit the charged offense.”

It is common for comedians like T.J. Miller to have at least some personality disorders, by which I mean a tendency to display antisocial behaviors and so on. While I do not know in the case of Miller, prosecutors have pointed to a prior brain surgery. Miller himself has said it was a “manic episode”. It may have been a real phone call in a moment of actual panic. In the case of neurological troubles or mania, it is common for high earning individuals to mismanage their wealth. There seems to be some evidence that points to that. Overall, it is my opinion that T.J. Miller may have a net worth of about $6 million.

The success of T.J. Miller comes from his many roles and transformations in the film industry. He has worked as the writer for several projects such as Comedy Central’s Hot List, Mash-Up, RVC, Gotham Comedy Live, and The Goburger Show.

He has also produced and written several television specials about himself such as No Real Reason and Meticulously Ridiculous. From 2010 to 2018, he has written numerous episodes for The Laugh Factory.

T.J. Miller is a popular actor, director, producer, and writer that began his career in the film industry back in the mid-2000s. His breakthrough role was in the acclaimed Cloverfield from 2008. Since then, for the past decade or so, he has been consistently working on multiple film and television projects all at the same time – How to Train Your Dragon, The Emoji Movie, or Underwater.

Whether it’s his prosperous career in the show business with all of its roles and transformations or his legal disputes, Miller has found a way to remain in the spotlight and accumulate millions of dollars. Perhaps this is the reason why his net worth exceeds $6 million. 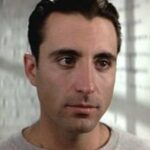 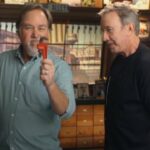