How much is Tina Fey worth?

As writer and resident Saturday Night Live funnywoman from 1997 to 2006. As the quirky Liz Lemon on 30 Rock.

Who Is Tina Fey

You could call Tina Fey the embodiment of brains and sexiness, but she’d probably just laugh at you for being so trite. Don’t take it personally, though, it’s her job not to take herself seriously. Her work on shows like 30 Rock and Saturday Night Live and movies like Mean Girls and Baby Mama has made her one of the funniest people in the business, but her ability to laugh at herself is what makes her a favorite amongst fans.

American actress Tina Fey has a net worth of $75 million dollars, as of 2021.

Tina converted her hobby into a career at an early age. While many in middle school might choose topics like volcanoes or Abraham Lincoln for their projects, she chose comedy. Ever ambitious, she continued to develop her talents in high school, where she edited the school paper, sang in choir and joined the drama club. She kept the ball rolling at the University of Virginia, where she earned a degree in drama.

After college, she did what many comedians before her did: move to Chicago to join The Second City, the hallowed improvisational troupe that doubles as an unofficial SNL training camp. It was there that she met Jeff Richmond, whom she would later marry. Second City saw her professional life take off as well. She started classes in 1992, joined the cast in 1994 and got hired to write for SNL in 1997. “I’ve had my eye on the show forever,” she excitedly told the press.

And the show also had an eye on her—she became the head writer within two years and was performing in front of the camera by 2000. Her quick wit and deadpan delivery proved to be a perfect fit for SNL’s ‘Weekend Update’ segment, which she co-hosted with Jimmy Fallon and, later, Amy Poehler.

In 2006, she left the NBC variety show to star in a new project—a show about an NBC variety show. From its start, 30 Rock was received warmly by critics. Its first season lured an Emmy for Outstanding Comedy Series. Fey also got a statuette all to herself for Outstanding Actress in a Comedy Series. So far, the sitcom has won 12 Primetime and Creative Arts Emmys and five Golden Globes and shows no signs of slowing down.

Although Fey lampoons her old job in 30 Rock, she maintains a good relationship with SNL. She was a frequent guest during the 2008-2009 season when she became famous for playing Sarah Palin. Her shrewd impersonation of the Alaskan politician turned ‘Tina Fey’ into a household name.

She’s no stranger to the big screen either. Mean Girls, which she wrote and acted in, and Baby Mama, which she also starred in, cemented her status as an all-around Queen of Comedy. Tina Fey grew up wanting to become the comedy legends she watched. Now she is one, and everybody else is watching her.

Defining Quote “If you’re a woman and they say anything complimentary about your appearance, well, I’m not going to complain. I fully intend to keep all of these magazines in the attic and bring them out for my daughter someday. ‘You see? There was a time when people thought your mother was a sexy bitch.’” 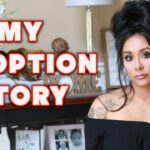