How much is Tim Allen worth?

It might be surprising to some that Tim Allen started out as a stand-up comedian, though his meteoric rise to fame was in the television industry when he starred in Home Improvement, one of the most popular shows of all-time. In the time since, Allen has had a successful career acting in family movies, voice-acting in billion dollar franchises, and coming full circle by returning to television for yet another incredible run, currently starring in Last Man Standing.

How did Tim Allen get so rich?

One of Allen’s key starring role movies is Galaxy Quest, which was moderate box-office success, but saw fantastic earnings in DVD sales at the time and has since become a cult hit and one of the most beloved parody movies that exists. Allen’s salary for the role was $2 million, and after the film’s success, his fees skyrocketed.

Most of what makes up Allen’s unbelievable net worth is his work on Home Improvement, which ran for most of the 1990s with eight seasons and 204 episodes. Allen was even offered $50 million to shoot a ninth season when the show reached its end eight seasons in. For season eight, the actor received $1.25 million per episode, totalling $35 million for the full season. He will also receive a cut of the show’s syndication sales. Though it isn’t clear what he earned for Toy Story 4, Allen’s reported earnings for the third entry was $22 million, which is 44 times higher than his salary for the original Toy Story of $500,000.

Allen is currently enjoying a second wave in the TV sitcom circuit, as he has a starring role on Fox’s Last Man Standing. The show has already outlasted Home Improvement’s length of time being produced, and is currently honing in on it’s 203 episodes too. Last Man Standing, which features Allen playing the director of marketing for an outdoor sports store, began on ABC and has been airing since 2011, currently sitting on 173 episodes. Though it isn’t as popular as Home Improvement was when it was on the air, the show is incredibly popular as it gets an estimated 5 million viewers per episode, and considering there wasn’t as many platforms of entertainment in the 90s as there are today, that’s a great number. And it’s certainly good enough for the studio to be paying him a reported $250,000 per episode.

Tim Allen got his big break when he starred in one of the 1990s, Home Improvement. Interestingly enough, the show was not created by Allen, but the writing was heavily influenced by his stand-up comedy at the time, so the the show was ultimately created to be a vehicle for Allen, nobody else was in the running. The ratings peaked at season three and four as the show would get roughly 20 million viewers per episode, but even in the later seasons when ratings were a “low,” it was still get an astounding 11 million views per episode, which is close to impossible to reach in 2020.

Not long after the success of Home Improvement, Allen voiced Buzz Lightyear, a dim witted space ranger toy who truly believes he is a space ranger, in the universally adored Pixar animated movie, Toy Story. The Toy Story franchise is loved by both children and adults due to it’s themes more serious than the average kids’ movie, and the franchise has gone on to be worth more than a billion dollars. The past two entries of the series, Toy Story 3 and Toy Story 4,have both grossed over $1 billion at the box office. And not only are the four massively successful movies in the series, but there are also shorts made for DVDs and TV. There have been five Toy Story shorts that Allen has lent his voice to as well as the movies, and he has even cameo’d as the space cadet in other animated movies such as fellow Pixar movie Cars, and the Wreck It Ralph sequel, Ralph Breaks The Internet.

His dominance in the box office and doesn’t end there, and neither does his time with franchises. Tim Allen is the face of The Santa Clause franchise, which begin in 1994 and ended in 2006 with The Santa Clause 3: The Escape Clause. Despite the long gaps between films and production issues, all of the movies in the series were massive hits, though not critical successes. The original is a Christmas classic and is commended for creating new and rich lore when it comes to Father Christmas himself. The sequels are not as highly regarded as they are messy and convoluted, but are still popular thanks to Tim Allen’s charming iconic performances. The franchise has grossed around $500 million in total, so based on figures alone, it’s possible that Tim Allen’s Chris Kringle could return.

Allen seems to have a penchant for making Christmas movies. Not only is he The Santa Clause, and depending on which 90s child you ask, the only on-screen Santa Clause that matters, but he also starred in Christmas With The Kranks. The movie had a shocking critical reception, and though it underperformed at the box-office, it saw a positive return on DVD sales, but it remains only the second most successful Christmas series in Allen’s career.

Tim Allen is a family man. Between his lovable role as Tim Taylor in Home Improvement, his iconic take as Buzz Lightyear in the Toy Story series, and his role as the jolly Santa Clause, Allen has a market and he knows it well. His family oriented movies have made him much more than any of his other ventures, and he is right to capitalize on it because there a very few other people who can play the sitcom dad role like he can.

His performance voicing Buzz Lightyear has rewarded him several other jobs voicing animated characters and narrating nature documentaries too, as well as lending his voice to several video-games.

Thanks to his charming on-screen nature and his fantastic voice that has even earned him awards, Tim Allen has an estimated net worth of $80 million. During one year Ricky Gervais was hosting The Golden Globes, he made a joke at Allen’s expense. It didn’t get many laughs and Time Allen himself was upset. Tom Hanks even called Gervais out on how nasty he was. Gervais has since apologised Tim Allen and says it is the only joke he regrets. And that is Allen’s allure, people don’t find jokes about Tim Allen funny because he is such a lovable guy. You can’t make fun of a man who admittedly gets choked up over Toy Story 4. 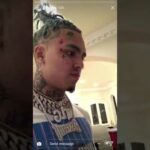 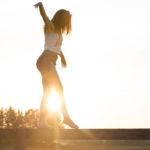