How much is Tiffany Haddish worth?

The stunning and brilliant American actress, comedian and writer, Tiffany Haddish, was born in 1979. She had a stressful, eventful, and hard early life. Her family was situated in California. Her mother was a small business owner and her father was an immigrant from Eritrea. Her parents split when she was just three years old. She would reconnect with her father later in life yet miss him growing up. Her mother suffered severe brain damage after a car accident. This forever changed her mother and she began suffering from multiple mental illnesses, including schizophrenia. Haddish was the head of the family after her mother’s car accident.

It was around that time when she was 10 years old that she noticed her talent for making people burst out laughing. At the age of 12, she and her brothers and sisters were placed in foster care. Tiffany Haddish states that comedy was what helped her deal with being all alone in a strange new place. Due to the diligence and sacrifices of her grandmother, she reconnected with her siblings three years later. When she was 17 she was given the option of going to therapy or attending a comedy camp. She attended the camp. It was a life-changing few days for her. She met many of her idols at that camp and decided to become a comedian.

As of 2021, we estimate Tiffany Haddish has a net worth of $7 million dollars.

How Did Tiffany Haddish Get So Rich?

She was accepted into two colleges but attended the cheaper one as she states. To support herself during her early comedy year, she worked at all kinds of odd jobs. As she tells it, the best-paid ones were customer service at various airlines, like the Alaska Airlines or Air New Zealand. She did hit a rough patch of a long unemployment period. For those few weeks, she lived in her car. One of her early acclaimed works was a guest spot on Bill Bellamy’s Who’s Got Jokes. She impressed both judges and the audience on that show.

Following that competition, she was finally able to book more roles. She was a guest star in many sitcoms, such as Just Jordan, In the Motherland, Def Comedy Jam, My Name is Earl, It’s Always Sunny in Philadelphia, and Real Husbands of Hollywood.

She got cast on the Oprah Winfrey produced show If Loving You is Wrong, a daytime soap opera. Yet she would not stay with the soap opera for long. Her first big recurring role was on The Carmicheal Show. Tiffany Haddish played the ex-wife of one of the brothers from the show’s protagonist Jarred Carmicheal. The character of Nekeisha was largely popular and it stayed with the show for all of its three seasons. Her first movie role would come after the end of her stint with The Carmichael Show. She played the character Hi-C, in the movie Keanu written and produced by Key and Peele, starring Keanu Reeves.

The year 2017 would prove critical for the breakthrough success of the young Tiffany Haddish. She starred in an all-star cast including Jada Pinkett Smith, Regina Hall, and Queen Latifah. The movie where all four of them was a comedy named Girls Trip. It was an incredible hit, both critically and commercially. It got great reviews all over, it even got over 90 percent on rotten tomatoes. Many film critics noted that we would remember this movie as our introduction to the meteoric rise of Tiffany Haddish. It was such a star-making performance that many people started comparing her raise to that of Mellissa McCarty. The movie cost just $20 million to make, but it earned close to $150 million dollars at the box office.

That same year she would realize her first comedy album, to largely positive reviews. She would also become the first black female comedian to ever host Saturday Night Live. Her guest appearance in that monumental variety show would win her first Emmy. By the end of the year, she released her autobiography The Last Black Unicorn which spent the majority of 2018 at the New York Times bestseller list. That same year 2018, she finally got to be a lead on a TV show. Her and Tracy Morgan star in The Last OG. The show is about an ex-con who comes back to his old neighborhood but finds it vastly different. Tiffany Haddish plays the ex-con’s former girlfriend who is now married.

Last year, 2019, she released her second comedy album and starred in the movie Like a Boss. Her net worth is currently estimated at 7 million dollars.

Tiffany Haddish had immense comedic talents, and an incredible will to live and survive. People discover their talents in all kinds of regular or irregular ways. In the case of Tiffany Haddish, it was for tragic reasons. To deal with all the bad things that were happening; from her mother’s mental illness to being separated from her siblings; she would make herself and everyone around her roar with laughter. It also gave her hope that she might have some sort of normal life and a successful career.

To go through all the bad things in her life and emerge successful, you have to be a strong, resilient person. She dealt with so much, from her mother’s mental illness to an abusive marriage, rape, two divorces. To stay normal after something like that would be an accomplishment. But to go through all that and create such a wonderful career that is still blooming is truly a monumental success and achievement.

We calculate Tiffany Haddish is worth $7 million dollars in 2020.

If the life of Tiffany Haddish was a movie, would you buy its premise? A girl who has grown up in such dire circumstances, and still managed to defeat all the obstacles. She conquered not being good enough for others, having to care for 4 siblings, and a mentally ill mother, as a teenager. She was homeless and jobless. But she persevered. She worked as hard as she could until her chance finally came. And she took the chance and created a new life for herself, a life that she never in her life dreamed would be possible. Belief can move and create miracles, the life of Tiffany Haddish is one such miracle 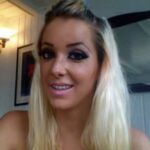 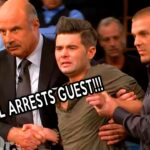