Blessed with the speed of a gazelle, but lacking a ‘football brain’ according to a former England World Cup player, Theo Walcott divides opinion in the English game.

There are some that believe Walcott is a world class player in the making, while others agree with Chris Waddle who has criticized the winger on more than one occasion.Walcott’s finest hour came when he scored a hat-trick for England in a 4-1 thrashing of Croatia in 2008, a window into the Southampton youth product’s extraordinary potential.

English professional footballer Theo Walcott has a net worth of $35 million dollars, as of 2021. Walcott is a product of the Southampton Academy and started his career with Southampton before joining Arsenal for £5 million in 2006.

Walcott was born in Stanmore but brought up near Newbury in Berkshire. He scored more than 100 goals for AFC Newbury before being noticed by Swindon Town and then Southampton.

Walcott excelled on the right wing as Southampton reached the 2005 FA Youth Cup final and made his first-team debut at the age of 16 years and 143 days against Wolves. That made him the club’s youngster ever first team player.

Some explosive performances in the Championship and four goals for the Saints persuaded Arsenal to swoop for the youngster in the January 2006 transfer window.

Walcott made his official debut against Aston Villa in the first ever Premier League match at the Emirates Stadium in August 2006, setting up Gilberto Silva in a 1-1 draw.

His first goal for the club came in the League Cup final against Chelsea the following February as Arsenal went down to a 2-1 defeat.

Repeated injuries have undermined his Gunners career, but there have been highlights including his first two league goals against Birmingham in February 2008, a superb Champions League strike against Villarreal and another in the same competition against Barcelona in the 2009/10 season.

Walcott’s end product has continually been questioned, although in the 2012-13 season there were signs that the winger was starting to find his composure in front of goal and when crossing from wide positions. A hat-trick against Reading in an amazing 7-5 League Cup victory supported the notion that he should be fielded as an out-and-out striker, rather than on the wing.

He did travel to Euro 2012 and made an impact as a substitute in the come-from-behind victory over Sweden, netting the equalizer and setting up Danny Welbeck for the winner.

Walcott made his England debut before playing for Arsenal and it was a major surprise when Sven-Goran Eriksson called him up to the England World Cup squad in 2006. The decision to take a 17-year-old who had never played a Premier League match came under strong scrutiny and Eriksson did not even give Walcott a minute’s playing time in Germany.

When the speedy winger was fit, he turned out regularly for Fabio Capello’s England but a lack of form saw him left out of the 2010 World Cup finals.

This Theo Walcott Net Worth profile originated at WealthyGenius.com 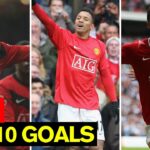 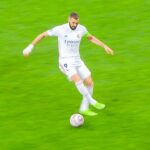