Many boxing fanatics aren’t aware that the Asian scene is extremely solid. There are a lot of good champions in the smaller weight classes, but unfortunately, the average boxing fan is never exposed to them because they typically fight overseas and their fights aren’t run on any of the American networks. America is also often ignorant to the fact that the boxing world extends beyond its borders. Luckily, I follow these divisions and fighters extensively. Hence, the Editor-In-Chief of Boxing Fanatics, Juan Zurita, asked me to put together a “Current” Top Ten Asian list. Considering my knowledge in this area, he felt it would be a great disservice if I didn’t put together an article exposing the online boxing world to this particular talent pool. Agreeing wholeheartedly, I now present to you my top ten which is based on my analysis of each fighter’s overall skills coupled with his accomplishments.

“Pacman” is easily number one with two knockout victories over future Hall of Famer, Erik Morales, and a knockout win over another future Hall of Famer, Marco Antonio Barrera. He would’ve had the victory over Juan Manuel Marquez as well, but one judge didn’t know he could score 10-6 rounds in Las Vegas. That one point in turn led to a draw instead of a win. Since bursting onto the scene with a destruction over then IBF Super Bantamweight Champion, Lehlohonolo Ledwaba, the Filipino power-punching sensation has been terrorizing opponents, many of them very good to great fighters, and it looks like he’ll continue to have success since he’s at the peak of his prime at 28 years of age. Not only is he clearly the best Asian boxer today, he’s also currently Boxing Fanatics’ #1 P4P Fighter.

In 2000, Tokuyama became the first North Korean to win a world title. This former WBC Super Flyweight Champion, boasts a very herky jerky style, and he uses his arms and movement effectively to outbox most of his opponents. He has several solid wins such as his two close wins over Gerry Penalosa, his demolitions of In Joo Cho, and his schooling of Jose Navarro. He also defeated Russia’s Dmitri Kirilov in what was a boring but effective win. His only loss in the last several years was to Katsushige Kawashima in their rematch. Tokuyama was caught cold and stopped in the first round. However, the rubber match went more like the original and despite being dropped late in the fight, Tokuyama won a legit decision. Impressively, over two reigns he’s notched a total of nine defenses. Today, his future is now in question. In December of 2006, he gave up his title and stated that unless he can land a title shot against WBC Bantamweight Champion, Hozumi Hasegawa, he’ll probably retire.

Pong is not that easy to rank, thus, I may have him rated too high. He has a division record sixteen flyweight title defenses, but for the most part those victories have been against questionable opposition, which is why it’s extremely difficult to rank him. His best wins were against Hussein Hussein, Trash Nakanuma (Ironically, that was one of his opponent’s names), Daisuke Naito, and Malcolm Tunacao. While those are solid victories none of them are exactly career defining. He needs to seriously wake up and fight someone at the top of his division before it’s too late, otherwise, his gaudy defense record will be all for naught.

He just recently burst onto the scene about a year ago, but he sure did choose a great way to make his entrance, by clearly defeating long time WBC Bantamweight champion, Veeraphol Sahaprom, in a tough, competitive fight. A year later, he granted Sahaprom a rematch, and dominated him more thoroughly by scoring a ninth round knockout. Afterwards, he went on to defeat Genaro Garcia (a fighter who holds a knockout victory over current top ten pound-for-pounder, Rafael Marquez), in a very good fight. Hasegawa’s speed was the difference in that bout as he took most of the first eight rounds (dropping Garcia in rounds 4 and 8). Garcia attempted to rally late but to no avail. Overall, Hasegawa is a southpaw with serious skills and improving power, and at only 26 years of age, he appears to have a bright future ahead of him.

He was previously rated higher on my list, but he looked vulnerable in his last fight against Mexican club fighter, Lorenzo Trejo, getting dropped twice in the process while eeking out a close decision. He looked excellent dominating Jose Aguirre when he initially won the WBC Strawweight title, then had an easy title defense before fighting Isaac Bustos. Kyowa dominated the first several rounds of their bout, but injured his right shoulder 39 seconds into the fourth round and was forced to quit. Bustos would go on to lose the title to Katsunari Takayama, but eight months later, after finally recovering from the arm injury, Kyowa fought Takayama and recaptured his title in a great war. Afterwards, he made an easy title defense against Ken Nakajima then had another great war, this time against promising, hard-punching, Filipino, Rodel Mayol. Mayol looked excellent in his first step up, yet Kyowa edged out a close decision after some rough early moments in a Fight of the Year candidate. All in all, Kyowa is an excellent little boxer who uses both hands very well but his defense can be shaky since he opts to trade too much sometimes. And with that style it’s tough to say where the future will lead him.

Little is known about Nashiro at this point, but what we do know is that he has an awkward, pressure style, and loves to throw punches in bunches. It was that style that landed him a huge upset victory against Mexico’s Martin Castillo in just his eight professional bout. Their bout was a hotly contested matchup that was stopped in the tenth round when a nasty cut above Castillo’s left eye began to bleed profusely. For now, we won’t really know if it was a fluke victory until Castillo recovers and Nashiro rematches him. Nevertheless, the victory was a big time win, because at the time a lot of knowledgeable boxing followers were starting to put Castillo in the lower half of their pound-for-pound top ten. It will be interesting to see where his career goes from here after scoring such a high quality victory.

John’s a good technical fighter but his win over Juan Manuel Marquez was a gift decision. Anyone who has seen that fight knows that he clearly lost that fight. However, he still has some decent wins over the likes of Derrick Gainer and Osamu Sato. Will he ever leave Indonesia? My bet is that if he doesn’t, he will be very difficult to beat in his own backyard.

This tough-as-nails South Korean bulldog has solid victories over Michael Brodie, Rudy Lopez, and he gave a prime Erik Morales hell. Last year’s loss to Takashi Koshimoto was extremely debatable as was his 2004 draw with Brodie. Personally, I thought he won both, and I’d probably rank him higher on my list, but he’s too inactive and at 35 years of age, he’s nearing the end of his career.

He doesn’t have a lot of experience, but he’s quickly progressing as a fighter. After his questionable win over Juan Landaeta he won the rematch with smart boxing. He’s a young 20 year-old kid with a bright future but probably not at 108 nor 112. He definitely has a lot of talent to work with and he’s one to watch.

Niida has good handspeed and can box well, but his defense is a bit shaky. He doesn’t often fight the best opposition either, but he’s a decent little fighter. That said, it’s difficult to see him holding on to his title for much longer considering that he always seems to be in tough fights despite his questionable line of opponents. 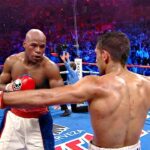 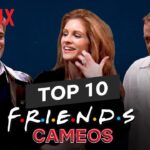