A lot can be learned from Stephenie Meyer. Not only has she made a fortune from her books she’s also done it without putting out that many.

Yet today, let’s look at another of her books.

In The Short Second Life of Bree Tanner, readers catch a quick glimpse of the Twilight universe through the eyes of a newly created vampire. This short novel begins just days before Bree and her fellow new vampires attack the Cullen family at the end of Eclipse, and if you’ve read that story, you know when it ends. Written from Bree’s perspective in the same way the Twilight books are written from Bella’s, Bree Tanner has the stuff this series is made of: romance, action, and danger.

Teenager Bree Tanner is one of many vampires who has been recently changed by a woman they don’t know. This group’s leader is manipulating and training them for an unknown errand. For the most part, the group of vampires is emotionally volatile and physically violent, but Bree manages to find a couple friends with whom she can discuss her fears and suspicions. By that time, it’s too late.

Without any chapters, this book begs to be read in one or two sittings and is over well before you’re ready to stop reading. Meyer’s style has matured and is pleasant to read, while the first-person narrative hurries you through. I found myself wanting to re-read Eclipse to remind myself of the fuller context.

While still appropriate for young adults, due to the subject nature, Bree Tanner is a just a trifle darker than the books of the Twilight series. Less romance, more action. While the story isn’t as compelling as the story of Twilight – perhaps because we know how it ends – it’s an enjoying and interesting read that Twilight fans won’t want to miss. 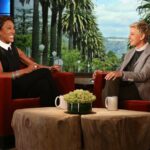 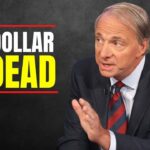