A Scorpion approaches a frog who was happily sitting on the bank of a river. The Scorpion puts it on the frog to take him across to the other side and tells stories of many pretty things to see and nice things to eat. The frog, who is actually quite a conservative fellow, hadn’t been to the other side at all. He is however scared of the Scorpion who shows no signs of backing down on his insistence to get across. So in the end the frog allows the Scorpion up on his back and hops into the water and merrily begins to make the journey across. He thinks about all the stories the Scorpion has told him and as soon as the land on the other side appears, the frog thinks. I misjudged the Scorpion for he was telling the truth and did want what was best for me. But then suddenly he feels a great big sting strike across his back and pain and sorrow takes over as he knows that the Scorpion betrayed his trust. For the frog it was unthinkable what the Scorpion would do. Why would he hurt himself, too? Once he had met the Scorpion he had thought it better to go along rather than risk the Scorpion attacking him on the spot. The frog of course misjudged the Scorpion’s nature and the moment he set eyes on the frog, all was lost. 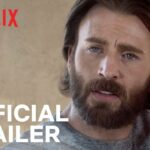