From Liverpool With Love

The Beatles formed in the working class port city of Liverpool, England in 1962 and were made up of rhythm guitarist and singer John Lennon, bassist and singer Paul McCartney, lead guitarist George Harrison, and drummer Ringo Starr. In their early years the band’s sound was based around 1950’s style blues-based rock music, Elvis Presley being one of their early influences. The band’s early work clearly bore this influence. Songs like “Roll Over Beethoven,” a Chuck Berry Cover, “I Saw Her Standing There,” and “Love Me Do,” all featured the upbeat, catchy energy of 50’s American rock, propelled by the clean Liverpool guitar sound of the early 1960’s.

English musician, singer, songwriter and actor, Ringo Starr, who achieved international fame during the 1960s as the drummer for the Beatles.

English musician, singer, songwriter, and music and film producer, George Harrison, who achieved international fame as the lead guitarist and occasional lead vocalist of the Beatles.

English musician known as the Beatles’ drummer before the band achieved worldwide fame, Pete Best. After he was dismissed from the group in 1962, he started his own band, the Pete Best Four.

Lennon’s rhythm guitar laid the foundation in each song, driving the melody with various blues based chord progressions while Harrison jumped in with quick blues based lead flourishes after each chorus. Both Lennon and Harrison played a number of different guitars during their Beatles hey-day. From their Rickenbackers to matching Fender Stratocasters, the two were not tied to any one make or model.

In fact, they sometimes used prototypes, such as Harrison’s 12-string custom Rickenbacker that helped the Beatles achieve the ringing guitar sound found in their early work. While their early albums took the world by storm, The Beatles, as they would do throughout their career, evolved their sound, carving new paths in the popular music landscape. Songs like “Tax Man” and “Yellow Submarine,” off of Revolver showcased Lennon and Harrison’s evolving guitar sound.

The beginnings of the guitarists dabbling in distortion and feedback can be heard here. By The White Album, Lennon and Harrison’s style had shifted to reflect the heavy fuzz guitar sound that was being experimented with at the time. Songs like “Back in the USSR,” “Helter Skelter,” and “Revolution” all feature Lennon and Harrison’s amped up electric sound. But one cannot talk about the guitar playing in The Beatles without mentioning Harrison’s song, “While My Guitar Gently Weeps,” also off of The White Album. Eric Clapton came in to add the scorching lead solo, forever launching the track into legendary status.

The Beatles were the biggest, most influential, and most successful band in rock music history; they were truly the sum of their supremely talented parts. With Lennon and McCartney’s lyrics and vocals, Ringo’s drumming, and Harrison and Lennon’s guitar work, they created a catalog of timeless hits. 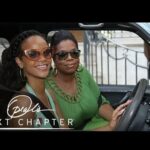 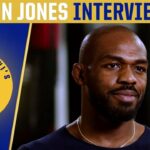