The day we found out Taylor Swift would be putting out a new album, and the subsequent weeks, were a whirlwind of emotions. This is what we’ve been waiting for. Our sometimes-problematic-but-still-always-relatable guilty pleasure is making her comeback! In… a weird way.

We’ve already heard two singles from the album, Reputation, set to drop November 10, and we have a lot of feelings. Here’s a definitive guide to the 16 stages of waiting we’re all going through as we prepare for T. Swift’s sixth studio album… for better or for worse.

When news came about in August from her Instagram that Taylor would be putting out a new album, her fans rejoiced. We shared the post with our friends, and reminisced about all the good times we’ve had jamming to her music. She’s never let us down before — so we were totally freaking out in anticipation.

The social media cleanse and snake videos were intriguing, only leading to our complete fascination with what was to come. Taylor was officially back!

After the initial excitement, we chilled out for a while. Revisiting her old music to pass the time, we were calm and waiting for the time when her new single would finally drop. We weren’t concerned. A big name like Taylor Swift couldn’t completely flip the script on us… or could she?

Listening to her old albums (probably consecutively) made us think about what this next album would be like. She’s blown through several styles of country and pop music, to land last time on an ’80s-infused album that was critically acclaimed. We wondered what new twist Taylor would have in store for us this time.

The calm faded when her Instagram, again, got us worried about the snakes. Slithering serpents is so not in Taylor’s aesthetic. Even when she’s edgy, she’s nice edgy — adorned in jewels and frothy black fabric. Not reptiles and chains. What’s she doing???

Continuing to listen to her old music helped us to self-soothe. Remember “Bad Blood”? She was a warrior in that, which was outside her typical realm, and we enjoyed it. In “Blank Space,” she was weird, but still Taylor. We trusted her to do this right, too. Even if it was different from the Tay that we knew.

Finally, it was the day her new single came out, “Look What You Made Me Do.” We woke up, the sun was shining, we opened Spotify and hit play on the song… and were very, very confused. “Did you listen to her new song…?” we tentatively texted our friends, still unsure how to feel about it. We got through it, hit play again, and then stopped.

The embarrassment quickly turned into anger for the same reasons. We expected more from her, and she let us down. She strung us along, making us wait for it, and we were disappointed. Why would she do that? We stood up for her when our friends said that the timing of the release was “sketchy” (just after she’d regained public support during her sexual assault trial), and said that while she’d made mistakes in the past, we were sure she was going to right her wrongs with this upcoming album. Simply stated, we’d been betrayed.

As angry as we were, it’s hard to cut off a decade-long relationship with Taylor Swift, and we found ourselves worried about what she was going through. Is she okay? Can someone check up on her? How is she going to come back from this terrible, terrible single? We were practically biting our nails. We were slightly uplifted when the video came out and it wasn’t as bad as the song itself, but we remained worried.

“…Ready For It?” came out in the beginning of September, and we listened to it with trepidation. Even the ominous name had us worried. Although it wasn’t up to her usual standard, it was definitely better than “Look What You Made Me Do.” She maintained the edgy facade she’s been beating us over the head with, but some of her typical softness seeped back into this one, and we could relate a little better to the content. Maybe the situation isn’t as bad as we thought.

We listened to “…Ready For It,” we started to get hopeful about the rest of the album. Maybe the first single was just a fluke, not representative of the whole. It’s happened. We always have songs we skip on her albums, we’ll admit to it. Maybe we shouldn’t have been so quick to write her off.

In preparation, we threw ourselves again into her archives and sang along to the music that was the soundtrack of some of our formative years. We listen to some songs that take on new meaning for us based on where we are in our lives now, and remember how it felt to depend on Tay’s music like a friend.

Remembering the past makes us fear the future even more. Can she live up to it? Can she turn it around from where she’s headed now? Can we come to accept anything less? Is this the end of Taylor Swift’s dependable presence in our lives as we know it?

It pops up in conversation with people at school, work and after hours. We find ourselves defending Taylor Swift, in the maybe-vain hope that she will prove everyone wrong. She’s been doing great work for years and we’re not ready to throw in the towel yet! At least not right now. Sure, we can admit that “Look What You Made Me Do” was not good and we can admit that the whole Kim K. Snapchat thing made her look really bad.
But you don’t just give up on someone because they’ve made a couple mistakes!

Now that we’ve defended her publicly, we’re afraid we’ll be proven wrong. We can’t see into the future and we have no idea what’s going to happen. Her ~new image~ has us a bit rattled. November is still a month away and we’re worried about what she is going to put out on Reputation. We just need to rip off the bandaid and listen to the whole thing already!

There’s nothing to do but wait. The album is already done. We can’t change anything now. And no matter what happens November 10, she had a good run already. Her legacy will live on, even if it goes down in flames with this new album. We can live with that, right? 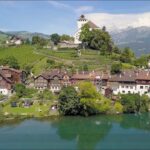