How much is Taylor Lautner worth?

You’ve seen this werewolf flashing his abs and some killer teeth in the Twilight series.

Who Is Taylor Lautner

This hunky werewolf was at the center of one of the most heated debates of this generation: Team Edward vs. Team Jake. Even though he was just a kid, Taylor Lautner had the wherewithal to jump on a franchise spouting gold when he saw one. Not only did sculpting himself from a lanky teen to a buff heartthrob make him the highest paid teen actor in Hollywood, it gave him swarms of screaming teens wrapped firmly around his paw.

American actor Taylor Lautner has a net worth of $40 million dollars, as of 2021.

Raised in the Midwest with his younger sister, Makena, Taylor was a born fighter. But not of the raw violence variety—Taylor began studying martial arts when he was six. The art form was a quick study for the naturally agile and strong youngster who was invited to study with seven-time karate world champion Michael Chaturantabut. Two years later, when he was eight, Taylor was called to represent the U.S. in the World Karate Association competition and took home the gold medal and earned the title of Junior World Forms and Weapons Champion.

Taylor continued to train and compete and won three consecutive Junior World Championships. But when a coach encouraged him to try out for a Burger King commercial, Taylor’s focus took a turn from the strict discipline of martial arts to mugging for the cameras. Although he didn’t land the fast food gig, Taylor began making his rounds in the audition circuit and landed small roles on shows like The Bernie Mac Show and Summerland and films like The Adventures of Sharkboy and Lavagirl 3-D and Cheaper by the Dozen 2.

A Werewolf Is Born

But it would be the audition for a small independent vampire movie that sealed his fate as a furry four-legged creature of the night and the object of every tween’s fantasy. Twilight would prove to be more than your typical “big break” for the aspiring actor. In 2008, Taylor landed a small role in the box office wunderkind as Jacob Black. His role was expanded into a fuller character (both literally and figuratively) in the second installment, New Moon, making director Chris Weitz consider recasting the part. But Taylor proved his mettle, embarking on hardcore training regimen that tacking approximately 30 pounds of muscle onto his lanky frame. His status as Jake was secure.

With the release of New Moon, Robert Pattinson, who played Edward Cullen, had to share the spotlight with the new hunk in Forks. Taylor was immediately catapulted into cosmic fame, finding himself on the bedroom walls of every teenage girl and the target of fan mob scenes across the world. And with each successive installation of the vampy series, Taylor’s fame only multiplied.

Taking a break from cavorting shirtless, Taylor is set to appear in the 2011 thriller Abduction alongside Alfred Molina and Maria Bello. It has only been a couple of short years since he went from relative nobody to Hollywood heartthrob. We’re just hoping his newfound fame doesn’t go to his handsome head.

Defining Quote “We’ve met many different fans: the criers, who come around quite often; the hyperventilators who stop breathing and have to have a medic come. We’ve definitely seen some passion.”

Taylor Daniel Lautner was born February 11, 1992 in Grand Rapids, Michigan. When Lautner was 6 years old, he took his first karate class. By the age of 8, he earned his black belt and won several junior world championships.

Lautner flew from Michigan to Los Angeles for acting auditions. His classmates often bullied him for his acting ambitions. But he continued to follow his passion even after being turned down for an acting role in a Burger King commercial.  As Lautner’s acting career picking up, his family and him moved to Santa Clarita, California permanently. Upon moving to California, Lautner began appearing in ads, commercials, and small television roles. In 2001, he picked up a role in the made-for-television film, Shadow Fury.

He also voiced a commercial for the Rugrats Go Wild. Along with that commercial, he also voiced roles for the animated series Danny Phantom, Duck Dodgers, and What’s New Scooby Doo?. Eventually, Lautner also landed small acting roles on The Bernie Mac Show, My Wife and Kids, and Summerland.

In 2005, Lautner landed a role in Cheaper by the Dozen 2. He also earned his first breakout role this year, starring in the film The Adventure of Sharkboy and Lavagirl in 3-D. The role nominated him for the 2006 Young Artist Awards for Best Performance in a Feature Film by a Leading Actor. In 2008, Lautner also appeared in a lead role in the short-lived NBC drama, My Own Worst Enemy.

In 2007, filmmakers began to search for actors for the role of Jacob Black, a Native American friend of the lead character Bella Swan in Twilight. Lautner’s agent encouraged him to audition. He ended up landing the role. The film was a huge success, earning $392 million worldwide. After playing the role in the first Twilight film, rumors were that Lautner could be replaced for the next movies in the series because he wasn’t muscular enough to play a transforming werewolf. But Lautner began working out to gain muscle, and he was brought on for the next movies. He also won the Favorite Breakout Actor at the 35th People’s Choice Awards. For the next few years, Lautner continued the role for the entire Twilight series. His work has landed him Teen Choice Award nominations and wins, but also got him a Golden Raspberry Award nomination. 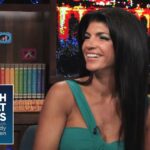 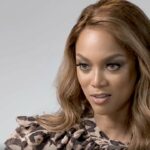