How much is Tavis Smiley worth?

Who Is Tavis Smiley

Born in the little city of Gulfport, Miss., in Sept. 13, 1964, Tavis Smiley is today a world renowned author, political commentator, and host of PBS’s Tavis Smiley.

But life began back in Gulfport, where Smiley lived with his mother, Joyce Marie Roberts. Roberts was a single mother who became pregnant with Smiley when she was 18. For many, many years, Smiley didn’t know who his biological father was.

He did have strong father figure in Emory Garnell Smiley, who became his stepfather when Roberts married him in 1966. Emory was a non-commissioned officer in the U.S. Air Force. His position took the small family to Peru, Ind., and Grissom Air Force Base while Smiley was still a tot.

And Smiley wasn’t an only child for long. Soon after moving to Peru, the Smiley family took in five orphaned nieces and nephews. The couple had eight children of their own, as well, swelling the house to 15, including Mr. and Mrs. Smiley.

American talk show host and author Tavis Smiley has a net worth of $10 million dollars, as of 2021. In the late 1980s he worked as an aide to Tom Bradley, the mayor of Los Angeles.

When Smiley turned 13, he fell in love for the first time – with politics. He was attending a fundraiser for U.S. Senator Birch Bayh when the political bug bit. Smiley turned that itch into a productive career in high school debate and student council.

After graduation, Smiley attended Indian University Bloomington. But not without some hardship. His parents wouldn’t help him with financial aid, so Smiley started school with $50 in his pocket. With some help from school administrators, Smiley was able to become a full-time student and begin classes.

Before long, Smiley joined a Greek fraternity, Kappa Alpha Psi. Then he turned around and became his dorm’s business manager, joined student senate, and was instituted as director of minority affairs.

Working with the Mayors

While in college, Smiley’s friend, Denver Smith, was killed by police officers. The officers said they acted in self-defense, but Smiley was skeptical that that was the whole story. He coordinated and led protests to try to right that possible wrong. His passion and organizational skills attracted the attention of the Bloomington Mayor’s office. Smiley soon found himself deeply involved in a work-study program, helping the mayor with research, community communications and more.

During his junior year, a trip to Los Angeles proved serendipitous. Smiley met NFL star Jim Brown who introduced him to another player, George Hughley, who had connections with L.A. mayor Tom Bradley. Persistence paid off for Smiley. After a long letter writing campaign to secure an internship with the Mayor’s office, Smiley was soon pursuing his political goals in L.A.

His internship led to a full-time gig a local radio station KGFJ, where Smiley produced one-minute segments called “The Smiley Report.” That turned into a radio talk show, which grabbed the attention of the Los Angeles Times because of Smiley’s sharp political commentary. From there he launched into local television and, before long, joined the popular, nationally syndicated Tom Joyner Morning Show.

With Joyner, Smiley hosted a series of town hall meetings dubbed “The State of the Black Union.” The meetings were broadcast on C-SPAN. Around the same time, Smiley launched BET Tonight, a public affairs talk show on Black Entertainment Television. Smiley sat with politicians and celebrities about various hot topics, from hip hop to racial profiling.

After his contract was not renewed by BET, Smiley joined National Public Radio (NPR) and hosted The Tavis Smiley Show until 2004. Citing an inability to reach a wide enough, and diverse enough, audience, Smiley left NPR and took his program to Public Radio International (PRI). The show extended from an hour to two hours. Smiley hosted the second half with Dr. Cornel West.

The popularity of his radio show led to a television incarnation of the program, Tavis Smiley on Public Broadcasting Service (PBS).

Political commentator Tavis Smiley debuted his eponymous talk show in January 2004 after a successful stint as a radio commentator. Its Los Angeles base made it the first West Coast talk show for the Public Broadcasting Service (PBS) network.

After his contract was not renewed by BET, Smiley joined National Public Radio (NPR) and hosted The Tavis Smiley Show until 2004. Citing an inability to reach a wide enough, and diverse enough, audience, Smiley left NPR and took his program to Public

Radio International (PRI). The show extended from an hour to two hours. Smiley hosted the second half with Dr. Cornel West.

The popularity of his radio show led him back to television and a new incarnation of his radio talk show on the Public Broadcasting Service network.

The TV show features Smiley sitting in a familiar talk show studio setting – bright lighting, primary colors and two comfortable chairs – alongside his guest. Guests include celebrities like Thomas Gibson, thought leaders like astrophysicist Neil deGrasse Tyson and political figures like Russ Feingold. The show brands itself as “a unique hybrid of news, issues and entertainment, featuring interviews with politicians, entertainers, athletes, authors and other newsmakers.”

For its first eight seasons, Tavis Smiley called the studios at PBS station KCET home. KCET, located in Los Angeles, co-produced the program until 2010 when the station cut ties with PBS. That forced the show to find both a new production partner and a new studio location.

Smiley quickly found a friend in WNET out of New York. PBS’s WNET took over production in 2010, but the show didn’t make the move from the West Coast to the East Coast. Instead, Smiley finished out its eighth season at the KCET studio before moving to new space at Encompass Digital Media Studios in downtown Los Angeles.

Today the show tapes mostly in Los Angeles with occasional trips to New York to tape some shows. It continues to pick up accolades for its balance of news and entertainment. The New York Times said of the show, “You have Oprah and you have Tavis – they are the king and queen.” And the Los Angeles Times says “Smiley is a reminder of the days when talk show hosts were conversationalists, not sycophants or joke meters.”

The show has won numerous awards, including:

Breach of a Morals Clause

In 2018, Smiley sued PBS for wrongful termination while PBS countersued claiming a breach of a morals clause in his contract. On March 4, 2020, a jury in Washington, D.C. agreed with the television network recommending to the judge that Smiley pay PBS $2.6 million. 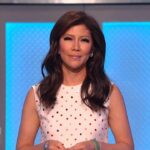 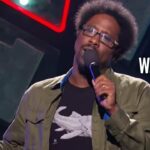