How much is Tanner Fox worth?

Tanner Fox is an American actor, scooter stunt master, and YouTube personality. He’s best known for his adventurous lifestyle and videos that he has displayed on his YouTube channel. He joined the video-sharing platform at a very young age and quickly gained popularity. As of now, he has more than 10 million subscribers and lives in a mansion with fellow successful YouTubers Jordan Beau and Maverick to name a few.

American YouTube celebrity Tanner Fox has a net worth of $8 million dollars, as of 2021. The Tanner Fox channel has over 10M subscribers making it one of the most successful on YouTube.

How Did Tanner Fox Get So Rich?

Being a YouTube personality that has been consistently growing his international fan base and uploading content is what made this star a millionaire. He created his YouTube channel in early September 2011. Back then, he started posting one video per week, in which he was seen riding various vehicles. His oldest videos are titled “direct v2 deck snap”, “Dakota Schultz and friends throwaway”, “faceplate fail”, and “Tanners first inward briflip”, all of which were posted in late 2011.

From late 2011 through late 2015, while he was still entering his teenage years, Tanner posted mostly videos of himself riding gadgets and doing various stints. Starting in December 2015, he began posting a lot of vlogs, with the first one being a trip to the United Kingdom. As the mid-2010s progressed, the YouTuber began gathering a lot of attention with his videos. In 2017, he started dating Taylor Alesia, also an internet personality that had a somewhat good following on her social media accounts. Fox and Alesia appeared in many videos together, some of which are actually his most-viewed and highest-paid to this moment – “My Girlfriend Reacts To My New Lamborghini”, “Reading My Girlfriend’s Instagram Comments”, “My Girlfriend Reacts To My GTR”, and “My Girlfriend Reacts To The Ferrari Launch”. All videos now have more than 13 million views and a total of $500.000 to Tanner’s income.

Tanner Fox became famous after he joined YouTube and began posting videos of his life and adventures. He was born in San Diego, California on December 22, 1999. He’s the youngest of two children to Bill and Ronda Fox. He has a sister named Lindsay, a little over one year older than him. Due to conflicts, his parents divorced when he was nine and he hasn’t had a very close relationship with his biological father. Tanner was raised primarily by his mother Ronda in San Diego, California. She works as a realtor and she recently married her long-time boyfriend Steve.

Growing up, Tanner spent most of his childhood alongside his sister Lindsey. She’s born in March 1998 and is also a YouTuber. Both of them have worked on many YouTube videos and Lindsey also appeared in some of her brother’s first projects. Studying was never his passion so during his teenage years, Tanner found himself a hobby – stunt riding. He rode different vehicles, starting from scooters, skateboards, and hoverboards. As for his education, after graduating from a local elementary school, he enrolled at the private high school Sacred Heart, however, he was suspended one year later. Reportedly, he was dropped out for filming a classmate without permission.

The main reason why Tanner Fox is so successful is his many occupations. Outside of his prosperous YouTube career, he has ventured into acting and has starred in numerous television series. His acting debut came in the television series “Charmed” in 2006 where he played the role of young Wyatt. His other most notable appearances on television shows are in the “Exy Trickstarter Stunt Scooter” commercials and the 2019 horror film “Be Our Guests”.

Just like any other internet personality, Tanner recently released his debut song – “We Do It Better”. The song is a collaboration between Fox, Dylan Matthew, and his now ex-girlfriend Taylor Alessia. It was accompanied by a music video published in July 2017. As of now, the video has more than 59 million views and is his most-watched upload of all time.

Tanner Fox is a YouTuber that came to prominence with his competitive stunt scooter, skateboard, and hoverboard driving that he filmed for his channel. He’s been actively uploading videos on YouTube and as of now has more than 10 million subscribers. Also, his 1,293 uploads have gathered more than 2 billion views, making his channel one of the most-watched in general. 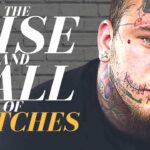 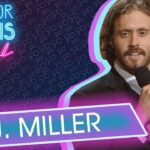