How much is Swae Lee worth?

Who Is Swae Lee

Swae Lee is the stage name of Khalid Malik Ibn Shaman Brown. He is a popular American rapper, singer, and composer. Besides his solo career, he is known for being one half of the hip hop duo “Rae Sremmund” with his real-life brother Slim Jxmmi. He first began rapping in his early years and his career started in 2008. His career skyrocketed in 2017 when he appeared on French Montana’s hit single “Unforgettable”.

Shortly after he released his debut album which landed at number 3 on the Billboard 200. He continued to gain success in the late 2010s and released his first song that topped multiple charts, including the Billboard Hot 100. His song “Sunflower”, which featured Post Malone was also used as the soundtrack for the superhero film “Spiderman: Into the Spider-verse”.

How did Swae Lee get so rich?

Swae Lee became rich as soon as he signed with Mike Will Made-It. The producer found both Lee and his brother and was intrigued by both their styles and personalities. They were signed to his label “EarDrummers Entertainment” and created their duo name “Rae Sremmurd”. The name is derived from Ear Drummers spelled backwards. Also, the two brothers became the first artists to sign with Mike’s new label which was created in partnership with Interscope Records.

Their first appearance was in the producer’s song “We”. After that, they released their first two single “No Type” and “Throw Sum Mo”. The second included appearances from the established artists Nicki Minaj and Young Thug. After spending 2014 by mostly collaborating with other artists and appearing in their songs, as well as performing on various tours and awards shows, Rae Sremmurd finally had their breakthrough in 2015.

They released their very first studio project – an extended play titled “StremmLife”. The EP quickly topped many music charts around the world and landed at number 5 on the Billboard 200. It featured 11 songs, including collaborations with the likes of Jace, Nicki Minaj, Young Thug, and Big Sean. In just one week, the extended play sold 49,000 equivalent album units. It also became the artists’ first album to be certified platinum by the RIAA. By the end of 2015, it was ranked in many year-end lists.

In July 2015, the brothers participated in their first concert tour. They served as the opening act for Nicki Minaj in her PinkPrint Tour alongside other rising stars like Tinashe, Dej Loaf, and Meek Mill. By that time, they were also nominated for their first music awards. Among some of the nominations were from Billboard Music, BET Hip Hop, and BET Awards. Following the success of the first, Rae Sremmurd released their second EP called “StremmLife 2” which included their hit single “Black Beatles” that debuted at number one on the Billboard Hot 100.

Swae Lee is famous because he is one of the rising rappers in the music industry. He was born in Inglewood, California but raised in Tupelo, Mississippi to a single mother who worked in the United States Army. During his teen years, the aspiring rapper began writing his first songs. He also worked with his brother Slim Jxmmi and Lil Pants, a local rapper. In their early days, the three formed a triple called “Dem Outta Straight Boyz”.

After he graduated from high school, the aspiring rapper and his brother spend some time being homeless and they found themselves squatting abandoned houses. In one of them, they were caught by the owner of the house who let them stay and use their land. A few years later, both of them were able to land jobs that helped them get out of that predicament. While Lee was working at a fast-food restaurant where he served burgers, his brother got a job in a mattress company. Despite the hard times, both brothers continued to pursue their rapping careers and were soon found by the established artist Mike Will Made It.

Soon they were opening for Nicki Minaj and other major stars as well as owning the stage with their own music.

The reason why Swae Lee is so successful is because of his rapping style and skills, and his continuous collaborations with other artists. In the last few years Lee has collaborated with more other artists than almost any other rapper, and has famously worked alongside his brother, Slim Jxmmi, continuously releasing new music.

After the release of their second successful EP, the brothers decided to take a short break and focus on their solo careers. Their last project together was released in 2018 and it was their third EP “SR3MM. At the peak of their career, in 2016, the two brothers also created their own record label called “SremmLife”. As of now, the artists signed to the label are both brothers, Impxct, Riff 3x, and Bobo Swae.

Ever since he switched his focus on his solo career, Swae Lee has been triumphant. In 2017, he appeared on French Montana’s single “Unforgettable”. Even to this day, the song is one of the most listened hip hop songs from the 2010s. It immediately became a global hit and topped multiple charts including the Billboard Hot 100. Throughout the rest of 2017 and beginning 2018, he continued to work with different artists including Ellie Goulding, Diplo, Jhene Aiko, and Trippie Redd.

At the end of 2018, Swae Lee gained international recognition after he took part in the songs “Arms Around You” by XXXTentacion and “Sunflower”. The first was one of XXXTentacion’s last songs before he died, and besides Lee, it included Maluma and Lil Pump. It became a hit almost immediately after it was released and Swae Lee’s appearance was highly praised. The latter, “Sunflower” became Swae Lee’s first song to debut at number one on the Billboard Hot 100 chart. It also featured Post Malone and was later on used as the soundtrack of the superhero film “Spiderman: Into the Spider-verse”.

In 2019, Swae Lee collaborated with the world-renowned megastar Madonna on the song “Crave”, which was included in the star’s album “Madame X”, becoming one of the young rapper’s most successful collaborations to date. In late 2019 and early 2020, Lee continued to collaborate with other artists and make a name for himself. Among some of the artists that he teamed up are Drake, 88rising, Major Lazer, Chloe x Halle, and Arizona Zervas.

Swae Lee began rapping since he was a teenager. A couple of years later, he and his brother became two of the fastest rising rappers. They collaborated with many famous singers and even founded their own record label. Ever since 2015, Swae Lee and his brother Slim Jxmmi, continue to grow and stand out from the rest of the hip hop artists. 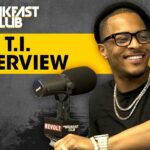 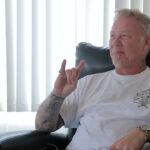