How much is Summit1G worth?

Jaryd Lazar, more popularly known by his online moniker, Summit1G, is an American Twitch streamer, and retired competitive Counter-Strike: Global Offensive player who played for the recreational teams A51 and Team Mythic. Lazar gained a majority of his fame by streaming CS:GO and WarZ

As of 2021, we estimate Summit1G has a net worth of $7.5 million dollars and growing. American Twitch streamer and retired competitive Counter-Strike: Global Offensive player earns all his money online.

Summit1G definitely knows how to enjoy his money. He bought himself an awesome Nissan GT-R Nismo in black color with black rims. This sweet ride apparently cost him over $100 thousand! But you can’t put a price tag on so much fun, right?

Jaryd Lazar was born April 23, 1987 in Colorado, USA. He’s married to Desirae Lazar. Summit1G was earning money at first as a competitive Counter Strike: Global Offensive player. But he later becomes a very popular streamer. This enabled him to utilize his old skill set in a new way and multiply his income.

But his account on Twitch isn’t his only thing. He also runs a YouTube and Twitter account. A large number of fans enable him to make living out of his biggest passion – video gaming. Definitely a dream for many young men.

How did Summit1G earn his net worth?

Summit1G gets most of his earnings from subscriptions to Twitch. Usually, about half of the revenue from a subscription goes to a streamer. So, a normal $5 sub will net a content creator about $2.5. Top influencers like Summit tend to get a larger cut than that though. In fact he disclosed that he gets about a $3.5 cut from subscription fees. This can be as much as $50,000 of earnings per month. 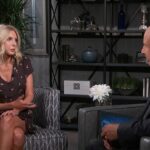 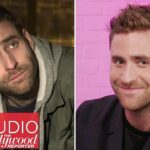