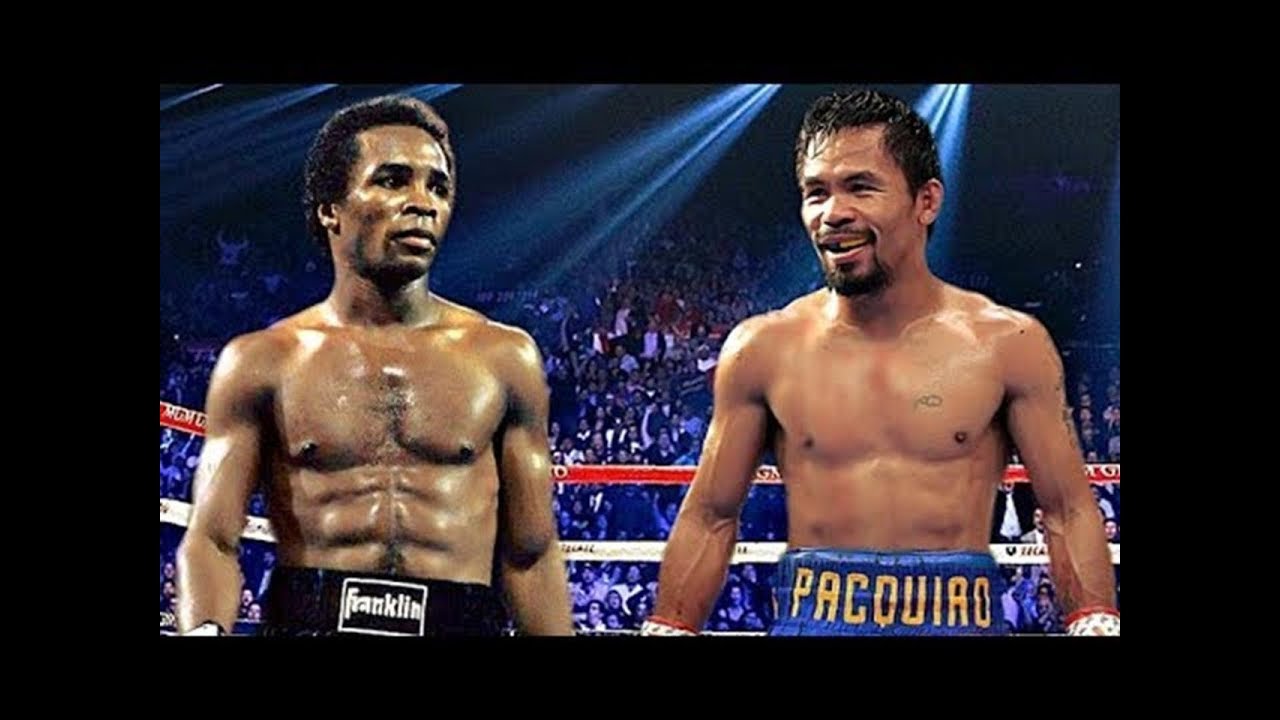 Fantasy fights between legends of the past and great fighter’s of today are always fun to speculate on and equally tough to call, as one pits two men from totally different eras into a fictional ring.

These dream match ups always cause great debate and difference of opinion among fight fans, and one I’ve been thinking about and throwing around in my head lately is Sugar Ray Leonard vs Manny Pacquiao.

Even typing that gets the excitement levels going!

Imagine these two squared off with one another in their primes, all that speed, those blistering combinations, footwork, bravery, heart and punch power. It would have made for quite the spectacle.

The obvious disadvantage for Pacquiao would be in the physical department in terms of reach, size and strength. Ray Leonard was a big welterweight in his prime at 5’10 and had a 74 inch reach, who even fought at and won a world title at super middleweight near the end of his career.

Size disadvantage is something that has never seemed to bother Manny Pacquiao in the past, but when you take into account the caliber of a Ray Leonard coupled with his physical gifts and advantages over the “Pacman” you’d have to think this would be a major plus in favor of “Sugar Ray”.

of fairness. For Leonard, I’m going to go with that golden period in the late seventies early eighties that saw him take on and beat the likes of welterweight legends like Wilfred Benitez, Roberto Duran and Thomas Hearns.

This was an era perhaps the most golden in all of boxing history, and for level of opposition faced and beaten, it’s hard to give Pacquiao the edge in this department.

For Pacquiao, probably his best spell in a wonderful career which has seen him become the first man ever to win world title in eight different weight divisions, probably falls around the 2008-2009 mark, when he went on a sensational run of stoppage wins over Oscar De La Hoya, Ricky Hatton and Miguel Cotto – all much bigger fighters physically.

The question to ask here I think, is would that Manny Pacquiao have beaten the Ray Leonard of the late seventies or early eighties? It’s certainly a close one.

Stylistically the two are similar other than the fact Pacquiao is a southpaw and Leonard is orthodox, for the most part. Both were electric fighters to watch with exciting come forward fighting styles , possessing buckets of hand and foot speed and could equally bang well.

Perhaps you could say Leonard’s combinations and boxing skills were that little bit more polished than Pacquiao’s, as Manny learned to box half way through his career and started out more as a brawler when he first became a pro boxer.

Leonard always had pure grade since the amateur days and when you combine his physical advantages with his silky skills, I’d probably have to give the nod to Sugar Ray Leonard in this one.

Don’t get me wrong, I think it would have been a compellingly close affair, with moments of great drama along the way, but in the end I could see Leonard emerging as the victor over twelve (or in his days fifteen) close fought, explosive rounds.

Leonard vs Pacquiao – now there’s a fantasy fight that would have definitely lived up to the hype. 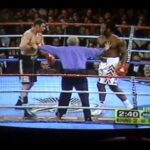 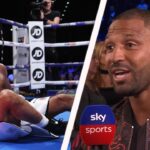