How much is Steven Seagal worth?

Who Is Steven Seagal

Steven Seagal is an American actor, martial artist, producer, and director. The actor began his career as a martial arts instructor in Japan and years later moved to Los Angeles and inadvertently became a movie star, playing characters who are often members of law enforcement or Navy SEALS. Seagal made a name for himself and he quickly became an action hero mentioned in the same breath as Sylvester Stallone and Bruce Willis. Though Seagal isn’t as famous as he was in the 90s, he has found a niche in the market, releasing direct to video movies on an annual basis. Some of the actor’s most popular movies include Under Siege, Above The Law, and Machete.

How Did Steven Seagal Get So Rich?

With being the lead actor in over 40 movies, it’s no surprise that Seagal has made millions from the movie industry, but it isn’t just from acting in the movies that earned him his first bulk of cash. In the early 80s, the martial artist earned work as a stunt coordinator on a ton of movies, and for this he earned hundreds of thousands of dollars. After that, when he finally did become the action hero that he got the thirst for in Above The Law, Seagal was making $15 million per movie. Though his contract with Warner Bros came to an end in the late 90s due to the actor’s weight gain, that still didn’t stop him from making money, as he sold the rights to four of his oldest films for $25 million.

As Seagal’s movies have made a total of $600 million worldwide, being dropped by Warner Bros isn’t the worst thing that could happen, as the actor is still able to demand around $5 million per appearance. He earned $6.5 million for his role in Exit Wounds and again for Ticker. On top of acting in movies and stunt coordinating, Seagal was earning $48,000 per year as a Deputy Sheriff, and though that doesn’t sound like much, he cleverly took advantage of the job by turning it in to the reality show, Steven Seagal: Lawman.

Seagal spent much of his early adult years in Japan learning and teaching martial arts from the early 70s and all the way through to the 80s. When he returned to the US, Seagal operated a dojo out of West Hollywood and without the intention of becoming a movie star, the martial artist fell in to the leading role of Above The Law in 1987. Following that, he starred in more movies of a similar theme, including Hard To Kill, Marked For Death, and Out For Justice, and each one was more successful than the last.

Though Seagal was enjoying his newfound career, his next movie would find him reach success that’s only reserved for action heroes like Arnold Schwarzenegger. The actor starred in Under Seige in 1992, which made more than $150 million, much more than the $50 million takings his previous movies were making. The movie even had a respectable supporting cast that included Tommy Lee Jones and Gary Busey, and it was received positively by critics and has a CinemaScore of A-. A sequel was released three years later and even though it was reviewed less positively than the original, it still made more than $100 million worldwide.

After his profile rose in the early 90s, Seagal was given the opportunity to guest host Saturday Night Live, and that episode has become prolific for being one of the worst episodes of the show, which has been running for almost half a century. Not only that, but the behind-the-scenes stories of the production of that particular episode has become one of the most talked about topics in the show’s run. David Spade called Seagal humorless and criticized him for treating the cast and crew badly. He allegedly even refused to act in a skit where two characters thought they were stronger than Seagal. Lorne Michaels, the creator of SNL, called Seagal, “the biggest jerk who’s ever been on the show.”

In the late 2000s, Seagal turned to reality TV, as was the case in that time for has-been actors and singers, and he starred in the successful TV show, Steven Seagal: Lawman. The show followed the actor travel around Louisiana as a deputy. The show was successful and it lasted for three seasons, with the third season being based in Arizona. In the 2010s, Seagal continued his success on TV by starring in the action drama series, True Justice. The show was repackaged as two-hour movies oversees, with each movie grouping together two episodes of the show.

What Makes Seagal So Successful?

Seagal’s movies often include many of the same themes and elements. His movies are uniform in that the main character will always work for the CIA, Special Forces, or is a Navy Seal, like in his most popular movie, Under Siege. The character will more often than not be almost untouchable, never losing a fight or showing any kind of vulnerabilities whether it be emotionally or physically. Though this means there are little to no stakes in the movies as Seagal is barely ever seen being hit or overpowered, it’s his style and there is an audience that loves seeing the actor fight through hoards of enemies without ever getting a scratch on him. The only time Seagal has ever played a villain is in the 2010 B-movie influenced Machete.

It could be said that Seagal plays an exaggerated version of himself, as he shows off his ability to speak other languages in his movies, and regularly refers to Buddhism in many of the films, just as he does in real life. And, of course, martial arts feature prominently in almost all of his movies throughout. His first movie, Above The Law, even includes photos of Seagal’s past as a martial arts teacher. Because of his interesting mix of interests and hobbies, audiences have been infatuated with the actor for over 30 years.

After practicing martial arts in Japan for over 10 years, falling in to the role of a stunt coordinator in Hollywood, becoming a stuntman himself, and going on to star in some huge movies, Seagal has sculptured a perfect exaggerated version of himself that has become a part of pop culture. Seagal currently has an estimated net worth of $16 million, and the actor is now focusing on his humanitarian ventures, attempting to protect Lake Baikal’s ecosystem. 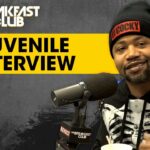 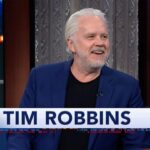