How much is Steve Buscemi worth?

Who Is Steve Buscemi

Steve Buscemi is an actor and director who is widely known by two wildly different types of movie watchers, as he is the token goofball in most Adam Sandler movies, but at the same time is a celebrated and award winning dramatic actor. Buscemi has starred in dozens of cult classics such as Fargo, Reservoir Dogs, and The Big Lebowski, and he often features in action movies too. Covering all bases, the actor is also well represented on TV, having a prominent role in The Sopranos, and being the head-honcho in Boardwalk Empire. The actor often plays a large role behind the camera too, often directing those shows’ best episodes.

How Did Steve Buscemi Get So Rich?

Though Buscemi is known best for his performances in iconic movies that are tirelessly quotable, most of the actor’s wealth comes from the small screen for starring in Boardwalk Empire. For his role as Nicky Thompson, Buscemi was making $75,000 per episode, and as he was the lead actor for all 56 episodes, the show would have earned him a total of $4.2 million. However, that would only have been pocket change to the production, as the pilot episode alone had a budget of $18 million, which is higher than most films and is one of the most costly television productions of all time.

The actor’s other salaries might be undisclosed, but most of his movies now gross hundreds of millions at the box office, so it’s easy to imagine the hundreds of thousands of dollars he cashes in to the bank after each film. Armageddon grossed around $500 million, Con Air grossed over $200 million worldwide, and all his movies with his pal Adam Sandler have grossed billions. Buscemi also makes more than a decent living from voice acting, as he voices a major role in Monsters Inc and Monsters University, now a billion dollar series, and he has voiced Wayne in all three of the Hotel Transylvania movies, also a billion dollar franchise.

Though Buscemi had been acting in TV and movies in the early 1980s, they were often bit part roles that rarely had a second name, and that’s even if they had a name, as in the 1986 movie No Picnic, Buscemi’s character is credited as “Dead Pimp”. Though that might sound like a character that Buscemi would play in an Adam Sandler movie, it wasn’t an ideal role back then. Though the 80s were a struggle, it was at the very turn of the decade when he would start to see success and fame.

It was a strike of luck, not just for Buscemi, but for the Coen brothers too, as the directing duo and actor seemingly found each other at the perfect time. Buscemi worked with the celebrated directors on Miller’s Crossing, and shortly after that on Barton Fink, which won the most prestigious award in the film industry, the Palm D’Or at the Cannes Film Festival. They continued to work together on other classics including Fargo, which has been preserved by the National Film Registry of the United States and had an extremely popular television series adapted from it. And most famously, Buscemi starred as a bowling savant in the cult classic, The Big Lebowski, which now has an annual festival in its honor in many different countries and is called Lebowskifest.

Beyond his work with Sandler and the Coen bros., which take up the bulk of his filmography, Buscemi also played the role of Mr. Pink in Quentin Tarantino’s directorial debut, Reservoir Dogs, a movie that has become a major success story in Hollywood. And thanks to the success of the movie, the actor earned a more than comfortable living by several action movies such as Con Air, and three Michael Bay directed films, Armageddon, The Island, and Transformers: The Last Knight.

The movie star has also worked on the small screen too, mostly taking on roles of gangsters, such as Nicky Thompson in Boardwalk Empire and Tony Bludetto in The Sopranos, two of the most highly acclaimed shows of all time. And being known to infrequently direct an episode here and there, Buscemi directed an episode of The Sopranos called “Pine Barrens”, which is widely referred to as the single greatest episode of television ever, beating out any Game of Thrones or Breaking Bad episode.

What Makes Buscemi So Successful?

Buscemi is interesting looking and has an oddly unique body frame, and this has helped him score roles that might not sound like the most attractive jobs, but the actor admiringly chose to embrace them. For example, he often plays social outcasts in Adam Sandler movies, such as Crazy Eyes in Mr. Deeds, and simply Homeless Man’ in Big Daddy. But even though his looks helped him score those early roles, he formed bonds with filmmakers and movie stars on the sets, proved that he was a great actor, and that is why directors and produces (including Sandler and the Coen brothers) continue to cast him today.

Unlike many actors, Buscemi can walk the fine line between dramatic acting and playing oddballs in goofy movies. Buscemi is one of the greatest dramatic actors alive, as he often portrays characters who are panicked and frantic, such as in Fargo and Reservoir Dogs, the two movies that put the spotlight on the actor. On the complete other end of the spectrum, he can play a bog-eyed lunatic who lives in a cabin on an icy river in Mr. Deeds. Surprisingly enough, for this reason he is highly regarded as one of the finest American actors of all time.

Due to his unforgettable looks, acting at such a high caliber that is totally unrivaled by his peers, and somehow befriending every known person in the industry, Buscemi is one of the most established actors in Hollywood. Several classic performances under his belt and a closet full of awards has granted Buscemi an insane estimated net worth of $35 million. And in the coming months, Buscemi can be found, unsurprisingly, starring in an Adam Sandler movie called Huie Halloween, which will be available to stream on Netflix in October. 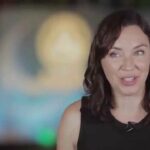