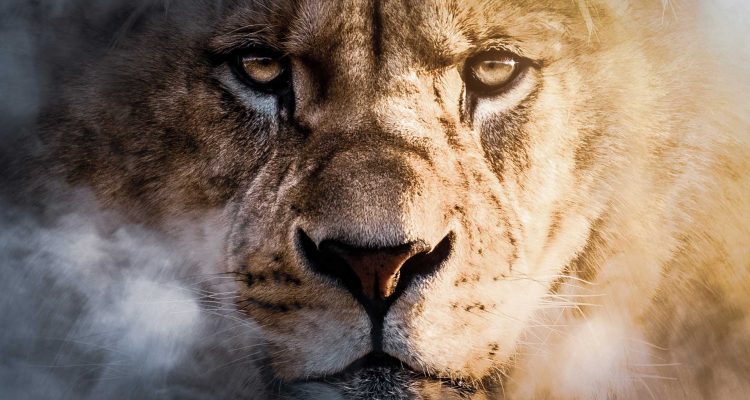 “Do the thing you fear, and the death of fear is certain”
Ralph Waldo Emerson

Get Ready To Reinvent Yourself

This is an exercise in Epic Reinvention. Your reinvention. I’m going to ask for your participation in answering a couple of questions. Game? Here’s the first:

“Do you want to reach for your potential in life?”

If you answered, “no”, this is not the blog for you. Thanks for your consideration.

If you’re still with me, let’s proceed. Notice that I said for your potential. I won’t ask “are you there yet?” because that’s impossible. Your potential is not a finite line in the sand that you will one day cross, it’s an ever expanding field of possibilities.

What I really want to know is:

“Are you participating in that expansion?”

Are you testing the boundaries of what’s possible? Are you eagerly pursuing the fresh new idea and venturing boldly into the unknown? or have you just decided to settle?

If your not participating, why not?

I think I know the answer.

And I think, somewhere deep down, you know it too. The answer is…

Life has taught you to be afraid of it. Somewhere along the line you’ve developed a belief that it’s hard, that you’re not good enough, that you might fail or some other such nonsense. And that fear—whether you care to admit to it or not—has a profound influence on the decisions you make and the possibilities that you allow yourself to contemplate.

I know, because I’ve been there too. I did it for years. Even while I thought I was busy kicking ass and chasing success the fact was I was hiding from who I really was. I was only letting in a fraction of my total potential because my true calling felt too intimidating. It seemed so much safer to stay small and keep life predictable.

Sound familiar? Probably. We’re probably not so different. If you’re like most people, fear has more of a grip on you than you know. We don’t notice after a while because we’ve learned to avoid those fears rather than facing up to them. But they’re there.

I have one more question for you, friend:

“What would your life look like, if fear was never an issue?”

That’s the question I’m setting out to answer in this blog.

By many standards, my life is already pretty awesome. I enjoy a good deal of freedom, and flexibility, interesting work and fairly regular travel. While I sometimes have to save for major purchases, money is rarely something I worry about.

I’ve certainly got a lot to be satisfied and grateful for.

But when I really took a hard look at myself I realized that I’m only living a fraction of what I’m capable, while the larger part of me goes unexpressed.

For too long I settled. I put the needs and expectations of others ahead of my own passions. I waited for other people to hand me opportunities instead of creating them for myself. I took a back seat and forgot about following my true calling. After a year or two, or ten of this the gap between where you are and where you want to be starts to look… impossible.

The beginning of your epic reinvention

No matter how great or modest your accomplishments to date, chances are there is some area of your life in which you’ve restricted yourself. Some dream that has gone unpursued.

In truth, your potential extends far beyond what you’ve allowed yourself to consider. Far beyond your current notion of ‘you’. It’s not a matter of trying harder or being braver or getting more motivated; it’s a matter of releasing the resistance that holds you back. Letting go of the idea of can’t.

“Set a goal so big that you can’t achieve it until you grow into the person who can.”

In the remainder of this post I’m going to walk you through a framework you can use to smash through personal boundaries and reinvent yourself in the image of your true potential. It’s the same program I’ll be using to unleash my own awesome, and reporting on regularly in this blog (hope you’ll stick around for that).

It’s based on a simple principle: fear is resistance to growth. Once we release the resistance: bye-bye fear, hello awesome.

WARNING: this process will take some honesty and soul searching that might be difficult at first; but it’s ultimately very liberating, so I encourage you to stick it out.

We don’t want to dwell on the past, least of all our failures. But if there’s a persistent bugbear or two that has consistently kept you down, it’s time to call it out and deal with it.

When I did this I was absolutely horrified to see how influential my fears had been in shaping my decisions. But my horror was tempered by curiosity at how many of those scary situations seem so trivial and innocuous in retrospect.

Reflecting on this list, see if you can identify the common themes that seem to be there. Do you find fear consistently cropping up in similar situations or topics?

These are some themes I identified in my own experience:

For each of your failure themes, try to put a label on the fear (or several fears) that are behind your failure to act. Again, this calls for some deep, personal reflection. Don’t rush the process, and try to resist the urge to sensor or rationalize the answers that come up. Be at peace with them. These fears may have defined you in the past, but no longer. This is a process of release.

I initially came up with a list of seven labels for the various fears that had held me back in the past, and later refined them into a more general set of five basic fears which I believe are likely to be common to everyone. I’ll be writing more about them in future posts.

If your list of fears is extensive, you’ll want to go through a similar process of amalgamation so your objectives become more clear and manageable. Try to trace the cause of these fears even further to find common ancestors. The best way to do this is not logically, but through your emotions. Think about those fearful situations and take careful note of exactly how each one feels. Do you notice any similarities or differences? Does fear around money feel different to fear around relationships for instance? Get quiet and meditate on it a little while, the answers will become clear to you.

Once you’re there, you’re ready for step four…

This is the step where you leave the old you behind. You shed your old skin and disassociate from the negative patterns of thinking that have been keeping you small. You begin to see the world through a new set of eyes—the eyes of the greater you.

You’re going to design your own personal fear smashing program. The program consists of a series of challenges you can use as a catalyst for growth and a test of your mastery of fear. They will be specifically designed to provoke your expansion in directions which you have previously shrunk from. The challenge is there to sharpen your focus, but it’s important to recognize that it’s not the act itself which will cause the growth, but the changes you will undergo as you prepare to master it.

The idea is to set goals so big that you can’t achieve them until you grow into the person who can. If the goal already seems easily achievable to you before you set it, don’t even bother. That kind of goal wont provoke any meaningful growth from you. You want goals that seem impossible, or at least highly uncomfortable because they’re outside of your present circle of mastery. It’s okay to set some warm-up challenges to build momentum before you tackle really intimidating ones.

To make this process more fun, and measurable, I designed my challenges in a framework with 5 categories and 5 levels of awesomeness. The categories correspond to the five core fears that I identified for myself. The levels represent how far beyond my comfort zone each challenge is. The first challenge in each category is mildly uncomfortable but immediately rewarding. The last challenge seems darn near impossible… for now.

If you’re struggling to come up the right challenges, chances are you’re setting the bar too low. You need challenges that are worthy of you and compelling enough to inspire you to grow. Here’s some questions you can ask to help kick inspiration into high gear:

As you contemplate your challenges, you may notice that they elicit resistance from you: you may feel it as a kind of tension, clenching, or flaring up of negative emotion. Just relax and let it pass; put your focus back on the potential and do your best to gently take it away from the thoughts of doubt and protestation that will inevitably come up from time to time. That’s just the little you holding on for dear life. Don’t worry, she wont be around for much longer.

Realize that it’s perfectly okay to set a goal that you don’t know how to accomplish. That’s how all great journeys begin. Not so long ago, even starting this blog seemed like an daunting task. Once you honestly commit to the idea, the means is quickly revealed to you.

If your goals feel intimidating, but not paralyzing you’re in a good space.

Although I’ve used to word ‘goal’ a lot in the preceding sections, I’m not a big fan of it. I used to be an extremely ‘goal-oriented’ person who thought the way to win at life was by working hard and climbing ladders.

No longer. I’ve since come to the realization that happiness is not about ‘getting’ or ‘achieving’, but rather ‘becoming’. This puts goals in a totally different frame. I no longer think of them as things ‘out there’ that I have to accomplish or acquire, or circumstances that I have to create. Rather, I just look for the change in me that would make the change ‘out there’ inevitable.

What I’m proposing here is not an action plan to create some physical result. It’s a thought process to change who you are as a person. To reinvent yourself as a greater version of you. A more capable, less fearful version. To create a remarkable psychology. The way to do that is to release the emotional resistance that prevents that natural expansion. That’s it. That’s what the rest of this blog will primarily be about. 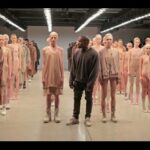 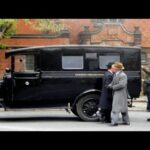