Yesterday we spoke about Stephenie Meyer‘s The Short Second Life book; she writes suspense books and has published books for young adults and adults. Here is a complete list of Stephenie Meyer’s books, organized by year.

There’s a reason more than 10 million Twilight series books are in print. Twilight, the first in the series, is the addictive story of two teenagers –- Bella, a regular girl, and Edward, a perfect gentleman and a vampire.

New Moon is the second of the popular, dark romance Twilight series. The book as a whole has a brooding and melancholy feel to it, capturing well the angst of its teenage characters.

Chances are, if you enjoyed the first two installments in Stephenie Meyer’s addicting Twilight Saga, picking up Eclipse — the third book in the series — is a foregone conclusion. Eclipse continues the story of Edward and Bella.

The Host is Meyer’s first novel for adults. It is a paranormal love story about an alien who takes over a human body, but the human refuses to relinquish control of her mind.

Breaking Dawn is the fourth and final book from Bella’s perspective in the Twilight series.

In The Short Second Life of Bree Tanner, readers catch a quick glimpse of the Twilight universe through the eyes of a newly created vampire. This short novel begins just days before Bree and her fellow new vampires attack the Cullen family at the end of Eclipse, and if you’ve read that story, you know when it ends. Written from Bree’s perspective in the same way the Twilight books are written from Bella’s, Bree Tanner has the stuff this series is made of: romance, action, and danger. 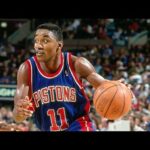 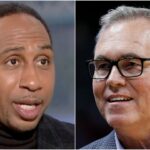