How much is Stephen Curry worth?

Who Is Stephen Curry

American professional basketball player Stephen Curry has a net worth of $150 million dollars, as of 2021. Analysts and players alike have called him “the greatest shooter in NBA history”.

Weaknesses: At 6’3” and just 185lbs, Curry is considered a small point guard. Since he has such a small frame, you’d think he’d be very athletic, but that’s not the case. His athleticism is just average to go along with his below average size.

Curry was a high school standout at Charlotte Christian School in Charlotte, North Carolina. He was named all-state, all-conference and team MVP while leading his school to three conference titles and three state playoff appearances.

Even as a young basketball player, Curry showed signs of being a great shooter.

During his senior season in high school he shot over 48% from three-point range.

After graduating high school it was Curry’s dream to play for the Virginia Tech Hokies where his dad played. Unfortunately, Virginia Tech did not offer him a scholarship. Eventually, Curry would accept an offer to play for Davidson College even though they had not won an NCAA tournament game since 1969.

When Davidson landed Stephen Curry, they hit the college basketball lottery. As a freshman he immediately made an impact to their team. In addition to carrying the Wildcats to the NCAA tournament, Curry set the NCAA freshman season record for 3-point field goals with 113.

Although Davidson lost to Maryland in the tournament, Curry was named Southern Conference Freshman of the Year.

Curry once again led Davidson to the NCAA Tournament during his sophomore season. This time, however, Davidson would make it out of the first round. Curry scored 40 points, going 8-for-10 from 3-point range to lead his school past Gonzaga. It was Davidson’s first tournament win since 1969.

Davidson would also upset third-seeded Wisconsin that year. Curry would go on to set the single-season record for most three-pointers made in one season. Unfortunately, the Wildcats were ousted from the tournament by top-seeded Kansas.

During Curry’s junior season Davidson failed to reach the NCAA tournament. He opted out of his senior season and entered to NBA.

Despite his lack of size, the Golden State Warriors used their seventh pick in the 2009 NBA draft on Curry. His shooting skills immediately translated to the NBA. He finished his rookie season averaging 17.5 points per game and was unanimously named to the 2010 All-Rookie First Team.

Curry’s next two seasons would play out similar to his rookie season. Curry was a dominant scorer stuck on a pretty bad team.

Before the 2012-13 NBA season the Warriors signed Curry to a four-year extension worth $44 million. It proved to be one of the best decisions Golden State had made in several years. The 2012-13 season would become Curry’s breakout year.

He averaged 22.9 points in the regular season and led the Warriors to the 2013 NBA playoffs. Not only did they make the playoffs, they won their first-round series over the Denver Nuggets. Sadly Golden State would lose to the San Antonio Spurs in the semifinals.

Despite losing to the Spurs, Curry and the Warriors successfully put themselves on the map. Heading into the 2013-14 season Golden State was considered a top 10 team by many NBA fans and analysts.

Not only do people believe the future was bright for the team as a whole, everyone was anxious to see just how great Stephen Curry could become. At just 25-years old, many people already believed he was the greatest shooter in the NBA. 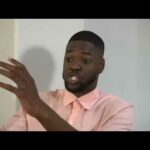 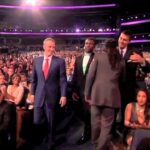