How much is Stephen Baldwin worth?

Who Is Stephen Baldwin

Stephen Baldwin is an American actor whose breakthrough role was in the acclaimed thriller movie, The Usual Suspects. The actor is best known as one of four Baldwin brothers, with the most famous of the lot being Alec Baldwin. As Baldwin’s didn’t maintain the heights of fame that he had in the mid 90s, he infrequently features on TV reality shows and panel game shows, including Celebrity Big Brother and 8 Out Of 10 Cats. Besides The Usual Suspects, some of Baldwin’s other popular movies include Born On The Fourth Of July, Half Baked, and The Flintstones In Viva Rock Vegas.

American actor, producer and director Stephen Baldwin has a net worth of $500 thousand dollars, as of 2021. Stephen used to be worth real money back in the 2000s, but after defaulting on $800,000 in mortgage payments it turned out he also owed over $2 million. Today, Stephen Baldwin’s net worth is a mere $500k.

How did Stephen Baldwin earn his net worth?

Though Baldwin may not have received a huge pay check for The Usual Suspects, as the movie only had a budget of $6 million, since the movie has become much more successful in the years since its release, it’s likely that the actor continues to pick up yearly residual checks. On top of that, though the films were unsuccessful, Baldwin had leading roles in several movies following The Usual Suspects and despite them not performing well at the box office, it wouldn’t have effected his pay check. It’s likely that he earned millions for his roles in Bio-Dome, Fled, and One Tough Cop.

Unfortunately, though Baldwin has seen financial success from his large acting paychecks, the actor has actually struggled financially for the better part of 20 years. In 2009, the actor was forced to auction his million dollar home in Rockland County due to owing tens of thousands of dollars in state and federal taxes and was forced to file for bankruptcy. A court filing revealed that it was worse than people thought, as Baldwin had several million dollars worth of debt to his name. For 2008, 2009, and 2010, Baldwin agreed to pay $300,000 of back taxes and debt, which might explain all of the actors appearances on reality TV shows.

Baldwin first started in the movie industry when he had a small role in 1988’s Homeboy, which starred Mickey Rourke and Christopher Walken, but it underperformed at the box office. After a series of failures, Baldwin scored a minor role in the classic Oliver Stone movie, Born On The Fourth Of July. The movie was a massive success and earned $170 million worldwide, but when the film was released, Baldwin returned to making the wrong movie choices and it seemed like he wasn’t cut out for the industry unlike his brothers.

However, six years later, Baldwin starred as MacManus in The Usual Suspects in 1995. The movie was a modest success, and though it only made $34 million dollars worldwide, it did so off a small budget of $6 million. The movie has since become embedded in pop culture for its now famous plot twist at the end of the movie and has become much more popular since it was first released. Though even this success wasn’t with out its shortcomings, as Baldwin famously came to blows with Kevin Pollak on set on several occasions. They had numerous stand offs with each other where it came to blows many times, and it led to a career long feud.

After The Usual Suspects went on to two Academy Awards, Baldwin was finally recognized as a reputable actor. His next starring role would be in Bio-Dome, a comedy full of toilet humor, drug use, and sexual innuendos. Though the movie was not received well by critics in the slightest, it marked the first time that Jack Black and Kyle Glass appeared as Tenacious D. The actor continued down the comedy route by starring in The Flintstones In Viva Rock Vegas. Though it serves as a prequel to The Flintstones, it stars none of the original cast, which is part of the reason why it failed to make its money back at the box office. For his take on Barney Rubble, Baldwin was famously nominated for a Razzie award.

In the 2000s and 2010s, Baldwin spent more of his time appearing in reality TV shows. He featured on the UK version of Celebrity Big Brother, I’m A Celebrity…Get Me Out Of Here, and 8 Out Of 10 Cats. On Celebrity Big Brother, though he was entertaining due to taunting the devil statue in the house by saying, “you’re a loser,” he didn’t fair well with the public. The audience didn’t buy in to his reading of bible passages to his housemates, which led to him becoming the fourth housemate to be evicted, and this was in a house where Ivana Trump was living.

Thanks to his incredible performance The Usual Suspects, Baldwin started getting more offers for roles thrown at him. He was so superb in that 1995 movie due to his method acting, staying in character as MacManus off screen too, which is what reportedly led to his fights with Kevin Pollak. However, though Baldwin is a good actor, he hasn’t seen as much success as he arguably should have and his fame was tragically brief, and it’s mostly down to making the wrong choices in what movie roles to accept.

The little success that Baldwin has had is owed to his brothers, as Stephen isn’t the most talented when compared to his brothers. Frankly, the reason his name is still muttered in conversation isn’t because of his roles in Bio-Dome or One Tough Cop, or for his appearances on British reality shows, it’s because he’s Alec Baldwin’s, and to a lesser extent, Daniel and William Baldwin’s younger brother. However, it could be argued that Stephen Baldwin got to where he is all by himself without the help of his family, and if Alec Baldwin did help out his brother in the industry, Stephen would have had a much better career.

Though Baldwin doesn’t have the most gratifying filmography in the world, the crown jewel in his career, The Usual Suspects, is currently #32 on the IMDb Top 250 list and it remains one of the most shocking movies of all time. Due to his financial troubles, Stephen Baldwin’s net worth is estimated to be anything between $50,000 and $500,000. Most recently, Baldwin starred in 2019’s The Least of These, in which the actors plays the real life Australian missionary, Graham Staines. 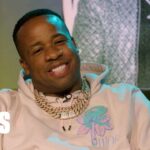 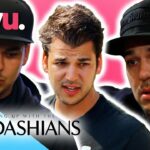