Stephanie Lessing is a freelance writer who lives in Demarest, New Jersey, with her husband, Dan, and two children, Kim and Jesse. Stephanie was formerly the Promotion Copy Chief for Mademoiselle magazine and traveled with Mademoiselle to co-host fashion and beauty events, going on to freelance for magazines such as: Vogue, Glamour, Vanity Fair, Conde Nast Traveler, Self, and Women’s Wear Daily. While attending the American College in Paris, she interned for the Herald Tribune and then graduated from Boston University with a B.S. degree from the School of Public Communications. I recently had the opportunity to question Stephanie about her smart new book, She’s Got Issues.

Us: I enjoyed your essay, “I Hear Voices,” and though I know that it was meant to be funny, I wondered how much truth there was in it. Does your fiction generally start with the characters, then, rather than plot or theme?

Stephanie Lessing: Absolutely. There was no plot, or outline, for that matter. All I had was this idea that women need to be nicer to each other in the workplace. Chloe sort of invented herself. I wound her up, set her down in the offices of Issues Magazine and let her do her thing.

AC: I read on your website that you have two children (heights 5’1″ and 5’4″). Could you share some tips for balancing writing and parenthood?

SL: I wasn’t able to do much of anything when they were small. I pretty much spent all of my time staring at them. I found them fascinating and couldn’t care less about anything else. Needless to say, I didn’t get much writing done. I simply waited until they were in school full time. I write all through the day and night, but if one screams my name, I drop everything. They come first. I write while they’re doing their homework or hanging out with their friends.

AC: What was the biggest challenge you faced as a first-time novelist?

SL: Getting publicity for the book. I think this is something writers need to know. In-house publicity departments don’t have the time or the money (unless you’re famous) to spend on making your book a bestseller. It’s up to the author to go out there and make things happen, to get the word out and get the book noticed. No one is going to do it for you. They have piles of books to sell. Writing the book and getting it published was a cinch compared to finding ways to publicize it.

AC: The New York Post described your book as “A lively chick-lit exploration of modern social manners.” Why did you choose the chick lit genre (if you did consciously choose it)? What does this genre offer that others might not?

SL: I’m not sure if I chose to write chick lit but I did, didn’t I? I thought I was writing a sort of satire of the whole genre because Chloe is such an exaggeration of most chick lit characters but the book wasn’t marketed as such. I do love chick lit though, so I’m proud to have written a chick lit book, whether I intended to or not. I think it’s important to find the humor in as many situations as you possibly can. Chick lit offers readers a way to laugh at their problems and to realize they’re in the same boat as so many other women their age. These books bond women together because they all pretty much have one unifying message, i.e., “If you don’t take life too seriously, it’s a lot more fun.”

AC: It’s my understanding that the chick lit genre has fairly well-defined rules: the protagonist, usually a woman in her twenties or early thirties who lives in a major city, is seeking both love and career advancement and must achieve both in the end. Though you fulfilled these requirements, She’s Got Issues ultimately seemed more concerned with how women interact with each other than with either romance or careers. How conscious were you of the genre’s rules — either following them or bending them — while you were writing?

SL: I wasn’t conscious of them at all! I know that must sound odd since I pretty much followed every rule but it just happened that way. My only intention, and I’m glad that it came through, was to write a book about how women interact with one another. The romance sort of slipped itself in.

AC: You have enjoyed a successful career in the magazine world, and I understand that She’s Got Issues arose from a series of essays. Did you always know that you wanted to write fiction, or did fiction suggest itself with the essays?

SL: I had no idea nor did I ever intend to write a novel. Someone suggested that I turn the essays into a novel and I thought, “How am I supposed to do that? “ It would be like someone coming up to me now and saying, “I think you should turn your novel into a house.” No clue. I just did it. I have no idea how. Like I said, there was no outline, no plan, no nothing. Just Chloe.

AC: How carefully do you plan out your novels before writing them? For instance, I noted that you are working on a new book from Zoe’s perspective. How much do you know about the new novel at this point and how much will evolve as you work on it?

SL: I don’t plan a thing. I literally sit there and write down whatever pops into my head. That must sound ridiculous but it’s true. I’m always shocked to find out what my characters are up to. Miss Understanding, the new novel, is completed. And in some ways it’s the book I originally intended to write until Chloe took over. This book takes the message of how women get along to an entirely different level. That’s why I haven’t figured out what to do with it. It’s a very different book.

AC: Can you talk about what it’s been like promoting the book? Did your background in the magazine world help with this process?

SL: Yes, my training at places like Vogue and Mademoiselle definitely came into play. One of the big things we did at Conde Nast was try to come up with ways for our readers to sample our advertisers’ products. I tend to think of She’s Got Issues as something that needs to be sampled to get you hooked. A lot of what I did promotionally was based on this idea that if you get a taste of the writing and the humor, you’ll want to read the book. Once you’ve read a few pages and laughed out loud, hopefully you won’t be able to resist coming back for more. 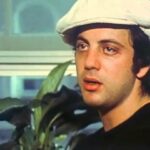 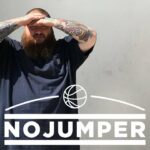