How much is Stephanie Hollman worth?

Stephanie Hollman is charming girl next door originally from Oklahoma, who likes to give her time and money to charity. She’s married to Travis Hollman, who is a very important manufacturer of wood and laminate lockers. Stephanie is one of the ladies from new reality show The Real Housewives of Dallas. Her current net worth is estimated to be about $18 million as of 2021.

As we already mentioned, Stephanie likes to give her time to many charitable organizations and noble causes. She chaired jointly The Texas Trailblazer’s Luncheon, contributing to The Family Place, the biggest agency against domestic violence in Texas. Stephanie also was active with Big Brother and Big Sister for almost a decade now.

Most importantly, Stephanie is head of the philanthropic donations for her husband’s firm. Stephanie also increases her personal wealth by doing errands for her husband while Travis is out of the town because of the business. Travis’ firm makes high quality fitness lockers for customers such as LA Fitness, Planet Fitness, and Athletic Lockers for programs including Texas A&M to name just few. Hollman’s entire offer of lockers and panels are made in local factory in Irving, Texas.

They own two US patents for techniques which make possible to manufacture veneered raised panel doors. The organization also contributed lots of money for green manufacturing. For example their UV cured water-based finishing line does not use VOC products at all. This locker business was established in 1976 by Joe Hollman along with his son who currently runs the company. 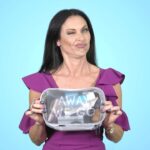 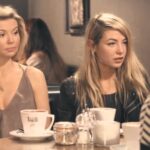