Wealthy Genius
Home Z Genius45 Snapchat: Is It Actually Worth It? 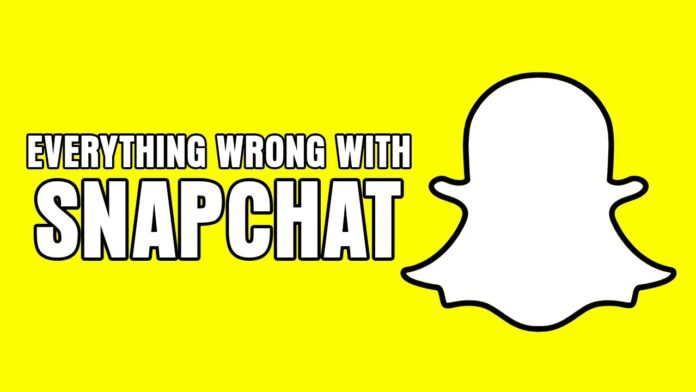 Ah, Snapchat. It’s the perfect place to send flirty messages, brag about what you’re doing and send triple chin selfies to your BFF. It’s also a place that can be seriously bad for you. Snapchat is destroying your happiness without you even realizing it. Whether you’re totally oversharing or it’s impacting your mental health, Snapchat can add some major negative vibes to your life. Have no fear, it’s not too late. You can take back some of your happy vibes without even deleting the app.

1. It’s a Huge Source of FOMO and Jealousy.

Tell me you’ve never looked at a Snapchat story and automatically felt like you were missing out on something. Or maybe you’ve looked at someone’s story and got super jealous of they were doing. Here’s a simple truth: You look at other people’s Snapchat stories when you’re the most bored and when you’re usually doing nothing. People post Snapchat stories only if and when they’re doing something. When you’re in a funk and you watch other people’s highlight reels you’re making yourself super vulnerable to jealousy and even sadness.

When you’re bored or feeling low, avoid looking at Snapchat stories at all costs! One tip is to move Snapchat onto the last page of your apps (AKA where you usually put the Stocks app…Does anyone even use that?). By the time you swipe over to it, hopefully, you’ll remember that viewing Snapchat stories won’t do you much good. When you open the app, ask yourself, “What am I hoping to get out of this?” If you can’t think of a valid reason (ie: opening a message from your cousin to see if she got home safe), don’t bother.

2. Life becomes focusing on recording moments rather than enjoying them.

I think most of us can admit to spending the entirety of a concert with our phone raised in the hand and finger resting on the record button. We then promptly add the recordings to our Snapchat story and, if we’re feeling a little daring, proceed to snap it to our friends, too. Instead of enjoying the experience it becomes a game of showing off where you are and what you’re doing.

I get it, you can’t just quit cold turkey. Limit yourself to one Snapchat per cool event you attend. After that, put the phone away and just enjoy your experience. Instead of building a cool Snapchat story, try to focus on building cool memories. Or, with the new feature, upload photos or videos from the event after the fact.

The fact that Snapchats are so temporary and the fact that you can see when people Screenshot things can bring out anyone’s wild side. Snapchat makes it easy to send nude photos without much of a second thought because of how fleeting it is. The truth? Sending a nude photo is sending a nude photo regardless of which social media channel you use. Snapchat stores data, there are hacks to screenshot without getting caught and you never know who could be looking at the Snap (besides the person it’s intended for).  Your BF/GF might be sitting at family dinner when they open the Snap, giving mom a peak at something you certainly didn’t want her to see. This isn’t only for nude photos — it also applies for the triple chin selfie you just sent or the snarky comment you made about your boss.

Be cautious even when Snapchatting. Yes, Snapchats are only a few seconds but that doesn’t mean once they’re gone they’re gone forever. Keep it classy and remember that once you put something out there, it’s out there. If you do send an inappropriate Snapchat, send a neutral one in advance with a little warning, just in case the person opening it isn’t alone.

4. It Becomes A Pit of Unproductiveness

Who hasn’t gone to bed with plans to get some rest only to spend the next hour watching Snap stories, checking Facebook and scrolling through Pinterest? And, who hasn’t sat in front of their textbooks ready to start their assignments only to get sucked into Snapchat by receiving a Snap from their friend? Snapchat is another app that only adds to the procrastination and unproductivity.

If you don’t have the willpower to actually delete this, and other social media apps, from your phone, move them to the last page of your apps. This makes it more difficult to access it and gives you more time to think about why you’re really going to the app in the first place. You can also try setting boundaries for time spent on social media on your phone, maybe while you drink your morning coffee or while you wait for the bus. Even better? Turn off the app’s notifications and alerts. This will help prevent extra distractions.

All of us have seen a cool party or brunch with some friends on a Snap story and felt a pang of sadness or anger at being excluded. Don’t be the person who causes that feeling and avoid oversharing who you’re with.

SEE  19 Things You Need To Know About Pete Davidson

Stop oversharing where you are, who you’re with, etc. Do you need to take a video of everyone’s face around the brunch table? If you do, is it necessary to post it on Snapchat? You’re free to Snap whatever you’d like, but take a moment to consider who can see your story and who it could potentially hurt.

Sticking on a Geotag of your location may seem innocent, but it’s letting all of your Snapchat pals (and more if your account is public) where you are. Safety is especially a concern with the new Bitmoji location tracker. Um, creepy? Anyone can see where you are and when you’re there.

A) Don’t allow just any ‘ol rando see your Snaps — make sure your security settings are on lock. B) If you must add the cute geotag, try switching your phone to airplane mode and waiting until you’re no longer in that location to switch it off, allowing your stories to post not in real time. Boom, sharing where you were without allowing people to find you there in real time. Also, turn off the uber creepy Bitmoji tracker. If someone needs to know where you are and when you’re there, text them. Don’t share it with friends and randos you forget you even added on Snap.

Book Adaptations: Actors Who Looked Nothing Like Their Characters

23 Times Female Celebrities Shut Down Haters Who Bashed Their Curves

21 Celebrities Who Hate Their Fame

17 Celebrity Confessions Confirm The Problems of Being Famous

18 Celebrities Who Are Proud Bookworms