How much is Skai Jackson worth?

Who Is Skai Jackson

Skai Jackson is a young actress, author, and YouTuber. From her first major acting gig at the age of 5, to being included in Time‘s list of the Most Influential Teens of 2016, Jackson has seen massive amounts of success in a relatively short amount of time.

How Did Skai Jackson Get So Rich?

It is no secret that getting a role on a successful Disney Channel series is a great way to jump start your acting career; it gives young actors a massive amount of exposure, and the paycheck isn’t so bad either. Actors can make anywhere from roughly $36,000 to $41,000. And, while there are no exact records showing how much Jackson earned from her time on Jessie and Bunk’d, it’s safe to say the shows added quite a bit to her bank account.

Her earnings from Disney mixed with the ones from her various other roles in film and television led to her gaining a net worth of $500,000, a rather impressive amount for someone her age.

Jackson started off her career as a child model, appearing in various commercials for brands like Old Navy and Coca-Cola. Her film debut (and her first serious acting role) came along in 2007, with her role in Liberty Kid. From there she had various voice roles, guest appearances, and cameos. She voiced Little Fish in the Nickelodeon preschool show Bubble Guppies, and had minor roles in the films Arthur and The Smurfs.

Her real time to shine, however, was in 2011, when she was cast as Zuri Ross in the Disney Channel original sitcom, Jessie. The show was a success, lasting from 2011 to 2015, and Jackson’s fame and following grew significantly. She also appeared on some crossover episodes with Austin and Ally, Good Luck Charlie, and Ultimate Spider-Man. In 2015, she reappeared as Zuri in the sequel series to Jessie, Bunk’d, which lasted for three seasons, ending in 2018.

Since Jackson started out on Disney Channel in the same age range as most of its viewers, she grew up with them. So it’s no surprise that her social media became quite popular, with her being relatable to her audience.

Skai Jackson became a Disney Channel star, was nominated for an Image Award in 2016 and a Shorty Award in 2017, and has gained an impressive net worth in the span of eighteen years. Not many accomplish this.

Jackson started her career at a very early age, and her mother always pushed for her success. This is a start that not many are given, however even those that do don’t always stay in pursuit and keep moving forward. With Jackson, the opposite was true. The motivation she received from the very beginning has continued to drive her forward to pursue her passion. She has a desire to use her platform to empower others, particularly young girls. and she has done just that, not only with her social media presence, but with a book she released in 2019 titled Reach for the Skai: How to Inspire, Empower, and Clapback.

It takes more than talent alone to make it in the acting industry. Jackson’s early start, as well as her mother’s strive for her success, gave her a great beginning point, and from there she has been in hot pursuit of her ever-growing career.

Not many people have gained substantial fame and financial success by the age of eighteen, but Skai Jackson has done just that. From the very beginning of her life she was taking steps towards becoming a successful actress, and that early drive and motivation stayed with her to land her a role on a Disney Channel show. From there her career and fame have continued to skyrocket, (there’s a bad pun I could make there but for the sake of the reader I will avoid doing that,) with her acting roles and her social media presence.

Skai Jackson has seen more success than most have in only eighteen years, and, considering her talent, and her drive to pursue her passion and continue to empower young girls, she will continue to be successful for years to come. 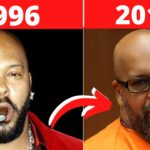 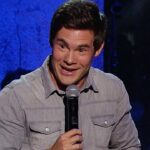