How much is Simon Cowell worth?

America was first introduced to the wry music exec as a judge on American Idol where he wielded his power like a club, beating down the hopes and dreams of wannabe singers everywhere.

Who Is Simon Cowell

We all know Simon Cowell best as the former American Idol judge who doled out unconstructive criticism for nine seasons, but his real claim to success was behind the scenes as a record executive. He translated his business savvy into a record label, television production credits and international fame for simply being a jerk.

English television personality Simon Cowell has a net worth of $600 million dollars, as of 2021.

Mogul In The Making

Cowell grew up in Hertfordshire, England, the son to a ballet dancer and socialite mother and an estate agent and music executive father. He dropped out of high school when he was 16 and started working odd jobs, but he often butted heads with bosses and colleagues. He finally landed a steady gig when his father used his connections to get him a job in the mailroom at EMI Music Publishing where he worked his way up to assistant to an A&R executive, and then talent scout.

He left the company in the early 80s to start his own label, E&S Music, with his boss Ellis Rich. Simon broke ranks a few years later and joined Fanfare Records in 1985 where he had his first taste of success. During his eight years at Fanfare, he worked his way up to a partner and launched the career of European pop star Sinitta. But the label folded in 1989 leaving Simon in debt and forcing him to move back in with his parents.

He got back into the music game when he became an A&R consultant for BMG that same year where he climbed his way back up the ladder, signing acts like the wildly successful Irish boy band Westlife.

Picking The Next Pop Idol

Even though Cowell was already a big name in the music biz, the world didn’t get face time with the heavyweight until 2001 when he teamed up with producer Simon Fuller to create a show called Pop Idol. The series gave singers the chance to audition for a shot at a record deal with BMG. After initial open auditions, contestants were whittled down to 10 finalists who had to perform every week and were eliminated based on fan votes.

The show was an instant success thanks, in part, to clips of disastrous first round auditions and Cowell’s unfiltered ridicule of bad singers. In 2002, it got an American spinoff, American Idol, which aired on Fox and went on to become one of the most successful shows in US television history thanks to Simon’s “charm” and his constant bickering with co-judge Paula Abdul.

Keeping Up With Cowell

Cowell balanced judging duties on American Idol with several other gigs. He started his own label and production company, Syco, in 2002 and created shows like The X Factor, which launched Leona Lewis’s career, and Britain’s Got Talent, which introduced the world to Susan Boyle. Although he broke a record when Fox renewed his Idol contract for $40 million a year in 2006, he announced he was walking away from the show in January 2010 to bring his own talent show The X Factor to America. It’s set to air on Fox as part of the fall 2011 lineup.

Despite his reputation for being cold and heartless to young wannabe pop stars, Cowell has been a humanitarian for some time, supporting causes like the Association of Children’s Hospices and PETA and producing a charity single after the Haiti Earthquake. He also proved that he had a sense of humor when he parodied himself in film and television on shows like Family Guy and The Simpsons. The frigid critic has even warmed up enough to open himself up to relationships. He dated TV personality Terri Seymour from 2002 to 2008, and the two remain good friends. In February 2010, he confirmed that he was engaged to make-up artist Mezhgan Hussainy, whom he met on American Idol. Yet in 2013 he became partners with Lauren Silverman and together they have two children.

Defining Quote “I haven’t done anything particularly harsh. Harshness to me is giving somebody false hopes and not following through. That’s harsh. Telling some guy or some girl who’ve got zero talent that they have zero talent actually is a kindness.” 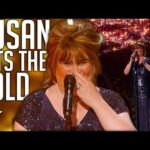 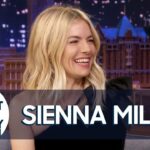