18 Of The Most Surprising Celebrity Engagements Ever

If you follow celebrity news, you know that celebrity engagements and marriages are a dime a dozen. They work FAST, going from courtship to engagement, marriage, then divorce in a flash. We’re pretty sure we’ve had milk last longer than some of these relationships. While it’s not surprising, it’s certainly jarring to see how “in the moment” celebs can be.
There are some stars who’ve only known each other for a short while before they tie the knot, and those we’d never, not in a million years, expect to make things official. One thing is certain: They sure take the trite “love at first sight” experience very seriously!

Reese Witherspoon and CAA talent agent Jim Toth were only engaged for three months before they made things official. They started dating in February 2010, got engaged in December of that year, and married in March 2011. When you know, you know, right? The A-list couple has been going strong ever since, welcoming a son into their family in 2012. Reese recently gushed about Jim and how supportive he is of her endeavors. If her latest successes are any indication, she’s got a good husband who understands her ambitions and gives her all the moral support she needs.

Khloé Kardashian and Lamar Odom have quite the history. The couple got married in 2009, about one week after Lamar popped the question and only a month after they first met in the first place. A month! It was televised on Keeping Up with the Kardashians and viewers saw Khloé trying to get her family (namely a pre-transition Caitlyn Jenner) on board with the speedy wedding. Although everyone quickly took to Lamar, the marriage took a tumultuous turn after about four years as Lamar struggled with addiction and rumors of infidelity plagued the relationship. While they were separated in 2013, they didn’t officially divorce until 2016, reportedly because Khloé wanted to be able to make medical decisions for him after an incident left him unconscious in a Las Vegas brothel.

Everything happens in threes for Kaley Cuoco and Ryan Sweeting. Not only did the couple get engaged after only three months of dating, but they got married three months later on New Year’s Eve. Talk about starting fresh and kicking off the new year with a bang! Unfortunately, their cute romance was short-lived as they separated only 21 months later. (Another three as 2+1=3, creepy.) Boo.

New England Patriots Quarterback Tom Brady and former supermodel Gisele Bündchen make one cute couple. They got engaged in January 2009 and married just a month later, and remain as blissful as ever with two wonderful kids. Gisele enthusiastically supports Tom’s career, passionately cheering him on during the games and consoling him after major losses. The couple, who were together for years before they got married, live in Boston. They are adorably affectionate with each other, especially on social media, and we love it!

Although rapper Ludacris and Eudoxie Agnan had been dating since 2009, they got married only 24 hours after Luda (presumably) got down on one knee. And despite a few rough patches over the years, they remain a solid front to this day. He popped the question on a plane by projecting the words “Eudoxie, will you marry me?” on the ground, and according to his Instagram post, she said, “HELL YES!” I guess, there’s really no point in waiting when you know you’ve found THE ONE.

Nick Cannon and Mariah Carey were pretty tight-lipped about their engagement, but had revealed they got married in a secret ceremony only a short while after a big engagement ring was spotted on Mariah’s finger in 2008. They also welcomed adorable fraternal twins Moroccan and Monroe in April 2011. Unfortunately for the couple, they amicably parted ways in August 2014 and officially divorced in December of that year. As people know, they’ve both publicly moved on with other relationships, but still remain great friends for the sake of their kids.

Britney Spears and Kevin Federline got engaged in June 2004 and got married in September of that same year. Alas, the couple ended with a pretty rough breakup, to put it lightly, that was splashed all over the tabloids. Two months after giving birth to their second son, Britney filed for divorce in 2006, and it was the start of a long custody battle which allegedly continues to this day. While they are both in good places now, the aftermath hurt them psychologically and changed both of their views on marriage in general. Luckily, it seems like Brit has finally found a great guy and is doing better than ever!

After calling off their first engagement in 2009, Megan Fox and Brian Austin Green got engaged again in June of 2010 and married only 23 days later! The couple has been together for a while, first meeting in 2004, and they share three sons. Although Megan filed for divorce in 2015, the two decided to work things out when they discovered Megan was pregnant with their third son. They have one gorgeous family and seem to be doing much better lately, with Megan recently going on Instagram to thank her hubby for giving their sons awesome genes. It’s pretty undeniable that they BOTH have pretty great genes.

We all remember the fiasco that was Kim Kardashian and Kris Humphries‘ wedding.  They got engaged in May 2011 and married only 90 days later. Entirely televised on Keeping Up with the Kardashians, the grand wedding ended in a separation just a mere 72 days later. Yes, their marriage was shorter than their engagement. As a result, many people speculated that the wedding was nothing but a publicity stunt, meant to boost ratings for Kim’s reality TV show. Sadly, we wouldn’t be too surprised if it was because it’s left quite an impression to this day.

Lord of the Rings star Orlando Bloom and model Miranda Kerr were only engaged for a month before they got hitched in July 2010. Sadly, however, they split up after three years of marriage and have been co-parenting their son Flynn ever since. Last we heard, Miranda is happily married to Snapchat CEO Evan Spiegel, and Bloom is reportedly back together with Katy Perry. At some point, there were rumors that Orlando and Justin Bieber had gotten into a fight over Miranda Kerr (or Selena Gomez, whom the actor was romantically linked to, as well). Complicated webs, but it seems like now that Jelena is out of their lives, all is for the best.

Cameron Diaz and Benji Madden sealed the deal on January 5, 2015, only 17 days after he put a ring on it. They are so cute together! Cameron and Benji never miss an opportunity to gush about the other and show their support. In fact, during an interview with Andy Cohen on his SiriusXM radio show, Cameron exclaims, “Nothing matters now that I have my husband.” They’re somehow simultaneously able to be one of the cutest couples in Hollywood, while keeping their relationship shockingly low-profile.

Mandy Moore got engaged to Ryan Adams in February 2009 and married only a month later in a small church in Savannah, Georgia. However, Mandy filed for divorce in January 2015, splitting amicably with her longtime partner. They seem to be in good places though, with Ryan releasing new music and Mandy finding great success with This Is Us. Not to mention, Mandy is now engaged to Dawes frontman Taylor Goldsmith. Can we expect another short engagement?!

Katy Perry and Russell Brand might have one of the longest engagements on this list, getting married 10 months after their engagement on New Year’s Eve 2009, but their relationship, for the most part, had been a quickie. Things ended pretty disastrously for the couple, as Katy confessed he said he wanted to divorce her via text. The pressures of fame and babies got to them, and their marriage ended a mere 14 months later. Although Katy went through a difficult phase in the aftermath, she has been able to move on and is reportedly back together with Orlando Bloom. Russell also welcomed a child with Scottish lifestyle blogger Laura Gallacher and married her in August 2017. Hopefully, this relationship works, and if it doesn’t – hopefully he’s grown up enough to not break someone’s heart over the phone.

Naya Rivera and Ryan Dorsey had an unconventional start to their relationship. Naya was originally engaged to Big Sean, but the engagement lasted only until April 2014. VERY shortly after, Naya began dating Ryan, an ex, and they got married in July of that year… on the same day she was supposed to marry Big Sean. Ouch! The couple welcomed a son in 2015. Naya filed for divorce a year later, then called it off in October 2016. The split was back on in December 2017 after an altercation between the two that resulted in Naya’s arrest for domestic violence. Talk about a tumultuous timeline!

Sofia Vergara and Joe Manganiello make one SEXY couple. After a quick six-month courtship, the couple got engaged on Christmas 2014 and were anxious to get married already. They ended up tying the knot the following year in November. They had a pretty lavish and star-studded wedding, and we’re so jealous of the dress Sofia wore! Apparently, she used to be Joe’s “celeb crush” before they were dating. Oh, the lovely irony of finally being married to the woman he used to admire from afar!

While it’s unclear when power couple Ryan Reynolds and Blake Lively got engaged, it certainly wasn’t for long! The pair met on the set of Green Lantern when Ryan was still married to Scarlett Johansson. Awkward! After they split, he and Blake began to date and got married in a secret ceremony only after a year of dating. Now that they’re married with children, we get to see all their shenanigans on social media as they lovingly troll each other. We are so here for it! 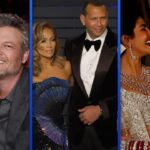 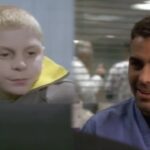