How much is Shia LaBeouf worth?

His first recognizable role was in Charlie’s Angels: Full Throttle but you probably remember him best from the Transformers franchise.

Who Is Shia LaBeouf

With his unassuming boy-next-door looks, former Disney Channel star Shia LaBeouf would seem an unlikely sex symbol, but to the millions of teenage girls who flock to his movies, that is exactly what he is.

Shia Saide LaBeouf was born on June 11, 1986 in Los Angeles to “hippie,” pot-smoking parents. He started performing at a very young age, in part to earn money and in part to make light of his rather troubled childhood, which included a drug-addicted father. One of LaBeouf’s earliest memories is of performing on the streets, dressed as a clown, to help his cash-strapped parents make the rent money. Shortly after his parents divorced in 1996, a pre-teen LaBeouf started performing standup comedy at local coffee shops and any comedy clubs that would take him to help his mother out financially.

At the age of 11, he found an agent in the phone book and called her. The agent, Teresa Dahlquist, took a shine to the gutsy kid and agreed to represent him, even driving him to auditions. LaBeouf credits Dahlquist, who is still his agent, for helping him become a star.

Today Shia Labeouf is a writer, director, and performance artist, as well as a mainstream Hollywood actor. He is most well known from his acting work and has starred in films alongside Will Smith, Brad Pitt, Michael Douglas, Tom Hardy, and Keanu Reeves. Having started his acting career at the age of 12, LaBeouf has been acting for most of his life. In his two decade long career, LaBeouf has increasingly become an obsession of the paparazzi’s due to his strange performance art that regularly includes audience participation.

As of 2021, Shia LaBeouf has an estimated net worth of about $28 million dollars.

From Oreos To Holes

LaBeouf’s first acting job was in an Oreo commercial. Guest spots on a variety of television shows throughout 1998 and 1999 soon followed, including ones on The X-Files, Suddenly Susan and Freaks and Geeks. In 2000, LaBeouf won the role of Louis on the Disney Channel’s Even Stevens. The series, which would run for three seasons, made LaBeouf a star among teens and pre-teens and, in 2003, LaBeouf took home a Daytime Emmy for Outstanding Performer in a Children’s Series for his role.

In the year 2003, 17-year-old LaBeouf seemed to be everywhere all at once. He had supporting roles in Charlie’s Angels: Full Throttle, Dumb and Dumberer: When Harry met Lloyd and the starring role in the Disney movie Holes, based on a popular young adult book. Holes not only attracted a large audience and gross ticket sales of $67 million worldwide, it also caught the attention of director Steven Spielberg.

An ‘It’ Actor Transformation

LaBeouf took on writing and directing next with his 2004 short film, Let’s Love Hate. The following year, LaBeouf played the lead role of golfer Francis Ouimet in the movie The Greatest Game Ever Played. It was considered a more mature role than the youthful characters he had been playing. During the filming of the movie, LaBeouf met and start dating China Brezner, the daughter of one of the producers. They would remain a couple for three years.

LaBeouf’s next two appearances were in 2006’s A Guide to Recognizing Your Saints and Bobby. Both films were recognized by his peers, with the former winning a Sundance Film Festival award for Best Ensemble Cast and the latter being nominated for a Screen Actors Guild Award for Outstanding Performance by a Cast in a Motion Picture.

In 2007, LaBeouf started to really break out into the mainstream. First he was cast as the lead in Disturbia—a film that surprised many by opening number one at the box office. But it was his next film, the Michael Bay-directed Transformers, that propelled him to serious stardom when it grossed $700 million worldwide. He followed-up these two hits with the plum role of Indiana Jones’ son in Spielberg’s 2008 movie Indiana Jones and the Kingdom of the Crystal Skull. This film would also gross over $700 million and make him a bona fide action film star.

Unfortunately, with fame, came trouble. LaBeouf was arrested in November 2007 for refusing to leave a Chicago Walgreens and charged with misdemeanor criminal trespassing. On July 27, 2008, he was involved in a car accident in Los Angeles and was arrested for misdemeanor drunk driving. His hand was severely and permanently injured in the incident. An investigation ultimately revealed that he wasn’t at fault because the other driver had run a red light.

Shia spoke about his regrets over his behavior and quickly rebounded. His next movie, Eagle Eye, opened at number one, and the 2009 Transformers sequel had fans lining up at midnight to be the first to view it. In its opening weekend, the film earned over $200 million.   He started dating Oscar-nominated actress Carey Mulligan when Oliver Stone, his Wall Street: Money Never Sleeps director, introduced the pair before they started shooting. But after a year of dating, the couple split in fall 2010.

LaBeouf has charisma and he always plays against type, always keeping people surprised. Due to his public persona and his outlandish ideas, people will always watch what he does. LaBeouf is hugely talented, full of energy, and since the age of 12 he has accrued a plethora of skills, such as writing, producing, and directing, as well as acting.

He puts everything he can in to a role and he doesn’t hold back. What makes him so driven is his own life. Most recently, in 2019 the actor won numerous awards for his movie Honey Boy, a drama based on his relationship with his father that he penned himself.

More than anything, he is an enigma and he doesn’t play the press-circuit game like how other celebrities might. That is why people find him so appealing, because they understand so little about him.

Defining Quote “Sure, I’d sometimes rather be cooking pancakes with Dustin Hoffman in a movie like Kramer vs. Kramer. Or playing Jake LaMotta. It just hasn’t worked out that way. I’m not going to complain. My career has been unbelievably f*cking amazing.”

How did Shia LaBeouf get so rich?

LaBeouf has had a powerful career trajectory and struck gold with a string of hugely successful movies in the late 2000s that granted him more freedom and options to do what he wanted. After the leading role in the Disney movie Holes, in which he held his own against Hollywood heavyweights Sigourney Weaver and Jon Voight, doors were opened for the actor that otherwise wouldn’t have.

In the years following, LaBeouf starred in a plethora of high-budget, high-concept movies with massive movie stars, such as; Charlie’s Angels: Full Throttle, I, Robot, Constantine, and Disturbia. Shia was a hot commodity, and this lead him to the biggest role he would ever have, Sam Witwicky in the Transformers series. Spear-headed by action-movie titan, Michael Bay. LaBeouf starred in three Transformers movies, each one more successful than the last. The run ended with Transformers: Dark of the Moon, which at the time became the fourth highest grossing movie of all time; it hit $1.124 billion dollars at the box office.

Alongside Transformers, studio executives had eyed up LaBeouf for another billion dollar franchise. In 2008, the then 22 year old starred in the fourth installment of the Indiana Jones series, Indiana Jones and the Kingdom of the Crystal Skull. Having a role in an Indiana Jones movie means that Shia is a big part of two franchises that have grossed over a billion dollars in the box office. In the movie it seemed like the actor was being groomed to fill the boots of Harrison Ford and continue the franchise as the lead character.

But LaBeouf’s trajectory changed completely after the Transformers movies and he has not starred in a franchise movie since. It is highly unlikely that he hasn’t received any offers though. It’s more likely that, based on interviews with LaBeouf and his recent choices, he just doesn’t want to. Becoming such a huge star at such a young age has provided him enough wealth that he can decide to turn down big roles and instead focus on passion projects of his, such as playing a sex addict in Lars Von Trier’s four hour, two-part movie, Nymphomaniac.

We estimate Shia LaBeouf to be worth $28 million dollars in 2020.

LaBeouf got in to the industry at a very young age, starting out as a Disney child star and gaining notoriety from his role in Even Stevens, playing the titular character Louis Stevens in which he even won an Emmy Award for the role. Around that time he had a bunch of small-time roles in shows like The X-Files and Freaks and Geeks, becoming more and more recognizable on television.

He would later go on to counteract his kids’ show persona by taking more left-field movie roles, which are adored by film critics. He would also take part in absurd performance art, such as film himself watching all of his own movies in a marathon type fashion. Some of his performances include audience participation, most notably when he sat in a room and allowed spectators to say whatever they wanted to him, and many of these results in LaBeouf breaking down in tears. Many video clips from his performance art have become viral memes, and some people may recognize LaBeouf more from these than his film roles.

People love Shia because people have grown up with him on screens since he was 12 years old, and those kids that loved Even Stevens have grown up with him. His net-worth is calculated at close to $28 million dollars, which sounds like a lot, but it’s surprisingly low considering how the Transformers movies are some of the highest grossing films of all time, and movie stars can get paid that much for starring in just one movie these days.

But it does not matter how much the job pays, Shia Labeouf will undoubtedly keep fascinating the public with strange performance art. Most recently, on an episode of YouTube show Hot Ones, in which celebrities eat spicy wings, Shia started crying over the memory of a hotdog he ate at a carnival when he was younger. The episode currently has more than 16 million views, it is one of the most watched videos on the channel.

You’ll be just as likely to see his face in a meme as you are to see him on a Hollywood movie poster, and that’s what he’s doing differently to everyone else. 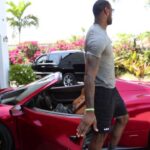 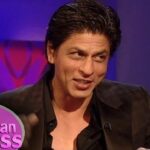