Everyone knows Shawn Mendes and his hit song “There’s Nothing Holdin’ Me Back,” but did you know he’s secretly the most romantic pop star… as in, ever? He recently dropped his much-anticipated video for this song and let me tell you: the world was shook. A music video without degrading woman? Who knew that was even possible. Shawn is a glorious breath of fresh-air in the overly sexualized era of music videos. The former YouTuber definitely proves he is major boyfriend material in this vid, because here are 17 things he would do if he was your boyfriend:

1. He would gaze into your eyes so softly that you could feel it in your soul

4. Seriously…the Eiffel Tower is dazzling in front of him but he would still be looking at you

5. You two would slow dance to the sounds of the city streets like something straight out of a movie

6. In a room full of thousands of fans, he’d make you feel like the only one

7. He would gently twirl your hair (this is #goals)

9. He could take you on aquatic adventures

11. You would get lost running around the streets Paris hand-in-hand

13. …and the English coast…because money grows on trees apparently.

Tbh, though, for him… it kinda does.

15. But honestly, there’s so much to be said about a guy who looks into his S.O.’seyes and not somewhere else

17. And lastly: He’d keep you warm on those cold, winter evenings (even though right now, staying warm definitely isn’t my problem)

In the arctic tundra or wherever the heck that is.

So…are you as smitten as I am? I think we can all say we’re envious of Ellie Bamber, the lucky AF goddess who got the once in a lifetime chance of playing Shawn’s love interest in this vid. But, who knows — maybe one day you’ll be the one he runs around European cities with. Sigh. A girl can only dream. 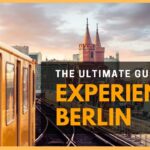