About “The Flying Tomato” Shaun White

Born in 1986, this red headed phenom has been spinning, grabbing, and flying through the air since he was a youngster. White was sponsored when he was seven years old and turned professional after getting sponsored by Burton at just 13. Nicknamed “The Flying Tomato”, Shaun White has an expansive collection of medals and records.

American professional snowboarder, skateboarder and musician Shaun White has a net worth of $65 million dollars, as of 2021.

White had tremendous support from his family at a young age. His mom apparently told him that he was snowboarding too fast at the age of six and could only ride switch. This meant Shaun had to learn how to ride with both his right and left foot forward — a skill that helped him later in his career.

White would soon begin dominating the sport, rarely losing. Many credit White for not only dominating but helping define the superpipe as well. White’s most dominant event is the SuperPipe, where he’s won two Olympic gold medals and 8 Winter X Games golds. White holds several scoring records, once scoring a perfect 100 in the SuperPipe. He won six consecutive gold medals in the SuperPipe from 2008 to 2013. White goes higher and bigger than other riders and has created his own super technical trick dubbed the “Double McTwist 1260.”

Shaun White on a Skateboard

Not only is a White a world class snowboarder but he’s also a professional skateboarder.  He mainly competes in the vert, which is similar to the superpipe competition in snowboarding. He’s won two X Games gold medals in Skateboarding.

White has appeared in a number of movies, television shows, and even has his own video game. He’s won two ESPY’S and in total he’s won gold in more than 27 competitions and is one of the world’s most recognizable athletes. 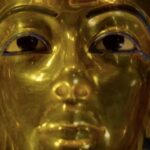 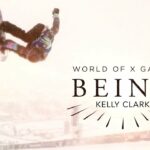