How much is Shaquille O’Neal worth?

As anywhere else in his career, Shaq was also unstoppable at LSU. For the three seasons that he spent there, he was the most dominant player in college basketball. He finished his college career averaging 22 points and 14 rebounds as well as 4.5 blocks. He was named the best player in college basketball by AP and UPI. He was also a two time SEC player of the year and two time All-American. He was inducted into the LSU hall of fame. The college has since erected a statue of Shaquille O’Neal, made out of bronze and weighing 900 pounds.

American former professional basketball player and sports analyst Shaquille O’Neal has an estimated net worth of $345 million dollars, as of 2023. O’Neal is considered to be one of the greatest basketball players and centers of all time.

Entering the 1992 NBA draft, Shaq was the number one pick at almost every mock draft. The Orlando Magics selected him as the first pick at that draft. When he stopped in college he continued in the NBA. He was the “Rookie of the Year”, the first rookie to be selected to an All-Star game since Michael Jordan. He averaged a stunning 23 and 14, with 3.5 blocks in his first year in the NBA.

In his second year, he had a new coach and a new teammate as the Magic team drafted Penny Hardaway in the 1993 draft. Shaq and Penny were supposed to be the foundation on which the Magics would build their title-contending team, but destiny went the other way. During their first season together, they turned the Magics into a playoff team, but they were eliminated by the Indiana Pacers in five games. In Shaq’s third year in the league, the Magics made the NBA finals. Shaq was also scoring close to 30 points per game and leading the league in scoring. But the Finals didn’t bring them the championship. Houston swept them 4 to 0.

In his fourth year with the team, O’Neal had injury issues but still managed to average 26 and 11. His team went to the Eastern Conference Finals, but, like every other time of that era, failed to get passed Michael Jordan and the Chicago Bulls. That was the last season Shaq spent with the Magics. In his fifth year, due to feeling that the whole state of Florida was against him, he decided to take his talents to the West Coast and he signed for the Los Angeles Lakers. He would spend 8 seasons with the Lakers and win three titles. He and the now late Kobe Bryant would form an unstoppable duo which would terrorize the opposition. They were also headed by one of the greatest coaches the NBA has ever had, Phil Jackson.

Due to some issues with the management, and the Lakers not being willing to pay him the salary Shaquille O’Neal felt he deserved, he decided to move to Miami. He spent 4 years with Miami Heat and helped them win one title. He spent the last four seasons of his career in Phoenix, Cleveland and Boston.

Shaquille O’Neal was blessed with incredible genetics which made him an unstoppable NBA player. He had the speed of a wing or guard, as well as the agility. However he was also 7 foot 2 with an incredible mass of 300 pounds of raw muscle. The ferocious power of his dunks and block are well documented, as well as the number of backboards he has smashed. All that has made him the NBA great that he was. There were playoff series where he averaged more than five assists per game.

Shaquille O’Neal earned over $200 million from his endorsements alone while he was a professional player in the NBA. He also earned $292 million in salaries. In total, it is estimated that O’Neal has earned total career income of $492 million dollars. Of that amount, around $45-50 million is expected to have been paid in business related costs. The remainder, $444.5 million, will have been taxed at a rate of around 45% as Shaquille O’Neal paid taxes mostly in California, however also some other lower tax states and earned at a time when taxes had been lower in general. After tax, it is estimated that his career earnings are at around $244.48 million dollars, having paid $200.02 million dollars in taxes.

Shaquille O’Neal married Shaunie O’Neal in 2002 and they divorced nine years later, in 2011. As the couple had a prenuptial agreement, it is estimated that Shaunie walked away have put together a sum of around $10 million from the various gifts and investments that Shaquille likely gave and let her in on.

In his personal life, Shaquille has likely spent $12-14 million dollars of his career earnings but also probably possesses assets valued at around $6-8 million, not including investment assets. In his investments, he may have earned investment returns of $90-120 million dollars. Therefore, it is estimated that Shaquille O’Neal has a net worth of around $345 million dollars.

Shaquille O’Neal was born in Newark, New Jersey but raised all over the country. O’Neal spent time at Army bases in Georgia, West Germany, and Texas. As a senior in high school O’Neal averaged over 32 points and 22 rebounds per game on his way to an undefeated season and a Texas State Championship. 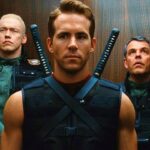 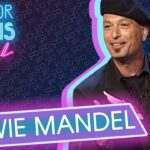