How much is Shannon Sharpe worth?

Shannon Sharpe is a former professional football player who played tight end in the National Football League (NFL) for 14 seasons, 12 with the Denver Broncos and 2 with the Baltimore Ravens. Sharpe was elected to the pro football hall of fame in 2011 and has earned many awards and honors throughout his career.

He was named to the pro bowl 8 times, was 1st team all-pro 4 times, was a part of 3 super bowl champion teams, is 4th all-time in receiving yards for a tight end, and currently holds the record for the longest reception in NFL playoff history with a 96-yard catch in the 2000 AFC Championship game as a member of the Baltimore Ravens.

American former professional football player Shannon Sharpe has an estimated net worth of $13 million dollars, as of 2022. He played as a tight end for the Denver Broncos and Baltimore Ravens of the NFL.

Before his legendary NFL career, Sharpe was a relatively unheralded prospect from Savannah State, drafted in the 7th round of the 1990 NFL draft. His first 2 seasons were rather unimpressive, as he struggled to get consistent playing time and only recorded 29 receptions and 421 receiving yards. However, he broke out in his 3rd season with 53 receptions for 640 yards and was named to his first pro bowl.

He was a significant contributor the rest of his career, including his final season when he caught 62 passes for 770 yards and 8 touchdowns. He is currently a co-host on the Fox Sports 1 show Undisputed with Skip Bayless and has made many other appearances on television.

Sharpe is famous for being one of the biggest stars on 3 different super bowl teams and for having a very successful second career as a television analyst for different sports shows. He helped the Denver Broncos win their first super bowl in franchise history against the Green Bay Packers in Super Bowl 32, a historic win for the Broncos franchise that had lost its 4 previous super bowl appearances.

After his playing career ended, Sharpe became a full-time analyst staring on The NFL Today on CBS from 2005-2013, and then become a major fixture on television after teaming up with Skip Bayless on the sports show Undisputed in 2016.

Most of Sharpe’s initial fortune came from the contracts he signed with Denver and Baltimore, earning him an estimated $22 million. He also earned additional income from his numerous appearances on several different sports-related television shows, both during and after his career. His current successful role as co-host with Skip Bayless on Undisputed is now his major source of income and should continue to massively expand his net worth, possibly even exceeding the money he made as a player.

Sharpe was successful because of his consistent high-level of performance throughout his entire career, his contribution to 3 super bowl winning football franchises, and his charismatic personality. While many NFL players regress after the early part of their career, Sharpe never slowed down, catching 61 or more passed in 10 out of his last 11 seasons.

Although every super bowl win is a major accomplishment, Sharpe’s first super bowl win with Denver and only super bowl win with Baltimore were the first in the history of those franchises. Finally, his charismatic and entertaining personality was perfect for television, allowing him to enjoy a very lucrative 2nd career long after he retired from the NFL.

Shannon Sharpe is a former professional football player that played in the NFL for 14 seasons, enjoying great individual and team success. He was a part of 3 super bowl winning teams and was inducted into the pro football hall of fame in 2011. While his career as a player in the NFL was successful in its own right, earning an estimated net worth of $13 million, his 2nd career in television is earning him large amounts of success as well. His charismatic personality is a perfect fit for televised sports shows and will continue to add to the prestige he has earned throughout his life. 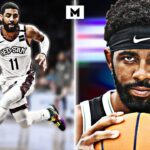 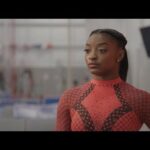