How much is Shania Twain worth?

Much like her fellow Canadian music superstar peer Drake, Shania Twain started from the bottom but is now most certainly here.

Shania Twain was born Eileen Regina Edwards on August 28th, 1965, in Windsor, Ontario, Canada. Her parents, Sharon and Clarence Edwards, divorced when she was two years old, and her mother moved with Shania and her two sisters to Timmons, Ontario. There, her mother got remarried to Jerry Twain, an Ojibwa and member of the First Nations; Twain has always acknowledged Twain as her true father and not her step-father, since (as noted in the link), he took responsibility for children that weren’t his biologically as opposed to her birth father, Edwards.

Canadian singer and songwriter Shania Twain has a net worth of $475 million dollars, as of 2021. Twain has sold over 100 million records, making her the best-selling female artist in country music history and among the best-selling music artists of all time.

However, things were not perfect in the Twain household; Jerry and Sharon struggled to provide for the family, and at times Jerry was known for his violent streak that led to numerous instances of domestic violence. At one point in 1979, Sharon took her children to live in a homeless shelter for battered women in Toronto for a year before returning to Jerry in 1981.

One has to admit, this does not sound like the kind of upbringing that many people would be able to overcome to live a normal life, much less the one Shania Twain would go on to live.

But through it all, Twain had something to keep her going: singing. She was singing and playing guitar by the time she was 8 years old, often performing in bars to help her family make ends meet. Even though her family didn’t truly have the money to pay for lessons and other necessities for being a musician, her mother often found ways to make sure she could pursue her dream; her first “break” as it were came when she was 13, when she was invited to perform on CBC’s Tommy Hunter Show.

In 1983, after graduating high school, she moved to Toronto to begin pursuing a music career, with relatively little success. However, in 1987, her mother and step-father tragically died in a car accident, leading to Shania needing to move back home to take care of her younger siblings, putting her career on hold.

How Did Shania Twain Get So Rich?

With all of those “#1 albums” and “best-selling” and “most successful” designations, I’m sure it’s not a big surprise to learn that Shania Twain has an estimated net worth of $475 million (quite a change from her early days of not being able to make ends meet). In fact, she is the second-richest Country Music star of all time, behind only Dolly Parton; when one considers the number of albums that both performers have recorded (Parton has recorded some estimated 50 albums, while Twain has 5), it actually makes Twain’s success even more impressive.

She also has held two different residencies in Las Vegas (in 2012 and 2019), and because she’s not inspirational enough she created the Shania Kids Can foundation in 2010 to help young children in difficult situations – much like Shania experienced early on – both financially and through activities to help them grow.

With all of her early struggles, tragedies, and setbacks, one might not judge Twain for wanting to give up. But as we know, that’s not what she did.

While taking care of her siblings and performing at a local resort, Twain continued to write music, perform, and create demo tapes to send to country music labels in Nashville, TN. One of her demos made it to Polygram Records, which liked her enough to bring her on. However, they had one condition: they weren’t a huge fan of the name “Eileen,” so she agreed to change her name to “Shania,” an Ojibwe word for “I’m on my way” (though the accuracy of this translation has been a controversial subject).

Regardless, at this point, she was certainly on her way. While her first album, 1993’s Shania Twain, wasn’t a major commercial hit (though it garnered some critical success), it got her enough attention and credibility to produce a second album, 1995’s The Woman in Me (co-produced by Twain and her future husband Robert “Mutt” Lange). The album’s mix of country and pop sensibilities created a unique blend that resonated with audiences; the album reached #1 on the Billboard Country Music charts and #5 on the Billboard (Pop) 200, and spawned four number one hits on the Billboard Country (singles) charts.

It was off to the races from there. Her follow-up albums, 1997’s Come on Over and 2002’s Up, both reached #1 on the Billboard Country Music charts, with Come on Over and Up also reaching #2 and #1 on the Billboard (Pop) 200, respectively. Come on Over, in particular, became a crossover phenomenon, spawning the inimitable mega-hits “That Don’t Impress Me Much” and, of course, “Man! I Feel Like a Woman!” (which after writing it is now stuck in my head, thank you very much). Come on Over went on to stay at #1 on the Country Music charts for a total of 50 weeks, and it is still the 12th highest-selling album of all time.

In 2017, after a 15-year absence from record music, Shania Twain released Now, which (surprise!) also reached #1 on both the Country and Pop 200 Billboard charts.

I mean, you’ve read everything above, right? She overcame incredible difficulties early on in her life, had to put her career on hold to take care of her siblings when her parents died, didn’t give up when her initial album met with tepid reviews, basically created the country-pop genre and helped make country music more accessible and popular with widespread audiences, and earned the second-most amount of money ever for a country music artist.

Other than that, I guess she’s OK.

She may not be as well-known of a “rags to riches” story as some other celebrities, but man oh man, did she feel like a woman overcome all obstacles to become one of the greatest musicians of all time. Most people in her situation would’ve been happy to sing in bars, record one album, and be done with it; however, true to her adopted name (maybe?), she really was on her way, and once she got there she never left. 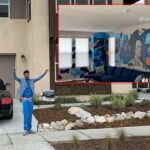 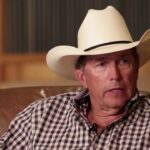