How much is Sean Paul worth?

“Life is a gift and you must treasure it. We’re all here for a certain period of time, and we’re definitely gonna leave one day.” — Sean Paul

Who Is Sean Paul

Born Sean Paul Henriques, Sean Paul grew up in a multi-ethnic household. His father is Portuguese-Jamaican, and his mother is Chinese -Jamaican. She is a noted painter and both parents were talented athletes. Sean Paul followed in their footsteps when he played water polo on the Jamaican national team and also represented his country in swimming competitions. Following graduation from college Sean Paul worked as a chef and then as a bank teller, but music is his first passion.

Jamaican dancehall recording artist and producer Sean Paul has a net worth of $25 million dollars, as of 2021.

Sean Paul’s mother encouraged his interest in music by purchasing a $30 keyboard for him when he was 13.

As a teenager Sean Paul made important connections with the internationally known reggae group Third World. In 1996, after recording a couple of singles on his own, Paul hooked up with rising producer Jeremy Harding of 2 Hard Records. The result was Sean Paul’s single “Baby Girl” that became a huge Jamaican hit. He had additional Jamaican hits, but by the end of the decade Sean Paul was aiming for international success.

In the year 2000 Sean Paul’s single “Hot Gal Today” reached the top 10 on the Billboard Rap Singles chart. This helped his album Stage One to reach the top 100 on the R&B;/Hip Hop albums chart and reach #2 on the Reggae Album chart in the U.S. The awareness of Sean Paul as a rising star around the world helped set the stage for his second album Dutty Rock.

Dutty Rock was released in 2002. It proved to be Sean Paul’s breakthrough to pop audiences. It was also a breakthrough for the dancehall reggae sound. The single “Get Busy” went all the way to #1 on the pop singles chart and 3 other singles landed in the top 20. Dutty Rock received the Grammy Award for Best Reggae Album of the year in early 2003.

It took 3 years for Sean Paul’s next album The Trinity to appear. The title refers to 3 elements – dancehall, reggae, and hip hop – that make up the sound of Paul’s music. The album opened at #7 on the U.S. album chart and in a few short weeks, the album’s first single “We Be Burnin'” was in the top 10.

With his previous album Dutty Rock, Sean Paul brought a breath of fresh air to U.S. pop music circles particularly with the bracing #1 pop hit “Get Busy.” He has returned to the top 10 of the pop singles chart with “We Be Burnin’,” but this time around he seems less engaged and less determined to storm the charts. Paul shifted to younger and lesser-known producers for his new album The Trinity, and perhaps that is part of the explanation for the change in musical intensity. Sean Paul’s vocals sound effortless…but ultimately seem a bit lazy. “We Be Burnin'” seems to be Dancehall-by-the-numbers.

Even though “We Be Burnin'” fails to shine as bright as some of Sean Paul’s past work, the sound of Dancehall is welcome on pop radio. He has picked up the niche vacated when Rihanna‘s “Pon De Replay,” one of the biggest hits of summer 2005, finally began to disappear from playlists. The beats of “We Be Burnin'” are uplifting, emotionally and spiritually. 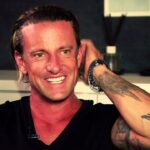