How much is Canelo Álvarez worth?

Canelo Alvarez is pound for pound one of the best boxers in the world. He has a current record of 53 wins and 1 loss. He is the youngest of 7 brothers and all of them became boxers. He earned his nickname because of his hair since “Canelo” means “red” in Spanish. He has red hair which is not common for Mexicans. When he became an amateur boxer, he was impressive winning the gold medal at the Mexican Junior Championship despite being just 15 years old. With his precision and timing, it didn’t take long for Álvarez to get noticed soon after turning pro.

We calculate Canelo Álvarez has a net worth of $150 million dollars, as of 2021.

How did Canelo get so rich?

Canelo Alvarez struck gold when he signed a whopping $365 million deal with DAZN so that they would have the rights to broadcast his next ten fights. Thanks to contracts and lots of brand endorsements, Alvarez has a current net worth of $150 million. Plus he is only 29 years old so his boxing career is just getting started.

Alvarez gained the most profit for one fight when he fought Gennady Golovkin. The one fight earned him $40 million alone. The first fight proved nothing since it was scored in a split decision. Both fighters refused to back down and both thought they won the bout. It set up for a rematch that earned Alvarez another huge payday. The fight made him another $30 million. It was another controversial fight for both fighters as Alvarez emerged the victor in a split decision. Two judges scored it closely for Alvarez while the third judge scored it for Golovkin. This fight could definitely have gone either way but nobody can deny that both competitors gave it their all. ESPN broadcasted that fight and they reported it had a whopping $90 million in PPV buys.

Rematches are always great when both fighters really want to fight each other. The hype worked and a lot of people followed the build up and tuned in to see it. After the fight, Alvarez said it was a victory for his hometown. Despite some saying he did not deserve the win, he was very confident that he won the fight. He also gave praise to his opponent and said he would not mind for a third fight to happen, he was open for a rematch. Yet the victory in the end seemed clear. The only controversial issues related to Alvarez’s six months suspension for testing positive for a prohibited substance.

Canelo Alvarez is known for turning pro at a very young age. Even if he was still young, he was knocking around opponents a lot older than him. That made him one of the most feared boxers in history when he was still just coming up. In fact, Manny Pacquiao was supposed to face him but Pacquiao declined. So far, he has faced boxing greats such as Miguel Cotto, Floyd Mayweather, Sugar Shane Mosley, and Amir Khan. He is actually the first boxer to knock out Carlos Baldomir. By that time, he had already won the welterweight and middleweight title.

However, he suffered a major loss to Floyd “Money” Mayweather Jr. There is really no shame in losing to someone like Mayweather, though. Mayweather is the undisputed best pound for pound boxer in the world. Despite Canelo’s pleads for a rematch, he was never granted one. In fact, Mayweather rarely agrees to any rematches. For him, he dominated the fight and most media outlets showed that he was able to land more punches than Alvarez. Due to Mayweather’s popularity, he was able to take home $41 million for the fight compared to the $5 million Alvarez made. Mayweather won via unanimous decision. Even though everyone thought most people saw Mayweather winning all 12 rounds, one judge saw the fight as a tie. In a not so surprising twist, that judge retired right after that fight.

After the loss against Mayweather, Alvarez was determined to prove that he is going to come out of it better and stronger than ever. He sure proved his point when he was able to defeat Miguel Cotto and Amir Khan. Cotto even wanted both fighters to be at 155 pounds and Alvarez agreed to his request. In the end, Cotto was no match for Alvarez’ powerful counter punches. He won in a unanimous decision and HBO reported the fight to have generated more than 900,000 PPV buys.

Canelo Alvarez trains diligently everyday. He rarely misses a training session and is addicted to making his body faster, stronger, more effective in the ring. Eddy Reynoso is his personal trainer and his mission is to prepare him perfectly for his fights. He has him taking different diets and trainings in order to climb to different divisions. The strategy has worked wonders because Alvarez is now a four division champion.

His training is very intense and not for average boxers. He does insane drills and conditioning that just can’t be done by an ordinary human, and especially not in the quantity that Canelo does it. He looks to his family for his inspiration and fights with them in mind. There is a very popular culture in Mexico for boxers just like Canelo, he has the great Mexican boxers in mind when he trains, like Julio César Chávez and Oscar De La Hoya.

Alvarez currently has three children from three different women. He dated a former Miss Mexico. He also has a business in Mexico called Canelo Promotions. Today, the promotion manages more than 40 local fighters in the country. Believe it or not, his business partners are his trainer Eddy and son Chepo Reynoso. The business was established back in 2010 and is still going strong to this day.

Canelo Alvarez worked hard in becoming one of the best boxers in the world, and it is title that many avid boxing fans would give him. He’s knocked out some of the best the business had to offer. As a result, Oscar de la Hoya and DAZN signed him to a rich $365 million contract and he earned every penny. The contract started with his fight with Rocky Fielding and will continue for 9 more fights. Alvarez prepares well for his boxing matches by eating the right food and training hard each day. His trainer Eddy Reynoso makes sure that he is fully concentrated on each fight ahead of him, and at the right weight. Alvarez’ boxing style is a unique one as he usually floors his opponents with a bunch of different combinations, while blocking almost every shot aimed at him. He has suffered just one loss in his boxing career and it was against Floyd “Money” Mayweather, so literally no one in the boxing world holds that against him. 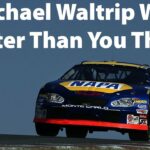 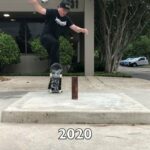