How much is Sarah Palin worth?

You’ve seen her at the podium as the 2008 Republican vice presidential candidate before she got down and dirty, Alaska style, in her new reality show, Sarah Palin’s Alaska.

Who Is Sarah Palin

Although she often finds herself at the butt of the joke, Sarah Palin’s close race for a seat in the White House was more than a swift rise from Wasilla politics to United States Vice Presidential candidate.

American politician Sarah Palin has a net worth of $12 million dollars, as of 2021. She is also the mother of Bristol Palin.

Sarah Louise Heath was born in Sandpoint, Idaho but the future Alaskan governor moved to the snowy state with her family when she was three years old. Her father, who was a high school science teacher and track coach, moved the family to the small town of Wasilla for an available job. Sarah’s mother, Sally, was also involved in the academic world as a school secretary.

Just 40 miles north of the capital, Sarah donned the moniker “Sarah Barracuda” when she and her teammates took Wasilla High School’s girls’ basketball team to the state championships. But Sarah wasn’t pure jock, she had quite the split personality and was a regular in the beauty pageant circuit—she was named Miss Wasilla in 1984 and was also a Miss Alaska runner-up.

But in 1984 Sarah ditched her beloved Wasilla and headed to her home state to attend the University of Idaho where she studied journalism. After she received her BA, Sarah moved to Anchorage where she began her career as a sports reporter. But she didn’t let her new corporate status take away from her outdoorsy side—Sarah often took time off to hunt and ride her snowmobile.

In 1988, Sarah would earn a hunting partner for life as well as a husband when she married her high school sweetheart, Todd Palin. Todd was a commercial fisherman in Wasilla and Sarah jumped right in to help with the family business after their “I do’s.”

In 1992 Sarah entered the political realm when she scored a position on Wasilla’s City Council due to her outspoken stance against tax increases. After serving with city council for four years, Sarah campaigned for and was elected mayor of Wasilla, taking over a tough competitor—three-time incumbent John Stein. But Sarah proved that she could fill the shoes the position demanded when she cut the city’s property taxes.

Flipping For The White House

In 2002 Sarah continued her political climb when she ran for lieutenant governor, although she lost the race by a hair. In 2006 she was at it again when she won the Republican primary for Alaskan governor, eventually taking the seat as Alaska’s youngest and first female governor.

But Sarah quickly became known for her hypocritical, flip-flop politics. She championed the use of federal aid to build the Alaskan “Bridge to Nowhere” before denouncing governmental support for the project, she preached teen abstinence before her teen daughter became pregnant, and she supported the teaching of creationism and evolution in public schools.

But Sarah’s triumphs and questionable decisions as Governor of Alaska would come under an intense national spotlight when, in 2008, John McCain chose her as his vice presidential running mate. Sarah wasn’t shy when it came to the hot button topics and even contradicted her presidential running mate to stand up for issues like energy and adding to our NATO allies.

But even after the election, in which Democratic candidates Barack Obama and Joe Biden were ultimately victorious, Sarah did not flee from the spotlight with her tail between her legs. Sarah headed back to Alaska to complete her term as governor. But soon after, complaints regarding Sarah’s ethics began to pour in she resigned so as not to use state funding and time solely for the purpose of her defense.

But Sarah let her side of the story be heard in November of 2009 with her memoir, Going Rogue: An American Life. The book was an instant New York Times number one bestseller and Republicans and Democrats alike flocked to get an inside look at the colloquial-happy enigma.

Americans got an even more intimate view of the outdoorsy politician when she launched her TLC reality show, Sarah Palin’s Alaska. The series, which ran from November 2010 to January 2011, featured memorable episodes such as Sarah gunning down a caribou and going camping with fellow reality show mom Kate Gosselin—quite the TV duo.

Some speculate that Sarah stepped down from her gubernatorial duties in order to prepare a campaign for the 2012 presidential election and if so, Tina Fey better dust off her wig and get crackin’ on some new material. 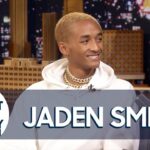 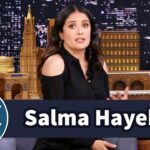