How much is Sara Gilbert worth?

Who Is Sara Gilbert

Sara Gilbert is an American actress who began her acting career in the early 1980s. She rose to prominence after playing the role of Darlene Conner in the sitcom “Roseanne”. Thanks to her outstanding performance in the series, she received multiple awards and nominations, including two for Primetime Emmy Awards.

American actress, director, and producer Sara Gilbert has a net worth of $35 million dollars, as of 2021. She’s best known for her role as Darlene Conner on the ABC sitcom, Roseanne.

How did Sara Gilbert earn her net worth?

Landing the role of Darlene Conner helped Sara Gilbert become rich in no time. Thanks to the main role, the actress received nearly $1 million by the third season of the show. The show was a huge hit as it amassed an audience of nearly 40 million viewers during its first few seasons. Eventually, by the end of the decade when the series ended its final ninth season, Gilbert racked up nearly $5 million. Besides millions, the role also earned her several awards and nominations, including two Young Artist Awards and one nomination for a Primetime Emmy Award.

Sara Gilbert, whose real name is Sara Rebecca Abeles, was born on January 29, 1975, in Santa Monica, California. Her maternal grandfather is Harry Crane, known as the writer and creator of the CBS sitcom “The Honeymooners”. She has four older half-siblings, two of which are Melissa and Jonathan Gilbert – popular stars of the drama series “Little House on the Prairie”. During her pre-teen and teen years, Gilbert developed an interest in acting and attended various acting classes to improve her skills.

Her very first television appearance was in the 1984 television movie “Calamity Jane” when she was just 9 years old. Four years later, after a stint role in “ABC Weekend Special”, she received the life-changing role of Darlene Conner-Healy in the sitcom “Roseanne”. The role elevated the career of Sara Gilbert, who at the time was a teenager, as it not only became successful but very rich as well. Simultaneously with her work in “Roseanne”, Gilbert also attended Yale University, from which she graduated in 1997 with honors and a major in art and photography.

The success of Sara Gilbert comes from her many roles in various television productions and commercials. In the early years of the new millennium, she starred in several films such as “Riding in Cars with Boys” and “Laws of Attraction”, with the latter being the last movie that she took part in.

Shortly after the ninth season of “Roseanne”, the actress and director continued to star in various series such as “24”, “ER”, “Twins”, and “The Class”. In 2007, she joined the cast of the widely-popular series “The Big Bang Theory” where she played the role of Leslie Winkle. More than 20 years after the show had ended, in early 2018, it was announced that the cast of “Roseanne” will return for a final tenth season. By the time the season aired, Gilbert’s net worth exceeded $30 million and she earned an additional $1 million for reprising her role of Darlene Conner in the classic television series.

In October that year, she joined the cast of “The Conners”, a spin-off of “Roseanne”, where she once again plays the main role of Darlene. As of now, apart from “The Conners”, she stars primarily in television series and her net worth exceeds $35 million.

Sara Gilbert is one of the highest-paid television actresses in the United States. Just a few years after she began acting professionally, she landed the role of Darlene Conner in “Roseanne”, which changed her acting career. Since joining the classic 90s series, she became one of the most popular faces on television.

In addition to acting, she’s also a successful director, producer, and co-host of the CBS talk show “The Talk”. Upon joining the show, Gilbert announced that she’s lesbian and as of now, she is one of the most influential figures in the LGBTQ community. 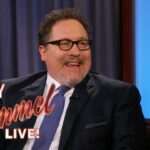 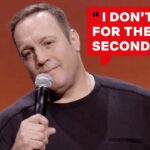