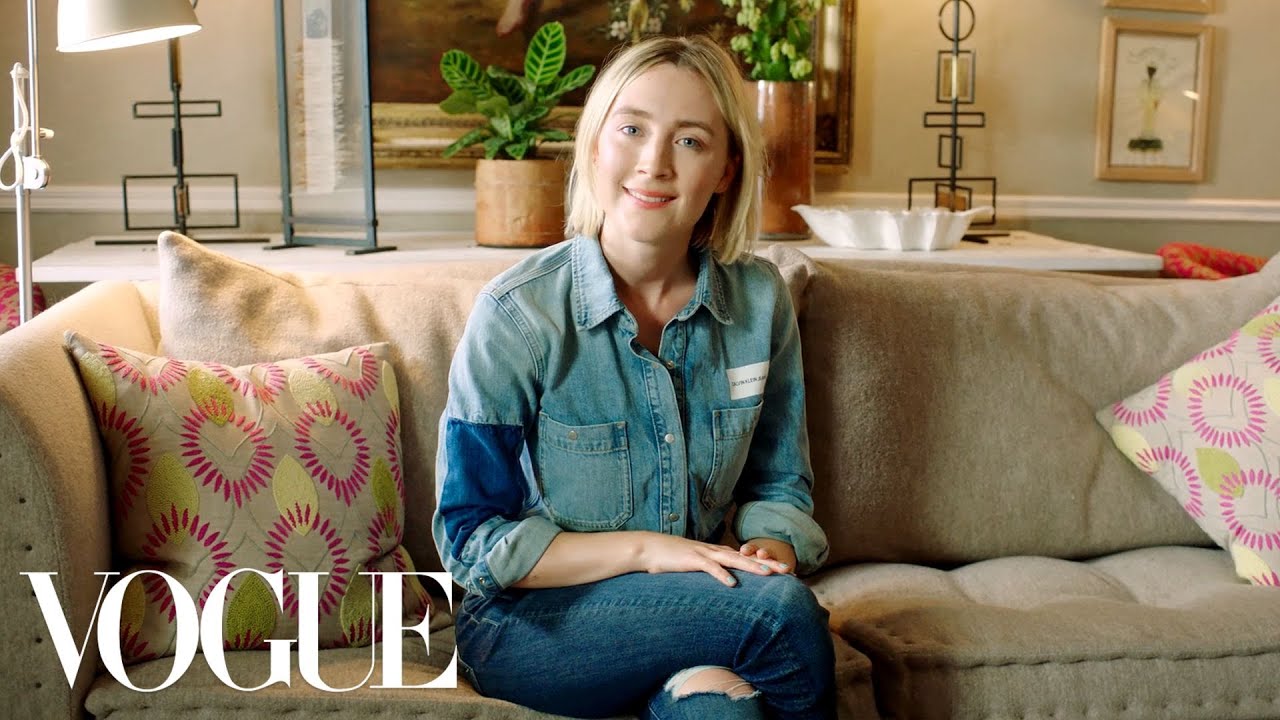 We’ve had the Golden Globes and the SAG Awards which means that the Oscars are coming up. If you have been remotely following the 2018 Academy Awards, you will know that Saoirse Ronan in Lady Bird is a big talking point.

If you haven’t seen the film, you might be familiar with the actress thanks to her bright blue eyes or her difficult-to-pronounce name. If that’s all you know her for, it’s time to get yourself acquainted. Saoirse is a major talent who isn’t new to the industry so you might as well get to know her now, because she’s not going anywhere. Instead of just telling you the usual filmography stats, we’ve got some interesting info on her…

20. She was actually born in New York.

Don’t let that Irish lilt fool you. Saoirse was actually born in The Bronx, New York City, New York, United States. That’s right, The Bronx. She was born on April 12, 1994 to Irish parents. Her family moved back to Dublin, Ireland when Saoirse was three years old which is why she has an Irish accent as opposed to a Bronx accent. Here’s hoping that she does do a Bronx accent in one of her future films.

Let’s get this one out of the way because you’re probably still wondering how to pronounce her name. It’s “sher-shuh” like inertia. Over the years, she has given many helpful hints in interviews on how to pronounce her name. One of the most recent ones was her opening monologue on Saturday Night Live. Just forget about all those vowels and remember what she told you.

18. She was homeschooled as a teenager.

Saoirse did attend a local school when she lived in County Carlow, Ireland, but given that she was starting to get work in acting, she got a private tutor, like a lot of kids in showbiz did. She explained to W Magazine about being in and out of school, “I had technically gone to a Catholic primary school and very briefly went to a Catholic high school in Ireland. I was in and out of high school. I homeschooled a bit, [so] it was more of an unusual education.” Clearly, not attending an American high school didn’t affect her performance in Lady Bird.

17. She got into acting with a TV show in Ireland.

Saoirse actually made her debut back in 2003 on the Irish national broadcaster RTÉ. She appeared in The Clinic, a prime-time medical drama. She starred as Rhiannon Geraghty alongside Chris O’Dowd and Brendan Davenport. A role in Proof, an Irish drama from 2004, followed. Saoirse played Orla Boland. After that, she started to break out into films.

16. She had a cameo in Muppets Most Wanted.

Do you remember Muppets Most Wanted, the 2014 musical-comedy? It had a lot of stars including Ricky Gervais, Tina Fey and Ty Burrell. Plus, the film also had countless cameos. Saoirse was one of them. She played herself and is seen performing on the set of The Nutcracker. If you haven’t seen it, we will not say anymore.

15. She received Golden Globe and Academy Award Nominations at 13 for her role in Atonement.

Saoirse is the toast of this award’s season, but she isn’t a newcomer to awards season. When she starred in the 2007 film Atonement, she received Golden Globe and Academy Award nominations for her supporting role as Briony Tallis. Unfortunately, she lost the Golden Globe to Cate Blanchett for I’m Not There and the Academy Award to Tilda Swinton for Michael Clayton.

14. She auditioned to be in Harry Potter.

Evanna Lynch totally nailed her portrayal of Luna Lovegood in the Harry Potter films. It’s hard to picture anyone else in the role, but it turns out that Saoirse actually auditioned for the part, but didn’t make the cut. She explained to The Independent, “I was too young — but at the time I thought, ‘I’d love to be in Harry Potter,’ When I was younger, I used to think they had the best job in the world.” FYI: Evanna is three years older than Saoirse.

13. Her parents were actually undocumented immigrants in New York.

Almost everyone is familiar with Saoirse Ronan’s starring role in Brooklyn about a young Irish woman immigrating to New York. The story has many connections to her own parents who went from Dublin to New York back before the actress was even born. In an interview with the Belfast Telegraph, Saoirse said, “They were illegal for the first three years, so they couldn’t go back home … That was hard. They didn’t know when they were going to be allowed back home because they didn’t know when they’d get their visas. Eventually, my mam got through on the lottery system, but my dad didn’t.” Her parents ended up marrying, leading to her dad getting a visa as well, so both could leave and re-enter the United States.

12. She has appeared on Broadway.

You can go and add this to another one of Saoirse’s long list of accomplishments. In 2016, she starred in The Crucible, alongside Ben Whishaw and Sophie Okonedo. The play was well-received and further cemented Saoirse’s status as a young actress to watch out for.

11. Her first film was I Could Never Be Your Woman.

After appearing in some television roles in Ireland, Saoirse made her big screen debut at just 11 years old in I Could Never Be Your Woman. The 2007 American romantic comedy starred Michelle Pfeiffer and Paul Rudd with Saoirse taking the role as Izzie. It didn’t end up being a super memorable movie, unfortunately, but Saoirse still held her own and proved that she could master an American accent – even at such a young age.

10…And she had her first kiss in that film.

Not many people have their first kiss immortalized in film, but Saoirse has that honor with I Could Never Be Your Woman. She opened up about the experience to W Magazine. “My first kiss was on set. It was my very first film as well. My character really liked this boy, and she didn’t know if he noticed her. In the end she got to kiss him,” she explained. “At that time, I was only 11 years old, and not ready to kiss a boy. I asked the director, ‘How long do you want me to kiss him? How many seconds?’ And the director said, ‘Three seconds.’ So while kissing, I counted in my head. Every single take I was like, ‘One, two, three.’ And then: ‘Okay, kill, cut!’ I definitely suffered for art.”

9. She has appeared in an Ed Sheeran music video.

Saoirse has actually appeared in a few different music videos, but she had a key role in Ed Sheeran‘s “Galway Girl” music video. It’s fitting because she’s Irish – though she didn’t actually ever live in Galway. She is the one who leads Ed around the music video and they get into some interesting situations. If you haven’t seen it, do yourself a favor and watch it.

8. Ed Sheeran has a tattoo of her handwriting.

Here’s another Ed Sheeran/Saoirse Ronan fact for you. Saoirse revealed on The Graham Norton Show that the “Galway Grill” tattoo Ed has in the “Galway Girl” video is actually real, and she was the one who wrote it. As for it being “grill” instead of “girl,” that was intentional.

7. She has been romantically Hozier.

Of course, people are curious about who Saoirse is dating along with all of the awards she is racking up. She tends to keep her private life private, but she has been linked to fellow famous Irish kinsman Hozier. Fun fact: She also appeared in his “Cherry Wine” music video. Damn she’s a bona fide music video star now, too!

6. She lived in a fishing village in Ireland.

Speaking of Saoirse’s life in Ireland, the actress and her family moved around a bit. First, they moved back to Dublin when she was a toddler, where both of her parents were originally from. They briefly lived in County Carlow, in the northern part of Ireland before they settled in Howth, a fishing village, east of central Dublin when Saoirse was a teenager. Google it and you’ll see some picturesque houses surrounded by water and cliffs.

5. She didn’t cover up all of her acne in Lady Bird.

We all know how Saoirse dyed her blonde hair red for Lady Bird, but she also made a choice not to completely cover up her skin. She told Vanity Fair, “My skin wasn’t great at the time and I had acne. Jackie, the makeup artist, asked me how I felt about not covering that up as much and I thought it was a really good opportunity to let a teenager’s face in a movie actually look like a teenager’s face in real life.” She continued, “I think we all really wanted Lady Bird to be as authentic as possible, but also let the audience see how she had her own style and her own look and she was a bit of a rock star in that way.” We love that.

4. She is playing Mary Queen of Scots.

If you’re wondering what else you can look forward to from Saoirse, she is playing Mary Queen of Scots in the upcoming eponymous 2018 film. You might have seen her in full costume, looking unrecognizable. She stars in the film alongside fellow awards season nominee Margot Robbie as Elizabeth I, David Tennant and Joe Alwyn, aka Taylor Swift‘s boyfriend. We wonder if Saoirse met the pop star on set!

It has been rumored that while her parents were in New York, her dad looked for worked as an actor. He auditioned for a play, got the part and also ended up with a role in The Devil’s Own alongside Brad Pitt. Saoirse’s father apparently took Saoirse on set with him when she was young so she met Brad then, even if she doesn’t remember it.

2. She hasn’t done her own Irish accent in a movie.

There has been a lot of talk about Saoirse’s Irish accent. Despite playing a young Irish woman in Brooklyn she has revealed that she has never done her Irish accent in a movie. She told Variety, “I went into Brooklyn, and I said straight away, ‘I’m not using my own accent.'” Confused? There are many different types of Irish accents.

1. Her name means “freedom” in Irish.

You’re still wondering about the name, aren’t you? If you’re wondering why her parents named her “Saoirse,” it’s not just some random name that they made up like celebrities like to. It actually means “freedom” in Irish. That’s your Irish language lesson for the day. 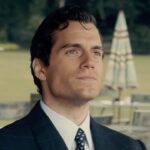 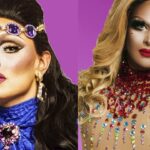