In all of women’s tennis, Samantha Stosur has the best twist serve, which she uses primarily as a second serve, kicking the ball high enough against her opponents to often draw a weak return that she can put away with her forehand. She also has an outstanding topspin-slice first serve, among the most powerful on the tour. Stosur uses very heavy topspin on her forehand much as she does on her twist serve, making her opponents meet the ball too high to generate any pace. Sam showed remarkable mental toughness in the 2010 US Open final, where she maintained a high level of play despite the huge occasion and a prolonged angry outburst from her opponent, Serena Williams, who misunderstood a rule and got the crowd yelling wildly in support for a few games thereafter.

Australian professional tennis player Samantha Stosur has a net worth of $20 million dollars, as of 2021. Stosur s a former world No. 1 in doubles, a ranking which she first received on 6 February 2006 and held for 61 consecutive weeks.

This Samantha Stosur Net Worth profile originated at WealthyGenius.com 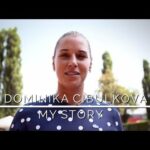 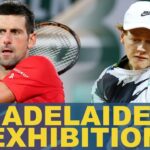