How much is Sam Cooke worth?

Who Is Sam Cooke

Sam Cooke was born in Clarksdale, Mississippi, but was raised in Chicago, Illinois from the age of 2 on up. He was one of eight children born to Annie Mae and Charles Cook. His father was a minister, so Sam grew up singing in church, and also learned how to play the guitar and piano. He began his music career as a member of a handful of bands, starting with a group he and his siblings formed called The Singing Children. He later helped form the Gospel vocal group The Highway QC’s in 1945 and stayed until joining another Gospel group, The Soul Stirrers, in 1950.

American singer, songwriter, civil-rights activist and entrepreneur. Influential as a singer, composer, and producer Sam Cooke has a net worth of about $5 million dollars at the time of his death, in 1964. Today, as of 2021, his estate is estimated to be worth upwards of $100 million. He is known as the “King of Soul”.

After singing with The Soul Stirrers for over six years, Cooke, who had added an ‘e’ onto his last name, left the group and eventually signed a contract with Keen Records. Leaving Gospel behind, he had his first secular hit as a solo artist with the song “You Send Me” in September, 1957. Over the next three years, Keen Records released eight Sam Cooke studio albums, including three albums of new or mostly all-new music. In 1961, he left Keen and signed with RCA Records.

Sam was shot and killed after angrily confronting the manager of a Los Angeles motel he’d checked into earlier that evening. Cooke had angrily gone to the manager’s office wearing nothing but a sport jacket and shoes because a woman he had taken to his room had left while he was in the bathroom, taking his clothes with her. He thought the female manager may have known where the woman was and grabbed her in an attempt to gain some information. The motel employee, in fear of her life, broke free, grabbed a gun she kept for protection, and shot Sam once in the torso. Police later ruled the killing justifiable homicide. 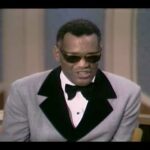 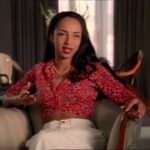