How much was Sally Ride worth?

Tenniss loss was a boon to the rest of the world.

Born in Encino, CA on May 26, 1951 to Dr. & Mrs. Dale Ride, Sally Rides early love was tennis. After winning a tennis scholarship to Westlake School for Girls in Los Angeles, she dropped out of Swarthmore college to pursue a professional tennis career. Soon, she realized that all her hard practice wasnt sufficient to make her good enough for the competitive world of professional tennis. She returned to her education, enrolling at Stanford University.

American astronaut and physicist Sally Ride had a net worth of $2 million dollars at the time of her death, in 2012. Ride was the first American woman in space, and third overall after USSR cosmonauts Valentina Tereshkova and Svetlana Savitskaya.

In 1977, she was 27 with a bachelor of science in Physics, a bachelor of arts in English, & a master of science in Physics & was a Ph.D. candidate looking for postdoctoral work in astrophysics. Picking up the Stanford University newspaper, she read about NASAs search for astronauts & decided to apply to be an astronaut. Over 8000 people applied. 35 were accepted, including 6 women, one of whom was Sally Ride.

After receiving her acceptance as an astronaut in January, 1978, Sally Ride began a 1-year training & evaluation period she underwent extensive training that included parachute jumping, water survival, gravity & weightlessness training, radio communications & navigation. She completed this in August, 1979. This made her eligible for assignment as a mission specialist on future Space Shuttle flight crews. She subsequently performed as an on-orbit capsule communicator (CAPCOM) on the STS-2 & STS-3 missions.

In 1983, Dr. Sally Ride became the first American woman in space as an astronaut on the shuttle Challenger. She was a mission specialist on STS-7, which launched from Kennedy Space Center, FL, on June 18. She was accompanied by Captain Robert Crippen (commander), Captain Frederick Hauck (pilot), & fellow mission specialists Colonel John Fabian & Dr. Norman Thagard. This was the second flight for the Challenger & the first mission with a 5-person crew. During the mission, the STS-7 crew deployed satellites for Canada & Indonesia; operated the Canadian-built Remote Manipulator System to perform the first deployment & retrieval exercise with the Shuttle Pallet Satellite; conducted the first formation flying of the orbiter with a free-flying satellite; carried & operated the first U.S./German cooperative materials science payload; & operated the Continuous Flow Electrophoresis System & the Monodisperse Latex Reactor experiments, in addition to activating seven Getaway Specials. Mission duration was 147 hours before landing on a lakebed runway at Edwards Air Force Base, California, on June 24, 1983.

After establishing an historic feat by becoming the first American woman in space, her next flight was an eight-day mission in 1984, again on the Challenger, when she served as a mission specialist on STS 41-G, which launched from Kennedy Space Center, Florida, on October 5. This was the largest crew to fly to date & included Captain Robert Crippen (commander), Captain Jon McBride (pilot), fellow mission specialists, Dr. Kathryn Sullivan & Commander David Leestma, as well as two payloads specialists, Commander Marc Garneau & Mr. Paul Scully-Power. Their 8-day mission deployed the Earth Radiation Budget Satellite, conducted scientific observations of the earth with the OSTS-3 pallet & Large Format Camera, as well as demonstrating potential satellite refueling with an EVA & associated hydrazine transfer. Mission duration was 197 hours & concluded with a landing at Kennedy Space Center, Florida, on October 13, 1984.

In June 1985 Dr. Sally Ride was assigned to serve as a mission specialist on STS 61-M. When Challenger exploded in January, 1986, she terminated mission training in order to serve as a member of the Presidential Commission on the Space Shuttle Challenger Accident.

Upon completion of the investigation she was assigned to NASA HQ as Special Assistant to the Administrator for long range & strategic planning. She was responsible for the creation of NASA’s “Office of Exploration” & produced a report on the future of the space program, “Leadership & America’s Future in Space.”

Retiring from NASA in 1987 Dr. Sally Ride accepted a position as a Science Fellow at the Center for International Security & Arms Control at Stanford University. In 1989, she was named Director of the California Space Institute & Professor of Physics at the University of California, San Diego.

After working with the Internet companies, space.com & EarthKAM, Dr. Sally Rides most recent endeavor is Imaginary Lines, an organization founded to provide support for all the girls who are, or might become, interested in science, math & technology. One instrument of this mission is the Sally Ride Club, created for upper elementary & middle school girls across the country. 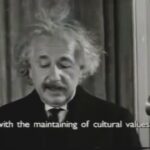