How much is Sally Field worth?

Born in Pasadena, California, to actress Margaret Field (née Morlan) and salesman Richard Dryden Field, Sally had a difficult youth. Her parents divorced when she was six years old, and her mother remarried, this time to a stuntman named Jock Mahoney. In Sally Field’s memoir, released in 2018, she wrote that she was sexually abused by Mahoney during her childhood. When she was 17, after growing up fast, she became pregnant and underwent an abortion in Tijuana, Mexico.

Sally has always been very beautiful. Aside from two marriages, first to Steven Craig and later to Alan Greisman, she has been romantically linked to Pete Duel, Davy Jones, Lee Majors, Jimmy Webb, Kevin Kline, Johnny Carson and Burt Reynolds. She dated Reynolds for four years but eventually refused his marriage proposals and they later broke up. In the year of his death in 2018, Reynolds proclaimed that Sally was the love of his life.

As a teen, Field attended Portola Middle School and Birmingham High School in Van Nuys. Her classmates included financier Michael Milken, actress Cindy Williams, and talent agent Michael Ovitz. Outside of her regular schoolwork, she was also a cheerleader. She later attended the Lee Strasberg Institute.

American actress Sally Field has an estimated net worth of $50 million dollars, as of 2022. Field is an incredibly talented actress who has been nominated for three Academy Awards, winning two.

Her career as an actress began in 1965, when she was cast in the role of Frances Elizabeth ‘Gidget’ Lawrence in the TV series, Gidget. She was paid $500 per week for her appearances. However, the show was cancelled after a single season as a result of bad ratings. In 1967, she appeared as Sister Bertrille in the TV series, The Flying Nun for which she was paid a reported $4,500 salary per episode. The show was a success, running for three seasons and had Sally appearing in a total of 82 episodes. As she was becoming more well known among audiences, her film work also increased. She appeared opposite Kirk Douglas in The Way West, as well as in many more TV series for single episodes.

In 1977, she starred alongside her then-boyfriend Burt Reynolds in Smokey and the Bandit. The film was an instant hit, it was met with critical praise and performed so well at the box office that another film was green lit, Smokey and the Bandit Ride Again. Previous to the release of the sequel, Sally appeared in the role of Norma Rae in Norma Rae (1979), earning her fist Academy Award nomination along with her first win.

She followed up her success with roles in films like Absence of Malice, Kiss Me Goodbye, and Places in the Heart, earning her second Academy Award nomination and her second win from the latter. She also notably appeared in Murphy’s Romance, Punchline, and Steel Magnolias. Then, in 1993, alongside Robin Williams and Pierce Brosnan, she appeared as Miranda Hillard in the popular comedy film Mrs. Doubtfire. She then famously played the role of Tom Hanks character’s mother in Forrest Gump, a film that became a huge commercial success and won six Academy awards.

To round out the 90s, she appeared in A Woman of Independent Means, Merry Christmas, George Bailey, From the Earth to the Moon, and David Copperfield. In the 2000s, she appeared in the films Where the Heart Is, and Legally Blonde 2: Red, White & Blonde, as well as 12 episodes of ER from 2000 to 2006, and 109 episodes in Brothers & Sisters from 2006 to 2011, from which she earned an Emmy Award for “Outstanding Lead Actress in a Drama Series.” She then earned her third Oscar nomination for Lincoln, as well as appeared in The Amazing Spider-Man franchise and, more recently, Hello, My Name Is Doris.

Sally Field’s has earned two Academy Awards during her career, as well as tens of millions of dollars from her performances. Her career began to show promise in the late ’70s, with the success of Smokey and the Bandit alongside Burt Reynolds. However, it never looked brighter than after her 1985 second Oscar win, for “Best Actress in a Leading Role” in Places in the Heart. In total, Sally Field has earned estimated total career income of $70 million dollars.

Of that amount, $5-8 million is expected to have been paid in business related costs. The remainder, $63.5 million, will have been taxed at a rate of around 50% as Sally Field has been residing between the states of California and New York. That is, as Sally earned through some high tax years early on in her career, but also earned greater sums at lower tax rates through the 2000s. After tax, it is estimated that her career earnings are at around $31.75 million dollars, having paid around the same amount in taxes.

Sally Fields has been married twice, her first marriage was to Steven Craig from 1968 to 1973. Together the couple had two sons, Peter and Eli Craig. Her second marriage was to film producer Alan Greisman from 1984 to 1994. They had one son together, Samuel Greisman. Between marriages, from 1976 to 1980, she was in a relationship with Burt Reynolds. It is likely that, given Fields high earnings, she may have paid around $1-4 million dollars between divorce settlements, in her two marriages, including associated legal fees. However, there is very little public information on these details of her life. It may have been a case that she herself received child support.

Fields has bought and sold property both in her home state of California, and also in New York. She sold a Malibu property in 2011 for $5.5 million and a year later, moved into a new apartment in a prestigious building on Horatio St in Manhattan’s Greenwich Village. That same year, she also bought a property in Pacific Palisades, Los Angeles for a reported $2.3 million.

In her personal life, Sally has likely spent $5-6 million dollars of her career earnings but also probably possesses assets valued at around $1-2 million, not including investment assets. In her investments, she may have earned investment returns of $24-30 million dollars. Therefore, it is estimated that Sally Field has a net worth of around $50 million dollars.

Sally Fields is an incredibly successful actress who was born in Pasadena, California, in 1946. Despite a difficult upbringing, including her parents divorcing and alleged sexual abuse perpetrated by her stepfather. Fields made a beeline to acting in Hollywood and it didn’t take her too long to meet with success. After some false starts, she found her feet acting alongside her then-boyfriend Burt Reynolds. While she refused his marriage proposals, Reynolds would later say that he had loved her for the rest of his life. Together, in the film, Smokey and the Bandit, they experienced great success. Success that was repeated three years later in a sequel, but not before Fields would meet with an even greater success when she won an Academy Award for her portrayal of the lead character, in Norma Rae. A feat that she would repeat five years later when she, once again, won “Best Actress in a Leading Role”, this time for her role in Places in the Heart. To this day, Fields continues to appear and feature in both films and television series. She was awarded a Star on the Hollywood Walk of Fame in 2014. 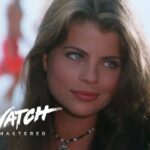 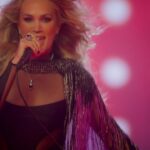