How much is Sacha Baron Cohen worth?

Who Is Sacha Baron Cohen

Sacha Baron Cohen is a British comedian, writer and actor famous for his characters Ali G, Borat and Bruno, each of which has headlined a feature film. Baron Cohen is a true comedy chameleon, disappearing completely into his characters to the point of being unrecognizable. His comedy depends on fooling strangers (usually politicians or celebrities) into letting their guards down or creating awkward situations. He is a brilliant satirist, allowing people to show their true colors and forcing them to deal with discomfort and otherness.

Sacha Baron Cohen was born to an Orthodox Jewish family in London, England, in October of 1971. He attended prep school and private school in Hertfordshire before enrolling at Cambridge University. It was there that Baron Cohen began appearing on stage in school productions.

In 1998, Baron Cohen made his first appearance as flamboyant fashion designer Bruno on the Paramount Comedy Channel, and the rest of his career was born. Clueless hip-hopper Ali G followed shortly thereafter, eventually getting his own series, Da Ali G Show, on Channel 4 in 2000. The series won the BAFTA for Best Comedy in 2001.

In 2002, Baron Cohen took Ali G to the big screen with the film Ali G Indahouse. The film did not receive wide distribution in the U.S. until a few years later, when it went straight to DVD.

In 2003, the American version of Da Ali G Show debuted on HBO. Baron Cohen would interview politicians and celebrities (including Buzz Aldrin, Pat Buchanan and Newt Gingrich) in character either as Ali G, Bruno or Borat, and his interview subjects weren’t in on the joke. Da Ali G Show was nominated for four Emmys during its two-season run on HBO.

In 2006, Baron Cohen went from cult hero to worldwide phenomenon with the release of Borat: Cultural Learnings of American for Make Benefit Glorious Nation of Kazakhstan. The film was a massive box office success, winning seven major critics award (including the Golden Globe for Best Actor in a Comedy for Baron Cohen) and four more nominations.

In addition to its success, Borat garnered controversy and ran into legal issues. The government of Kazakhstan threatened a lawsuit over the film, displeased with the country’s portrayal as a backwards nation. Additionally, three college students appearing in the film sued the filmmakers, claiming they were coerced in signing releases while drunk and didn’t know the film would play in the U.S. Both suits were eventually dismissed or dropped.

Claiming that he could no longer play Borat or Ali G because they were both overexposed (if he’s recognized, the joke is ruined), Cohen received a huge payday to bring Bruno to the big screen. The finished film, called simply Bruno, was released in July of 2009.

My thoughts on the Bruno movie

One thing is for sure: I walked away from the film Bruno with my suspicions confirmed that its creator and star Sacha Baron Cohen is an absolutely brilliant and fearless comedian. I only wish I had liked his movie better.

Cohen, the chameleon-slash-comic anarchist behind the 2006 cultural phenomenon that was Borat, created another aggressively vulgar, offensive and politically charged comedy designed almost solely to push buttons — both those of his on-screen victims and of the audience. Here, his flamboyant Austrian fashion designer character Bruno, disgraced after a runway show gone horribly wrong, heads off to America to become the biggest star in the world — no matter what it is he’s famous for. That leads to ill-conceived attempts to make a sex tape, shooting a pilot for CBS, adopting an African baby (and naming him O.J.) and converting to heterosexuality. It’s a loosely-structured, semi-documentary much in the same style as Borat, but this time Cohen and director Larry Charles go too heavy on the scripted interludes that link each set piece together.

What made Borat so special was that Cohen was able to coax out people’s inner racist by making them feel he either didn’t understand them or was on the same bigoted page; he provided the comic rope upon which his subjects would hang themselves. With Bruno, though, that proves almost impossible to do — probably because the character himself is so outlandish and aggressively in-your-face. People are too busy reacting to Bruno that they never have the chance to get comfortable with him.

Forcing people to confront their discomfort is much of the point of Bruno, and on that level it nearly works. But Cohen doesn’t always play entirely fair (this being a comedy, I suppose that’s not required). More than once, he isn’t necessarily exposing homophobia, either because it’s clearly already there (like with a pack of redneck hunters or the disgusting “God Hates F*gs” group) or because he pushes a subject to the point where they must react. Former presidential candidate and chicken impresario Ron Paul is polite to a point, but is literally backed into a corner when Cohen traps him into a room and takes his pants off. There’s no excusing his shouting of the word “queer,” but you can hardly blame Paul for wanting to get out of there. Even in the context of a heterosexual situation, it’s too awkward a situation not to want to bail. Still other subjects, like a psychic Bruno goes to visit, ought to be given awards for the patience displayed.

What’s amazing about Bruno is that it got made at all; Borat was such a sensation that it’s difficult to believe Cohen could pull the wool over everyone’s eyes a second time. It’s a testament to his gifts as a comedian, then, that he was never recognized and outed as a prankster. Even if his interview subjects couldn’t place him, Bruno himself is such an exaggerated character that it’s a wonder anyone even attempts to take him seriously. As an improviser, Baron Cohen is brilliant — he always knows the right questions to ask to tip interviews from clueless to mean-spirited, such as his interviews with a former reality star who makes fun of a fetus or twin PR consultants more than willing to exploit suffering, if only they knew how to pronounce it.

I like the way Baron Cohen tries to force the audience for Bruno to confront their own homophobia, but his garish character and the insane amounts of graphic male nudity and sexual material may only fuel some people’s intolerance. The film is shooting off in too many directions, not quite sure what its satirical targets are; Baron Cohen is too happy just to throw everything he can at the wall and see what offends. In the end, Bruno is better at shocks — Cohen is nothing if not one of the best boundary-pushers comedy has ever seen — than at satire. I’ll confess that my hopes for the latter left me a little disappointed by the movie, even though I’ll still argue that its star is a certified comedic genius.

My thoughts on the The Dictator movie

What a disappointment The Dictator was. It’s not just bad for a Sacha Baron Cohen movie (whose previous output is mostly inspired and set a high bar); it’s bad for any comedy. It’s also a bad movie. I won’t go so far as to say that Cohen has “lost it,” but between the incredibly uneven Bruno and now The Dictator, he has certainly gotten off track.

Cohen stars as Admiral General Aladeen, the ruthless dictator of the fictional North African Republic of Wadiya. When he travels to U.N. headquarters in New York City for a nuclear arms summit, Aladeen’s uncle Tamir (Ben Kingsley) plots to overthrow him, hiring an assassin to take him out and replacing him with a dim-witted double (also played by Cohen). Aladeen escapes his attacker and, stripped of his identity, hides out in NYC, teaming up with a super-liberal supermarket owner (played by Anna Faris) and a former Wadiyan scientist (Jason Mantzoukas) to infiltrate the U.N. and reclaim his seat as the ruler of Wadiya.

In the past, Cohen’s comedy — from Da Ali G Show to the massively successful Borat and the aforementioned Bruno — has depended on the comedian disappearing deep into characters and interacting with an unsuspecting public. It was terrific satire, exposing people’s worst prejudices simply by giving them enough rope with which to hang themselves. In The Dicatator, Cohen has gone a different way; like his first feature film, Ali G Indahouse, this is an entirely “fictional” movie, in which he interacts only in scripted scenes with other professional actors. The end result is somewhat similar, in that he’s playing a “foreign” character who comes to America and misunderstands pretty much everything, wreaking havoc and offending anyone with whom he comes in contact. The only difference is that this time around, everyone is in on the joke.That removes the element of danger and unpredictability from the movie, which would be ok if the material was able to compensate. It isn’t. Aladeen is basically a one-note character, and almost all of his interactions with other people are the same (except his relationship with Faris, which eventually turns romantic; I’m not sure if Aladeen’s desire to find “someone to cuddle” is a studio note or a parody of that kind of studio note). And while Cohen and director Larry Charles are willing to do anything for a laugh, there are too many moments in The Dictator that feel just plain desperate. This is the kind of movie in which a man defecates on someone from the sky; moments later, his genitals fly towards the camera lens. If it’s meant to shock, it doesn’t. If it’s meant to gross us out, it doesn’t. If it’s meant to make us laugh, it doesn’t.

It also appears that a great deal was left on the cutting room floor — that is, unless appearances from comedians like JB Smoove and Jessica St. Claire were meant to be little more than brief cameos. Garry Shandling shows up at one point and doesn’t even get to utter a single line of dialogue. This is the kind of comedy that was clearly constructed in the editing room, which goes a long way towards explaining its patchy pacing and uneven, episodic plotting.

Cohen is still a gifted comic performer, and I’m happy to see him attempting to evolve — there wasn’t much gas left in the Borat-style “prank” tank. But, The Dicator, while different in some ways, feels like an imitation of Sacha Baron Cohen. 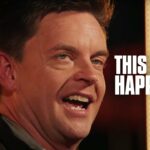 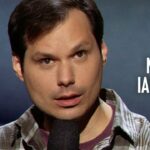