How much is Ryan Phillippe worth?

From Cruel Intentions to Gosford Park to Crash Ryan is on the marquees just as often as he’s in the headlines.

Who Is Ryan Phillippe

He’s foregone blockbuster hits for independent flicks and scored with a bevy of Hollywood’s leading ladies along the way. Now with more than two decades in the industry, Ryan is figuring out how to plot his next move while being a dad of three.

American actor Ryan Phillippe has a net worth of $30 million dollars, as of 2021.

Matthew Ryan Phillippe was born and raised in New Castle, Delaware. His father was a chemist and his mother operated a daycare out of the home. Even though he had no access to drama classes or theater training, he was attracted to the business at an early age—often casting his three sisters in films that he wrote and directed, and holding premieres for his parents. But it wasn’t until he saw Cool Hand Luke at age 12 that he actually thought about as a career. Adolescence was kind to the athletic charmer and he was discovered at 15 while getting his hair cut at a barbershop.

He landed an agent and scored modeling jobs for a couple of years before graduating high school and heading to New York City in 1992. Once there, he earned his first break, playing closeted gay teen Billy Douglas on ABC’s hit soap opera One Life to Live. At 17, Ryan was the first gay character ever to appear on daytime television. But his time on the show would be short—just 13 episodes. After being written out of the soap, Ryan packed up and headed to Hollywood.

It didn’t take too long for the chiseled new kid with the model good looks to score a job. His big screen debut came as an extra in Crimson Tide, but he followed it up quickly with a considerably meatier (though still boat-related) part in 1996’s White Squall, alongside Jeff Bridges. Although these roles helped to circulate his name in the Hollywood circuit, his big break would come the following year as cocky rich kid-turned-bloody corpse in the slasher, I Know What You Did Last Summer.

The horror film was a hit and turned Ryan into a national heartthrob—just as his own heart was gaining direction. He had crashed the 21st birthday part of relatively unknown actress Reese Witherspoon to find some free drinks. As the story goes, they talked for hours and she told him, “I think you’re my birthday present.” The pair ended up dating for two years, married in June of 1999, and welcomed their first child, Ava Elizabeth, in September of that year. Talk about a birthday gift with longevity.

Meanwhile, his professional life was intersecting with Witherspoon as well. The two starred together in Cruel Intentions, an updated teenage Les Liaisons Dangereuses. The film would see him at the height of his sex symbol fame. From 1999, Witherspoon went on to star in blockbusters like Legally Blonde and Sweet Home Alabama, but Ryan chose to go a different route, finding independent films to sink himself into. He took a minor role in Gosford Park to work with legendary director Robert Altman, and followed with the celebrated indie comedy Igby Goes Down.

As his family expanded (son Deacon was born in 2003), Ryan continued to pass on easy paydays and instead focused on choosing quality projects—and in the process, the tabloids would focus, ad nauseam, on how Witherspoon was more successful. Nonetheless, he played a rookie cop in 2005’s Best Picture Oscar winner Crash, and worked with Clint Eastwood in Flags of Our Fathers. But while his work matured, his family life crumbled around him—he and Witherspoon would separate in late 2006, and divorce soon after.

Though his divorce was public and messy and admittedly “the worst time of my life,” Ryan weathered the storm intact. He has continued to date, most notably Abbie Cornish and Amanda Seyfried, and continued to seek interesting roles in flicks like Stop-Loss, Breach, and The Lincoln Lawyer. Despite his nearly two decades in the business, he is still establishing himself as a serious actor.

Defining Quote “We’re actors man. We’ve got pretty good lives. We don’t have a lot to complain about.” 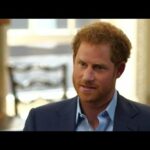 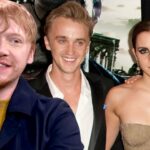