How much is Ryan Gosling worth?

You’ve seen him kissing in the rain in The Notebook before landing an Oscar nod in Half Nelson and getting a little crazy in Lars and the Real Girl.

Who Is Ryan Gosling

You won’t see Ryan Gosling’s name splashed across the tabloids if he can help it. Fiercely protective of his personal life, this studly Canadian also gives directors a run for their money as one of the hardest actors to pin down. Rather than capitalize on his popularity, Ryan avoids becoming typecast as the perpetually suave pretty boy. Instead he explores the uniquely dark characters that test the boundaries of film.

Canadian actor Ryan Gosling has a net worth of $70 million dollars, as of 2021. He is married to Eva Mendes.

Ryan was bitten by the performance bug at a young age—dancing in a local talent show at the age of seven in the little town of London, Ontario. He finally got his foot in the door when he landed a spot in the famed, and infamous, Mickey Mouse Club. Ryan danced alongside budding heavyweights like Christina Aguilera, Justin Timberlake and Britney Spears. But when the show was canceled, he grudgingly moved back to his hometown. That didn’t stop Ryan from landing gigs on television shows, most notably Young Hercules when he was 18.

In 2000, Ryan made his film debut in Remember the Titans alongside Denzel Washington. However, people started noticing his raw acting talent in The Believer, a controversial film about a Jewish white supremacist that went on to win the Grand Jury Prize at the Sundance Film Festival. Reeling from his recent success, Ryan garnered praise again for his performance in The Slaughter Rule and earned mild box office success in Murder by Numbers. As an added perk, Ryan walked away from the film with a new lady on his arm, his co-star Sandra Bullock. The pair only dated for a year, but Ryan proved he was a leading man both onscreen and off.

The world collectively swooned for Ryan in 2004’s The Notebook, which was box office gold. This deeply moving love story earned $115 million worldwide and Ryan was suddenly one of the hottest leading men alive. To the joy of viewers everywhere, Ryan and his on- and off-screen leading lady, Rachel McAdams, sealed their budding romance with a reenactment of the passionate kiss from their flick at the MTV Movie Awards. But instead of becoming nothing but a heartthrob, Ryan chose to hone his craft off the radar. He traveled to Darfur to write a film about child soldiers and became a spokesperson for the non-profit Invisible Children.

His next film wasn’t anything close to romance—he opted to play a drug addled high school teacher in Half Nelson in 2006. Ryan garnered rave reviews and was nominated for an Oscar for Best Actor. He won Best Male Breakthrough Performance from the National Board of Review and an Independent Spirit Award for Best Male Lead. He went on to co-star with Anthony Hopkins in Fracture, which earned modestly at the box office. In 2008, after some time on-again and off-again, the world heaved a collective sigh when Rachel and Ryan broke up.

Proving how fearless he is, Ryan shocked audiences when he gained weight to star as a loner who falls in love with a sex doll in Lars and the Real Girl. It pushed the limits of audience comfort zones and delighted critics earning him a Golden Globe nomination for Best Actor in a Comedy and received critical praise at the Toronto Film Festival.

Ryan continues to push the boundaries. He sings and plays several instruments in the band Dead Man’s Bones, works in a downtown L.A. deli and takes waiting shifts at Tagine, a restaurant he co-owns. Not that he needs a second job—his film career is still sizzling.

Defining Quote “I can’t tell you how many times people go, ‘Are you Ryan?’ And I go, ‘Yeah.’ And they say, ‘Can I get a picture?’ Then they take the picture and realize, in that moment, that I’m not Ryan Reynolds. I can see the disappointment in their faces.” 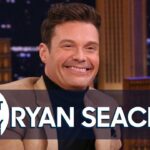 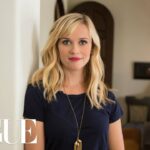