On January 25, 2013, Baze became the first North American jockey to ride 50,000 races when he finished third aboard Rich in NYC at Golden Gate after winning the first three races on the card. Baze has 11,839 career victories and isn’t thinking of retirement soon. The 54-year-old Baze said, “I don’t think it’s any big thing just going out there that many times, but going out there and really being successful at it, that’s what is important.”

On his long career Baze said, “I’m pretty fit. I’ve got a lot of miles under me. I don’t think my physical skills have diminished any at all. I get the odd ache and pain here and there but it’s manageable. Well, I think I’ve got a couple years left in me, anyway. Right now, I’m having a blast and have no intention of quitting. I figure in 2016 I’ll have 40 years in, and so, that might be enough. But I’ll cross that bridge when I get there.”

Retired horse racing jockey Russell Baze has a net worth of $100 million dollars, as of 2021. The total prize money that Baze has accumulated, currently stands at a staggering $186 million.

On Saturday August 14, 2010, at Santa Rosa, Russell Baze became the first jockey to reach 11,000 wins in a career aboard the Richard Mandella-trained Separate Forest in the 4th race. He said, “I tried to listen to (announcer) Michael Wrona’s call down the stretch. All I had to do was chirp at her. I’m going to keep chipping away.It made me feel real good to do something like that in front of such an enthusiastic crowd. I don’t think 12,000 is out of reach. I thought of all the horsemen that have supported me through the years. If they hadn’t put me on the kind of mounts they did, I wouldn’t be here.”

Most Wins Ever by a Jockey:

When Baze broke the record for most lifetime wins on December 1, 2006, at Bay Meadows aboard Butterfly Belle in the 4th race, he said, “When I got to the wire it was a feeling of total relief. There was elation that I had won the race and become the world’s winningest rider and relief that everyone who had been coming out here could finally go home. I could hardly believe when I started out that I’d be standing here someday, and here I am. I hope to get to 10,000 (winds). I’m really healthy right now, and I enjoy what I’m doing so I don’t think riding another four or five years is a stretch.”

Previous holder of the record for most wins by a jockey, Laffit Pincay Jr., said, “Russell’s a great jockey. He works very hard and he loves to ride. I knew sooner or later somebody would break my record, and when I retired I pointed out that it would be either Pat Day or Russell Baze. Pat Day retired but Russell is still going strong and riding great. He rides good horses, mediocre horses, and bad horses, and he rides them all the same. He gives them everything he has.”

Born on August 7, 1958, in Vancouver, British Columbia, “Russell the Muscle” rode his first winner on October 28, 1974, at Laffit Pincay Jr. in Washington on a horse trained by his father. He has been a fixture on the Northern California circuit for many years and is the perennial leading rider at both Bay Meadows and Golden Gate Fields, with over 60 riding titles between the two. Although he was born in Canada, Baze is the son of two American citizens and is an American by birth. At the time he was born, his father was riding at Exhibition Park (now known as Hastings Racecourse) in Canada.

From a Racing Family:

Baze comes from a family of horsemen. His father, Joe Baze, was also a leading rider in Northern Californa and Washington who won many riding titles, so he naturally just followed in his footsteps. His younger brother Dale was a jockey but has retired and is now an exercise rider. One cousin, Gary Baze, is a Washington Hall of Fame jockey, and two second cousins are also riders: Tyler Baze (well-known on the Southern California circuit) and Michael Baze (an up-and-coming jockey based at Monmouth Park).

Big Fish in a Small Pond:

He has dominated Northern California and although he tried the Southern California circuit for three years, he returned to his home ground again and picked up right where he left off. He has won at least 400 races in 11 of the past 13 years, and was close despite missing time due to significant injuries in the other two year. He was honored with a special Eclipse Award in 1995 for being the first jockey ever to win 400 or more races for four straight years. Not surprisingly, Baze also led the nation in victories 11 times: 1992-1996, 2000, 2002, 2005, 2007-2009.

In addition to breaking the career wins record, Baze holds the record for most victories on a card in Northern California with seven, set on April 15, 1992, at Golden Gate Fields. He won the Isaac Murphy Award, a national honor which goes to the jockey with the highest win percentage (minimum 500 mounts), for nine straight years (1995-2003) and was inducted into the Hall of Fame in 1999. He also won the 2002 George Woolf Memorial Jockey Award, a lifetime achievement award, and the Special Eclipse Award in 1995 for winning 400+ races in a year for 4 years in a row.

His best known mount would have to be the brilliant sprinter Lost in the Fog, who he rode in all but one of his 14 starts. Other well known horses he rode are: Lite Light, Event of the Year, Hawkster, Devil’s Orchic, Itsallgreektome, Soviet Problem, North Sider, Chocolate Candy, Bold Chieftain, Connemara, and Indyanne. He has won most of the Northern California major races multiple times, but also has victories elsewhere like the Oak Tree Invitational, Oak Leaf, Del Mar Debutante, and Jim Beam Stakes. He was inducted into the National Museum of Racing and Hall of Fame in 1999, and into the Canadian Horse Racing Hall of Fame in 2012.

He currently lives in Woodside, California. He and his wife, Tami, have three daughters, Trinity, Brandi, and Cassie, and one son, Gable. He decided to remain in the Bay area so his kids could have a stable home and grow up there. Baze has come back from many injuries including a broken neck, broken back and broken pelvis. He is at the racetrack before sunrise six days a week, working horses he hopes to be guiding to victory in the future.

This Russell Baze Net Worth profile was originally published on the WealthyGenius.com website. Any posting of copyrighted material is expressly prohibited. 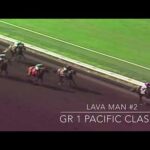 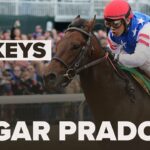