How much is Rush Limbaugh worth?

Who Is Rush Limbaugh

In 2001, Limbaugh announced that he had lost nearly all of his hearing. Some of his hearing was later restored through an implant.

Limbaugh announced on his radio show in 2003 that he had become addicted to painkillers and would undergo treatment. Several years later, he turned himself in on a warrant accusing him of “doctor shopping” in order to get prescription drugs.

Limbaugh lives in Palm Beach, Florida, with his fourth wife. He has no children.

American radio personality, conservative political commentator, author and former television show host Rush Limbaugh has a net worth of $500 million dollars, as of 2021. He has been the host of his radio show, The Rush Limbaugh Show, since 1988.

As the most listened to radio personality in the U.S., Rush Limbaugh’s significance can’t be overstated. With a weekly audience estimated to be more than 15 million people, his personality and views shape public opinion and help set the political conversation for the nation.

Limbaugh came onto the national political scene at an opportune time. In 1987, the Federal Communications Commission (FCC) repealed the Fairness Doctrine. That meant broadcast stations that aired politically-opinionated programming would no longer be forced into presenting opposing viewpoints.

Radio stations that might have normally shied away from a show with such political outspokeness wouldn’t have to worry about satisfying the federal government by finding a program with an equally fiery liberal host. Limbaugh’s loyal fans probably don’t realize the significance of purging that law, which had been in place since 1949, but it was one of 12 events that changed how media outlets cover news and how someone like Limbaugh could burst onto the national scene so quickly.

When Limbaugh’s show went national in 1988, it gave a dramatic boost to AM radio stations. Those stations had been losing audience share to FM stations, but by switching from music to talk formats, they reversed years of decline.

Like many people itching to get in radio, Rush Limbaugh first hit the airwaves as a teenager. He worked for a radio station in his hometown of Cape Girardeau, Missouri, in 1967.

Later he worked at stations in the Pittsburgh, Pennsylvania, area before moving to Kansas City. For a brief period, he worked outside of radio in the offices of the Kansas City Royals major league baseball team.

It was Limbaugh’s show in Sacramento that set the stage for his rise to national stardom. An ABC radio executive brought Limbaugh to New York City to begin his syndicated radio program.

Rush Limbaugh’s career highlights include a dose of controversy, which doesn’t diminish the enthusiasm of his millions of fans. The election of Bill Clinton as president in 1992 gave Limbaugh an easy target, especially coupled with first lady Hillary Rodham Clinton. Limbaugh wrote two political books in the early 1990s that made the New York Times bestseller list. He also hosted a syndicated TV show from 1992-96.

Limbaugh won a Marconi Radio Award as syndicated radio personality of the year in 1992, 1995, 2000 and 2005. That award is presented by the National Association of Broadcasters (NAB), a highly-respected trade group. He was inducted in the Radio Hall of Fame in 1993.

Limbaugh has many other awards, plus the ultimate reward for his radio career, a huge paycheck. In an interview with the New York Times, Limbaugh said his contract would pay him an estimated $38 million a year, plus a signing bonus. 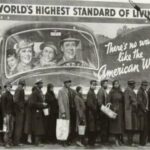 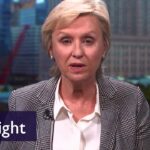